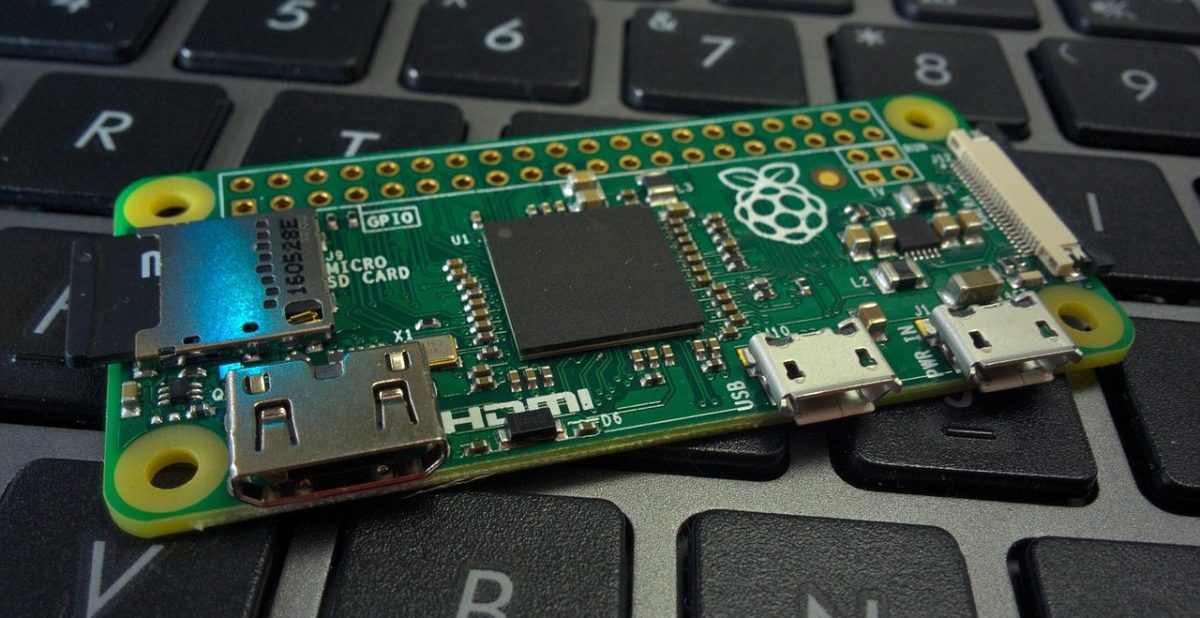 The Raspberry Pi has grown from being a curiosity, maybe even a novel idea, to be a key item for anyone wanting to learn programming, electronics, robotics, IoT, and more. The little board is accessible both in terms of price and learning curve, and has a sufficiently big enough fan base that there are thousands of ready-made projects, just waiting for you to try.

We take a look at the best Raspberry Pi Projects for beginners, advanced users, and even children — so you’ll be sure to find a project that interests you!

What can you do with a Raspberry Pi?

The Raspberry Pi is a Single Board Computer (SBC) that allows makers, enthusiasts, and hobbyists to develop and tinker with software and hardware to create all kinds of projects from simple electronic circuits (like a flashing LED) to full-scale robots with computer vision and machine learning! The original Raspberry Pi was released in 2012. Since then there have been several models and variations. Today the main choice is between the Raspberry Pi Zero W and the Raspberry Pi 4.

The former is an inexpensive single-core 32-bit CPU based board, which costs just $10 and has 512MB of RAM. The latter is more performance driven by comparison, and more expensive. It has a 64-bit quad-core CPU and comes with at least 2GB of RAM, with options available for 4GB and 8GB.

Both models support Wi-Fi, Bluetooth, USB 2.0, and HDMI. The Raspberry Pi 4 is able to drive two 4K monitors, offers Gigabit wired Ethernet, and includes two USB 3.0 ports. The key to the success of the Pi is not only the price/features but the universal support for 40 General Purpose Input and Output pins (GPIO pins). These pins allow programs running on the Pi to read or write digital signals. This means it can read data from sensors (like a temperature sensor) or control other peripherals like an LCD display or a stepper motor. When this is coupled with the Pi’s camera support then you now have a board that can interact with its environment via sensors, displays, motors, cameras, and more.

1. About me – In this project, you will learn how to write a Python program to tell people about yourself. You will learn the very basics of Python, as well as create some ASCII art!

3. Time-lapse animations with a Raspberry Pi – Learn how to write a small script to capture multiple images, using a Pi camera over a long period of time. You can then unlock the of power of time-lapse photography by combining them into an animated GIF. Along the way, you will learn how to use the Pi camera, advance your Python skills, and learn how to use ImageMagick to create animated GIFs.

4. Raspberry Pi Supercomputer Cluster – Supercomputers are expensive, use lots of electricity and need heavy-duty cooling. However, using Raspberry Pi boards you can build a supercomputer cluster and program it just like the real deal, but without needing a direct connection to a power station! With this project, you will learn the fundamentals of distributed computing and gain an understanding of how supercomputers are built and programmed to solve some of the world’s most complex problems.

5. Use any Raspberry Pi to build a NAS – A step by step guide – Just about any Single Board Computer (SBC) like a Raspberry Pi, Orange Pi, ODROID or NVIDIA Jetson can be used to create Network Attached Storage (NAS). Really the only prerequisites are that the board can run Linux, has a USB port, and has networking. After that, it just comes down to performance. This project will take you step-by-step through all the stages of using a Raspberry Pi to share its attached storage over your local area network. If you are interested in the various performance levels that can be achieved using RAID and the Raspberry 4 then check out Build a Raspberry Pi NAS with 4 Hard Drives and RAID.

6. Raspberry Pi 4 as a Network Router – The Raspberry Pi 4 is very versatile. Among its many talents is the ability to forward network traffic from one network interface to another. In this video, I will show you how to create a router between two wired Ethernet networks and how to make a Wi-Fi router.

7. Flight Tracking Using a Raspberry Pi – Most commercial aircraft send out ADS-B messages with the plane’s location, velocity, altitude, and call sign. Using a Raspberry Pi and a DVB-T USB dongle you can receive these messages and track flights in your area. You can also upload this data to services like Flightradar24, which helps make real-time flight data available to millions of aviation enthusiasts, and also gets you a free Flightradar24 Business Plan subscription (a $499.99/year value).

MQTT with a Raspberry Pi and an Arduino – MQTT allows data to be sent from IoT devices to smartphones or up to the cloud. MQTT (MQ Telemetry Transport) can be used on microcontrollers like the Arduino or on boards like the Raspberry Pi. Here is a full overview and demo using Android, Mosquitto on Raspberry Pi, and an Arduino.

8. Lost in Space – Scratch is a block-based visual programming language aimed mainly at children. It teaches the principles of programming using its block interface. In this project, you will learn how to program your own animation using loops.

9. Getting Started with Minecraft Pi – If you like Minecraft then the good news is that there is a free version of this popular sandbox open-world building game for the Raspberry Pi. Plus, it comes with a programming interface! As a result, you can write commands and scripts in Python to build things in the game automatically. A great way to combine programming with gaming fun!

10. Minecraft Selfies – Learn how to use the Pi Camera to take selfies, and then using Python see how you can render the image using blocks in Minecraft. As part of the project, you will learn how to convert images to RGB values, and how to iterate over multiple lists and compare values.

11. GPIO soundboard – Build a button-controlled soundboard that plays different noises when the buttons are pressed. You will learn how to play sounds in Python, and learn how to use the Python GPIO library to detect the button presses.

If you need some more general background information on the Raspberry Pi then check out these tutorial videos:

Two Monitors on a Raspberry Pi 4 – Demo and How To – One of the great features of the Raspberry Pi 4 is its support for two screens. When I did my Raspberry Pi 4 review, I didn’t have much of an opportunity to show how the dual-display support works. This video fixes that!

If you need help with vi or with the Linux command-line then you will also find these videos useful:

Understanding Vi and Vim (Vi IMproved) in 10 Minutes – If you ever need to edit a file from the Linux command line then the chances are you might need “vi” or “vim”. It is a quirky text editor, but powerful once you get to understand its ways! Here is a 10-minute tutorial.

Linux Directories Explained – including /etc /home /var /proc /usr – If you are new to Linux then the directory structure can be confusing, but within a few minutes you can understand the essentials.

10 Linux Terminal Commands for Beginners – The Linux command line can be quite daunting. What do commands like ls, cd, pwd and less mean? When you see that blinking cursor, what is the first thing you should type? Find out more in my Linux terminal command and utilities tutorial.

Raspberry Pi 4 Review – Dual displays and up to 4GB of RAM – The Raspberry Pi 4 Model B is here and it is a significant upgrade over the Raspberry Pi 3. This new board uses a quad-core Cortex-A72 based processor. It supports dual 4K monitors and has built-in USB 3.0, Gigabit Ethernet and Bluetooth 5.0 Here is my full review.

What You Need To Know About Non-Fungible Tokens

Which Technology Powers the iGaming Sector?

Method -6 years, the pedagogical tips are on the way: centrality of youngsters, new professions. Down load DRAFT [PDF]