Realme, the fledgling Oppo sub-brand within the BBK Electronics empire, is on the boil. The company has launched some showstoppers like the X2 Pro alongside more than a few gap-fillers since it appeared a little over two years ago. The X3 Superzoom is the company’s latest entry, this time taking on the mid-range multi-camera competition head first.

Realme, like OnePlus before it, leverages BBK’s economies of scale to deliver the enviable specs sheets it does. In the X3 Superzoom’s case, it also looks to benefit from the pioneering R&D work Oppo has done with periscope cameras. But cheap components and borrowed R&D don’t necessarily guarantee success. Let’s dive in.

This is the Realme X3 Superzoom review.

How good are the Realme X3 Superzoom cameras? 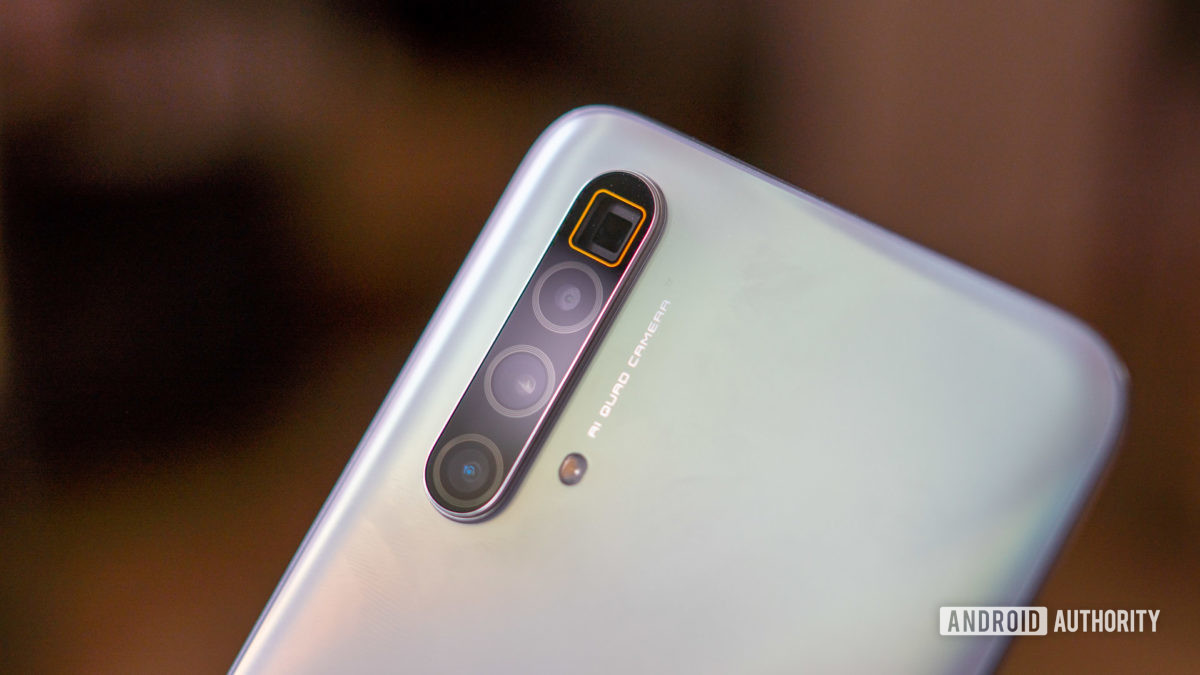 As we know, kickass specs sheets don’t always pan out to great performance in reality. The Realme X3 Superzoom looks to have the camera goods on paper. A 64MP main sensor (the same Samsung GW1 found on the Realme X2 Pro), plus an ultra-wide, macro, and 5x optical zoom sound great. Unfortunately, the results are a bit of a mixed bag.

I did get some impressive shots with the X3 Superzoom’s cameras, but not always.

I did get some impressive shots with the X3 Superzoom’s cameras, but not always. Some photos were as good as I’d expect from a more expensive camera while others ended up a muddy, noisy mess. Inconsistency is perhaps the Superzoom cameras’ greatest flaw. White balance will be perfect across all lenses at one moment and wildly variable the next, as you can see in the two sequences below.

Some fixed focus macro shots were great, others too noisy and fuzzy to be worth keeping. For best results, you have to nail the 4cm distance. I enjoy macro photography so I’m glad it’s included here but I wish the results were a bit crisper. 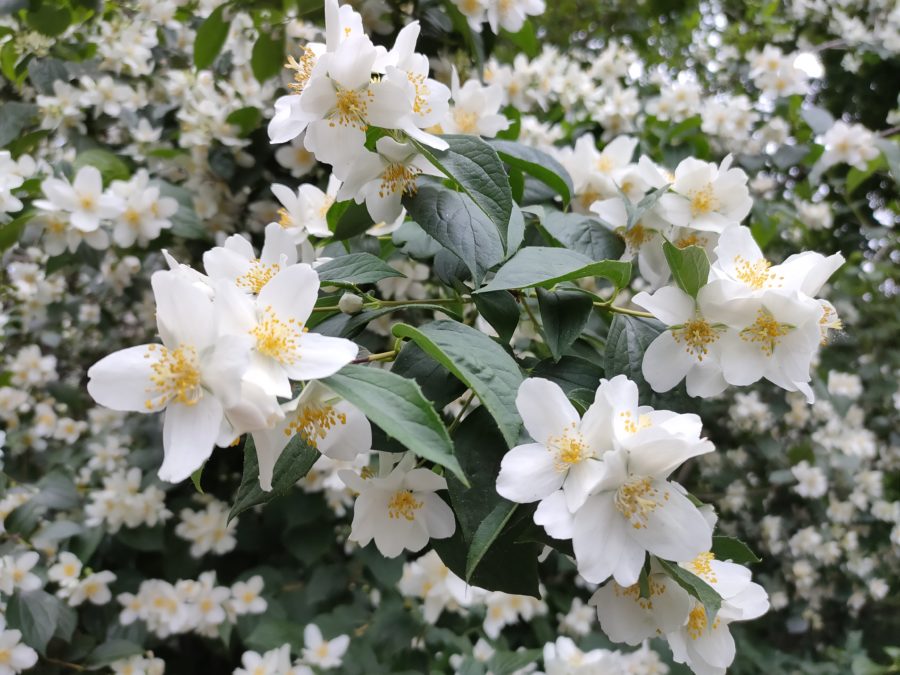 The ultra-wide is generally my favorite lens to shoot with. Unfortunately, it’s the worst camera on the X3 Superzoom. Common issues included magenta vignetting, excessive noise, and underexposure. In some shots with a bright light source, the image ended up with peculiar fog-like areas. The ultra-wide is passable in the daytime but hopeless in anything but perfect lighting.

The 64MP Samsung GW1 sensor bins down to 16MP images and does an admirable job as the primary shooter. Daytime photos are very even-handed with no crazy saturation or heavy-handed HDR effects. Dynamic range is good and detail is great at both 1x and 2x. 64MP mode is also available for when you want even more detail in good lighting.

10x images are still acceptable but anything beyond that isn’t worth the effort. 60x shots are a joke in any lighting conditions. Even with stabilization, it’s near impossible to keep a handheld subject in frame at 60x zoom.

The 5x periscope lens is where it’s at. Check out the optical zoom quality compared to the double-the-price Oppo Find X2 Pro below. As you can see, there’s no competition but the X3 Superzoom still holds up OK. A tad more sharpening on the X3 would make a big difference.

The Realme X3 Superzoom camera also comes with a whole host of night modes. There’s a regular night mode as well as a tripod mode for 50-second exposures for capturing light trails and the like. Starry Mode beefs up your astrophotography — something I unfortunately wasn’t able to test due to a lack of clear night skies. There’s also AI-assisted super- and ultra-night modes. Got all that?

What this all means is that you have several manual and automatic low-light options for better photos. You’re going to need these modes if you want a good low-light shot. Without them, the same issues appear like magenta vignetting on the wide-angle lens and huge amounts of noise and lack of detail on the other lenses. The various night modes successfully reduce noise but the results are still a letdown at anything other than 1x or 5x.

The X3 Superzoom camera system definitely has some strengths but unfortunately more than a few weaknesses. Ultimately, it’s the inconsistency that makes it a hard setup to recommend. It’s just too unreliable to be the go-to shooter in your pocket. If you’re considering other phones, to be competitive all you need to look for is a good main sensor and optical zoom.

Even with all the versatility the quad-camera system delivers, it needs work.

Even with all the versatility the quad-camera system delivers, it needs work. Early OnePlus suffered from similar camera woes. That BBK brand eventually produced good cameras so I’m sure Realme will get there. Whether that will happen via software updates within the lifetime of the X3 Superzoom is unlikely though.

What is the rest of the X3 Superzoom’s performance like?

For a mid-range price tag, the X3 Superzoom delivers some good specs but omits a few key things. The lack of an OLED panel and the Snapdragon 865 here will understandably be deal-breakers for some.

The Snapdragon 855 Plus may not be this year’s best silicon, but it was last year’s. If you don’t need 5G or 8K video, the 855 Plus should do you fine for performance. You can, of course, pick up a similarly-priced phone that does ship with an 865 like the Poco F2 Pro (which also comes with an OLED screen).

My European/global Realme X3 Superzoom review unit pairs the 855 Plus with 12GB of LPDDR4x RAM and 256GB of UFS 3.0 storage for up to 1500MB/s read speeds. I didn’t encounter any lag or stutters during normal use or gaming and a new liquid cooling system keeps everything cool via a copper heat pipe. All this helps the X3 Superzoom benchmark relatively well against the competition.

Note: There is also an 8GB/128GB version that hasn’t been priced or released yet. This variant will likely appear when the X3 Superzoom launches in India in late June.

The X3 Superzoom is not IP rated but, like OnePlus phones of the past, it’s “unofficially” water-resistant. Sidestepping the IP rating helps keep costs down by ~$30 on a phone so I’m OK with this. I wouldn’t treat your X3 Superzoom like an IP-certified phone, but there is a basic level of water-resistance.

The LCD panel is surprisingly good 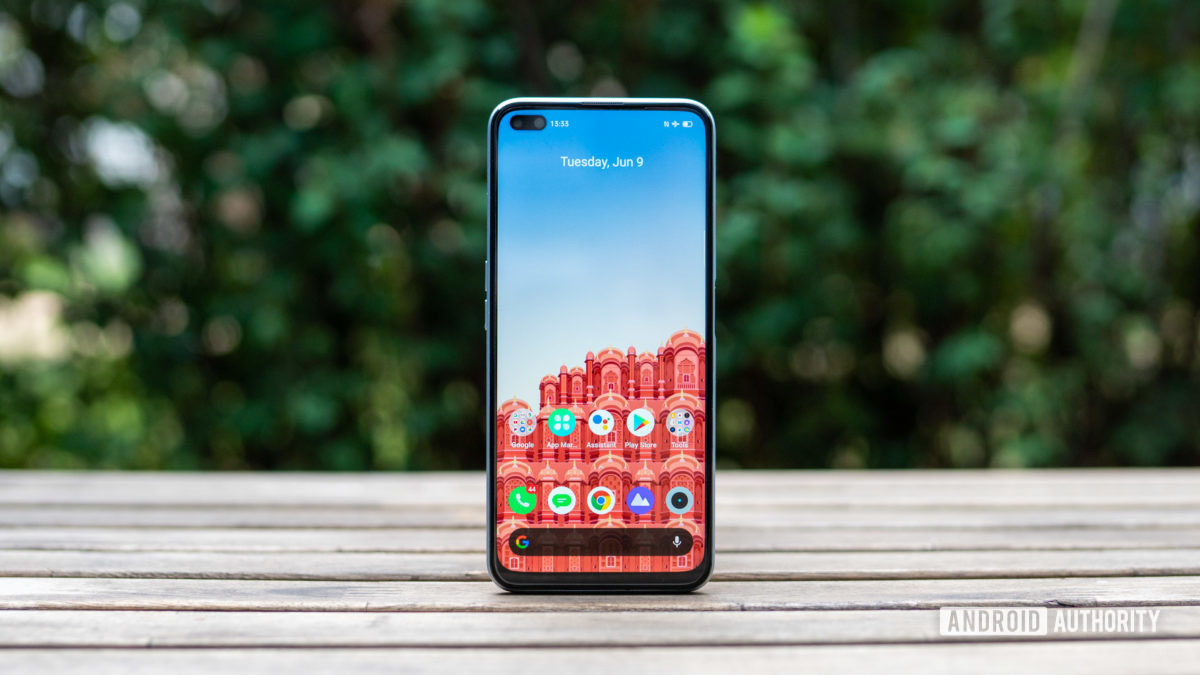 The 120Hz Full HD+ LCD display makes gaming more enjoyable (if the game supports high refresh rates). It’ll unfortunately take a while yet for every app, game, and streaming service to support high refresh rates. Having the option now is great for those that already do and helps future-proof your phone. The 120Hz panel is also noticeable in some regular day-to-day use cases.

The X3 Superzoom defaults to a variable refresh rate but you can force 60Hz or 120Hz all the time in the settings. I left my review unit on Auto Select to take advantage of it when necessary without unnecessarily draining the battery. The variable setting also switches to 90Hz in some instances — for example, in Chrome.

The LCD panel is surprisingly good. It can’t produce the same inky blacks as OLED panels but it performs very well. The boundary between blacks parts of the screen and the black bezel surrounding it is hardly noticeable and contrast is good.

I like the flat panel here but the pre-installed screen protector is a bit annoying because it catches your finger when swiping to navigate. If you’re tempted to remove it like I was, there’s Gorilla Glass 5 beneath to protect your investment.

This LCD is about as good as you’re going to get outside an OLED panel.

I found the default white balance to be pretty spot on with no off-axis color shift. Colors are vibrant and you can adjust color temperature and switch between P3 and sRGB color spaces in the settings. All told, the X3 Superzoom LCD is about as good as you’re going to get outside an OLED panel.

What about the rest? 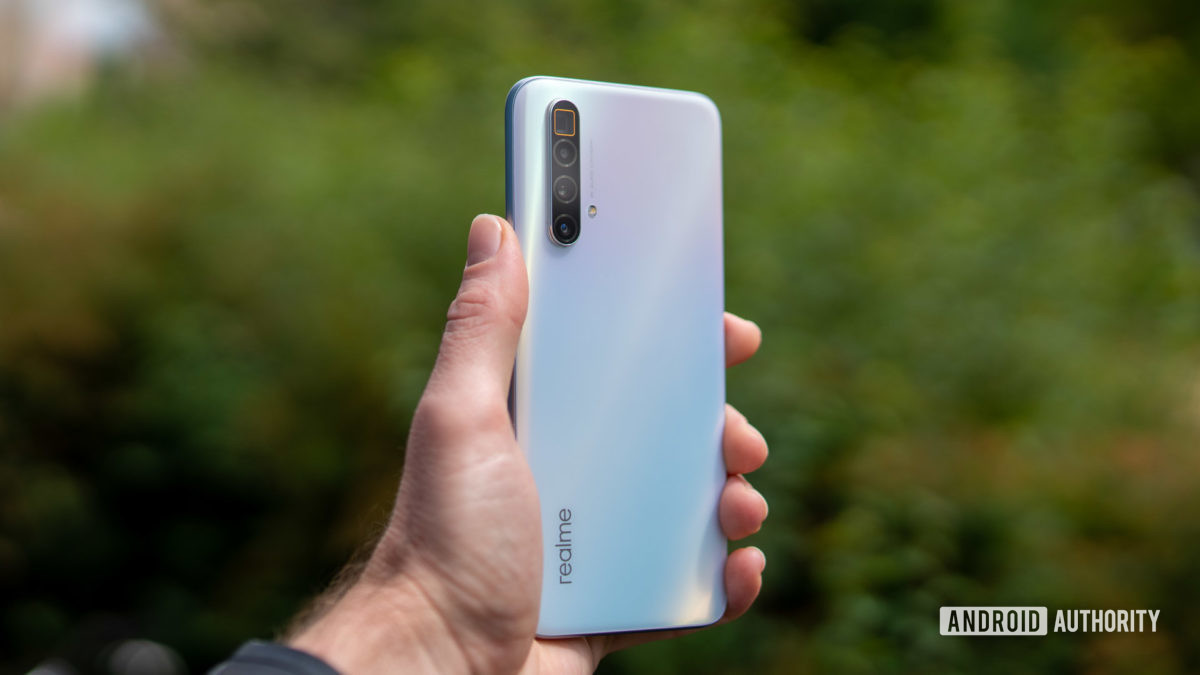 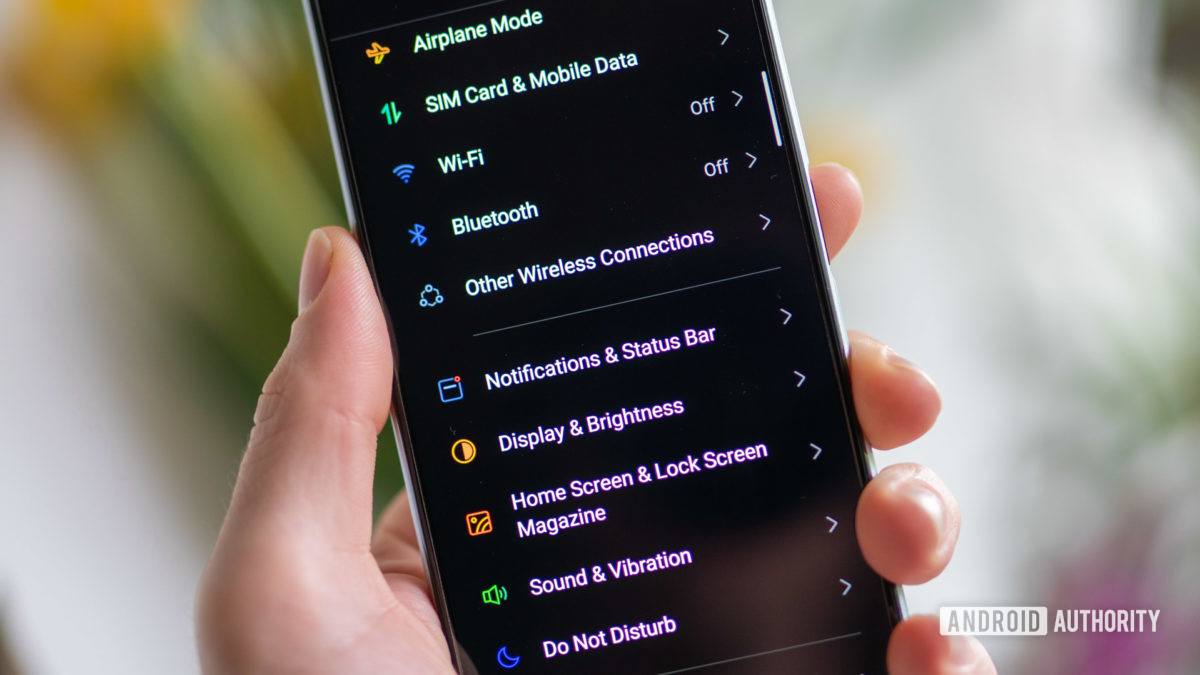 For the most part, yes. But not for the reasons you might expect. The display is great for an LCD, performance is solid, and battery life is excellent. Audio is a bit disappointing and the camera system doesn’t live up to its promise.

The X3 Superzoom is still a pretty good buy for its price — €499/£469 — but the Poco F2 Pro drives a hard bargain. It costs the same price but comes with an OLED panel and Snapdragon 865 at the expense of a high refresh rate screen. If you’re stateside, the OnePlus 7T is also a great deal at $499 and comes with a 90Hz OLED panel and the Snapdragon 855 Plus but only a 2x optical zoom.

Rather than dominate on the camera front, the X3 Superzoom ends up nailing most of the rest.

For a phone that set out to dominate on the camera front, the X3 Superzoom ends up nailing most of the rest. The main camera is great and the 5x periscope is good, but the macro and wide-angle cameras don’t add much to the value proposition. I don’t think the X3 Superzoom is quite up to the Realme X2 Pro’s legacy so we’ll have to see if Realme can deliver again with the X3 Pro later this year.