The Paper Mario series began two decades ago when Paper Mario for the Nintendo 64 launched in Japan on 11th August 2000. Since then, we’ve seen five more mainline Paper Mario games of different flavours, plus a 3DS crossover with AlphaDream’s Mario & Luigi series.

Branching off from the role-playing path put down by Super Mario RPG on SNES, the Paper Mario series has evolved and moved away from its traditional roots over the years, with the latest entry on Switch introducing a ring-based battle system alongside with its origami antagonists.

We recently asked Nintendo Life readers to rate the games in the series by assigning a score out of ten via our User Rating system, and you’ll find the ranked results below. We’ve included crossover title Mario & Luigi: Paper Jam for fun; if its inclusion feels like sacrilege of the highest order, simply pretend that it isn’t present and you’ve got your ranking of the six mainline Paper Marios right there!

Our thanks to everyone who voted. Remember that the order below is updated in real time according the each game’s corresponding User Rating. Therefore, it’s entirely possible to influence the ranking even as you read this. Simply click on the game you wish to rate and assign a score on the Game Page.

If you’re after more information about this colourful collection, you may want to check out our complete history of the Paper Mario series. For now, let’s dive into this ranked Paper Mario list, starting at the bottom…

Paper Mario: Sticker Star is often funny, thoroughly charming and a joy to play, but it’s also a touch too familiar and unwilling to go out on a limb and do something crazy, even if the potential to do so is immense. Despite its inhibitions, the game keeps a pace so delightful and fun that you can’t help but crack a smile at the metric ton of whimsy folded into its rock-solid foundation, rendered all the more impressive thanks to beautiful use of stereoscopic 3D. Sticker Star might elicit some déjà vu from veterans of the series, but a memory this vivid and bright is worth remembering. 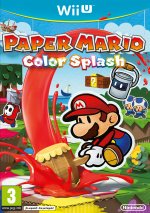 Paper Mario: Color Splash isn’t just painting by the numbers. The series still straddles that awkward middle ground between pure RPG and adventure title, but this entry found a comfortable niche that silenced many of our gripes. Almost everything was polished to a papery sheen, showcasing some of the series’ best writing and presentation to date. The battle system and the overall plot are the weaker aspects of the experience unfortunately, but even when we were left unsatisfied by enemy encounters, Prism Island was always a joy to explore, with diverse environments and catchy tunes to keep you engaged from start to finish. It’s a game of memorable moments and, taken as such, and you might just find it to be a messy work of art.

Adding Paper Mario into AlphaDream’s Mario & Luigi mix, Mario & Luigi: Paper Jam totally succeeds as an accessible, entertaining and lengthy crossover for fans and newcomers alike. This is an enjoyable romp that introduces a solid list of mechanics, plays with the battle system in exciting ways, and breaks exploration up with random quests. Although it doesn’t quite nail its environmental design and storytelling, Paper Jam’s simplicity makes it a great starting point for people looking to dip their toe into either series. Fans should be aware, though, that this crossover is closer to a mainline Mario & Luigi game than an entry in the Paper Mario series. 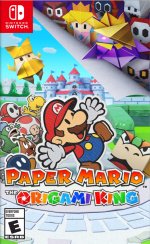 Paper Mario: The Origami King tries to do something different with its combat system and, to be honest, we aren’t really feeling it. That doesn’t mean the rest of the game isn’t thoroughly entertaining, however, and while the puzzle-based battles aren’t quite what a new Paper Mario game needed, they aren’t so awful that everything else shouldn’t be experienced as a result. It still isn’t the new Thousand-Year Door fans will have been hoping for, but it’s still one of the funniest games in the series and it’s got a truly likeable companion character, and while the combat is far from ideal the fact that we still thoroughly recommend the game regardless should speak volumes. 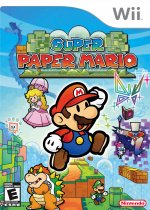 Super Paper Mario blends classic platformer with some of the RPG elements of its predecessors and throws in a world-flipping mechanic that gives you a whole new perspective on traditional 2D platfoming courses. Originally planned as a GameCube game, it perhaps makes more sense that it diverges from Thousand-Year Door’s way of doing things, and it certainly divides series fans. Regardless of where you fall on the spectrum of fandom, the Wii entry is a beautiful game with fiendish puzzles and an intriguing, unique flip mechanic.

Two decades on, Paper Mario might not look as sharp as it once did, but it holds up very well where it matters. The N64 original does very well to ease Mario fans into a new style of adventure while providing a depth for RPG gamers that you might not expect from the paper-thin premise. With a great supporting cast and buckets of trademark Nintendo charm, the original is almost the best. 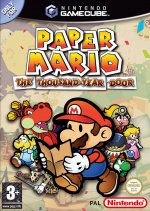 The power of GameCube enabled greater fidelity of its paper-based art style than the original, but otherwise Paper Mario: The Thousand-Year Door stuck closely to the original’s blueprint. It’s a wonderfully colourful adventure packed with clever callbacks to the portly plumber’s history and the same irreverent spirit which makes so many Mario RPGs refreshingly different from the mascot’s platformers. Where other entries have dropped the ball in an area or two, Thousand-Year Door gets everything right; plot, writing, battles, presentation – the lot. Prices for a GameCube disc–still the only way to play–have skyrocketed in recent years and given the quality, it’s not hard to see why. Treasure your copy if you’ve got one, and perhaps lend it to a trusted friend who never visited the town of Rogueport.

Any surprises there? Remember, if you haven’t rated any or all of the games above, you can still do so via the corresponding Game Page – and it will still count in the ranking above.

If you really must, feel free to vent your uncontrollable fury at the inclusion of Paper Jam, but we’d rather hear about your personal favourite Paper Mario(s) in the comments below.