New performance results for the AMD Ryzen 7 4700G Renoir APU have been posted which unveil its general and graphics performance capabilities in various benchmarks. The latest benchmarks come from Chiphell where a forum member has acquired an engineering sample of the said APU and tested in under various performance metrics while hinting us at its graphics prowess.

The AMD Ryzen 7 4700G Renoir APU tested is an engineering sample bearing the 100-1000000149 OPN code. While we’ve already seen samples with the final clock speeds being tested, this specific variant doesn’t feature the final clocks and runs at a 3.0 GHz base clock and a 4.0 GHz boost clock. For comparison, the Ryzen 7 4700G and the Ryzen 7 PRO 4750G would officially feature clock rates of 3.6 GHz base and 4.45 GHz boost. This means that the silicon used by the leaker isn’t what we’d expect from the final models but still, the general compute and graphics capabilities are the main highlight today.

The testing was done on an AORUS B550I PRO AX motherboard with two 8 GB DDR4 sticks. The specific version is not mentioned but the DDR4 DIMMs were clocked to 4300 MHz with an Infinity Fabric link speed of 2100 MHz. We’ve already seen FCLK of 2200 MHz (DDR4-4400 MHz) in the latest benchmarks which once again points out the early design nature of this particular chip. The AMD Ryzen 7 4700G APU was overclocked to 4.3 GHz across all cores which is a 300 MHz bump over its standard operating boost clock of 4.0 GHz (single-core). 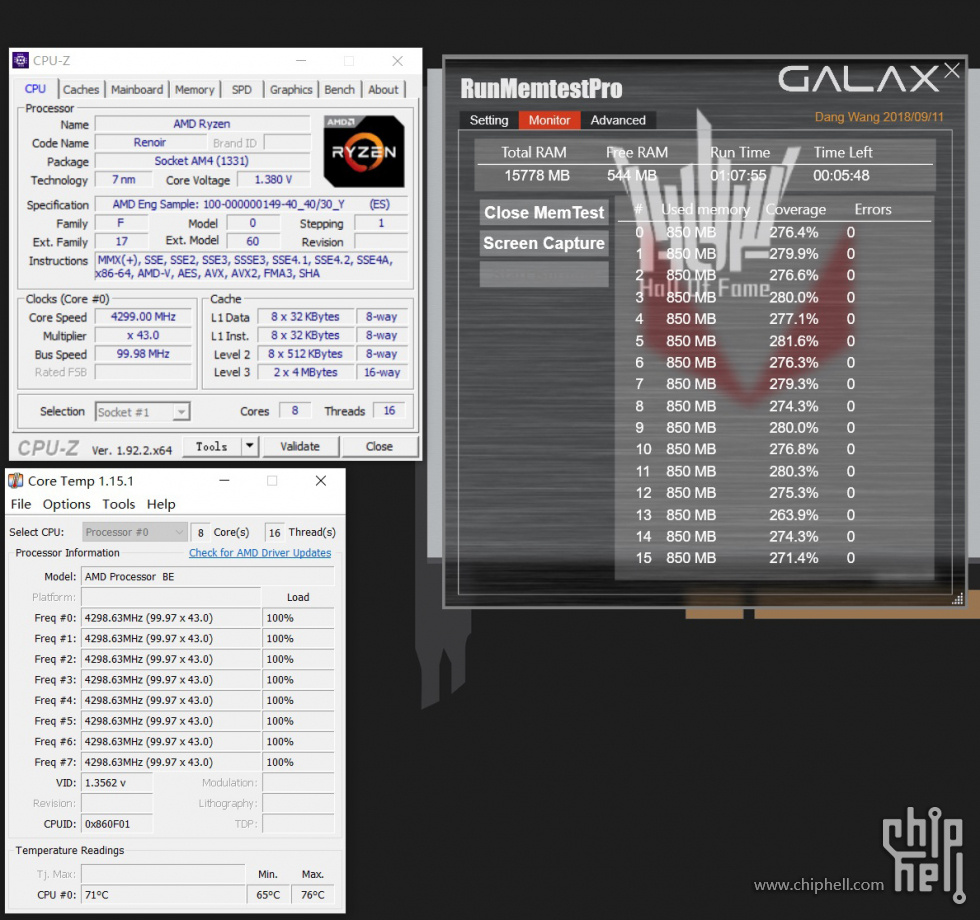 For cooling, the leaker mentions a 240mm AIO Liquid Cooler inside an ITX case and also points out the Noctua NH-D15 heatsink with liquid metal thermal paste. Both are high-end cooling solutions, even for an 8 core APU so the coolers aren’t an issue here. The user reports that to hit 4.3 GHz, he had to push the voltage to 1.34V (CPU-z reports incorrect voltage). Under the stress test, the CPU hit a max temperature of 76C across all cores. It is reported by the user that the Renoir APU does get slightly hotter than the Ryzen 7 3800X 8 Core CPU which could be due to its monolithic design.

So let’s talk about performance benchmarks and do note that they were run at 4.15 GHz (1.27V) across all 8 cores.

Semiconductor Heavyweights Intel (NASDAQ: INTC) and AMD (NASDAQ: AMD) to Reap a Windfall From Revival in PC Demand, According to Bank of America

Starting off with the benchmarks, first up we have the AIDA64 results where the APU with its 4.30 GHz CPU and DDR4-4300 MHz overclock gets around 62.8ns latency and respectable overall mem bandwidth numbers. They aren’t anything as stunning as the ones we have seen more recently but the leaked acknowledges that the final retail CPUs fare much better in this department than the ES one he has access to. 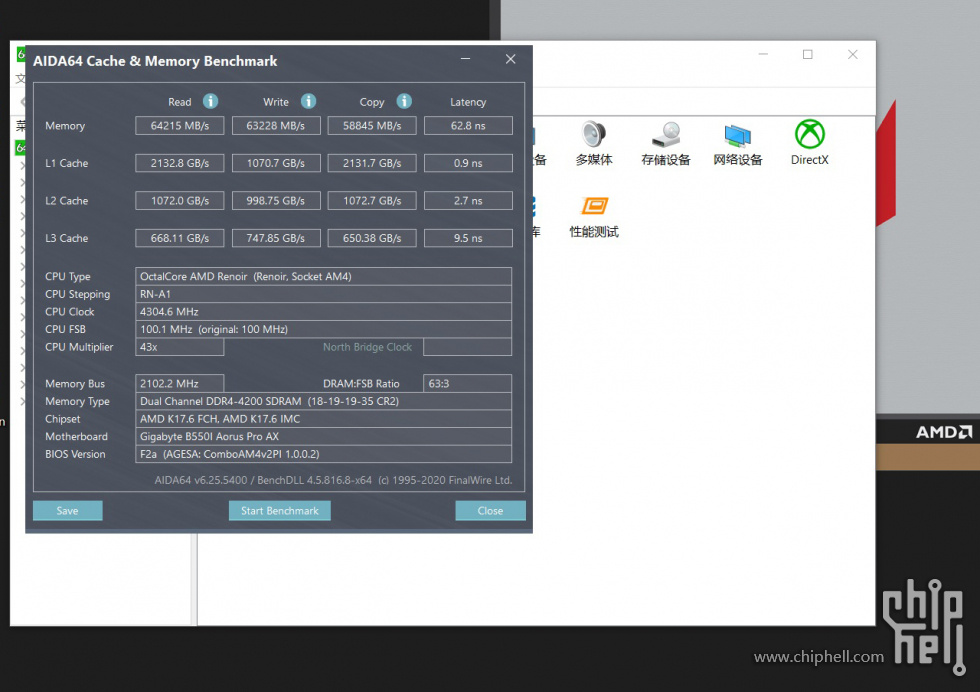 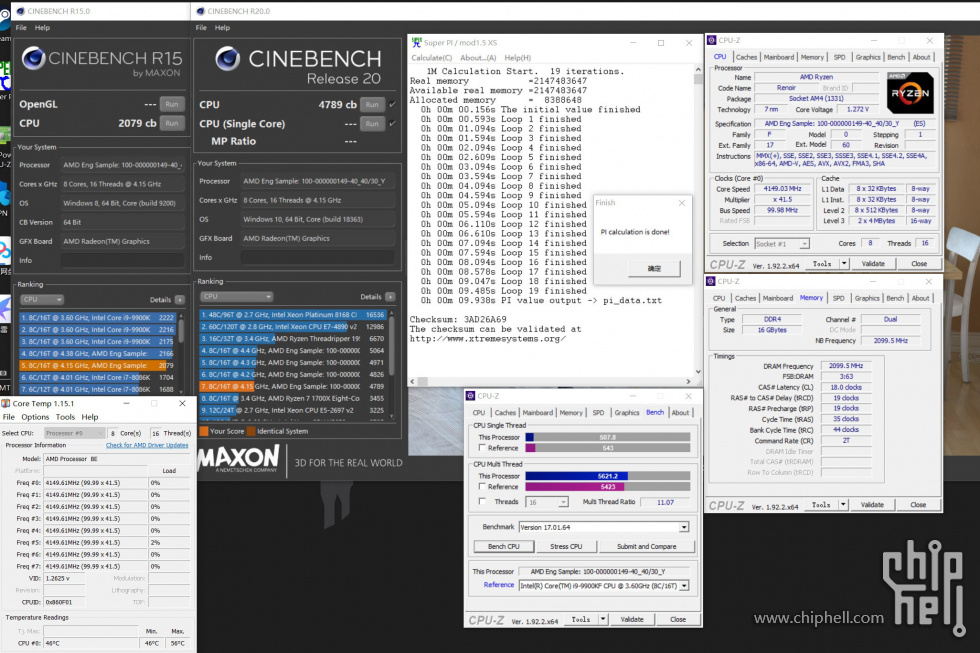 The leaker also tested out the graphics capabilities of the Vega 8 GPU onboard the Ryzen 7 4700G and found it to be a very capable graphics solution. The ES chip had the Vega 8 GPU running at 1.7 GHz instead of the final 2.1 GHz clock speed. To fix that, the leaker overclocked the GPU to 2.4 GHz with DDR4 memory at 4200 MHz. 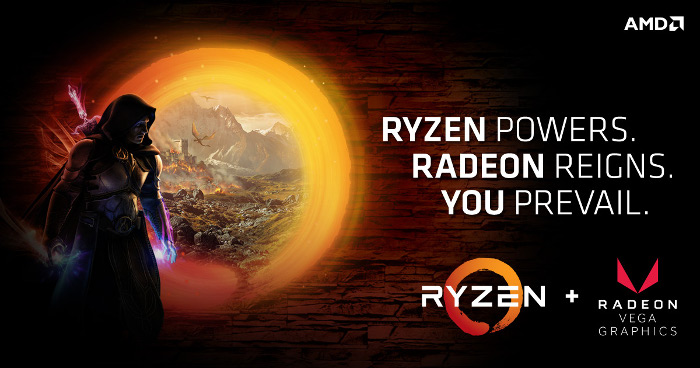 Compared to the Radeon RX 550 & RX460, the AMD Vega 8 GPU performs much better in 3Dmark Firestrike with performance almost around a GeForce GTX 950. The Radeon RX 550 scores around 3800-3900 points in the same benchmark and that is impressive since those are supplemented by faster GDDR5 memory and higher power limits compared to the constrained nature of the Vega 8 GPU on an APU.

The AMD Ryzen 4000 Renoir APU lineup is expected to be introduced on the 21st of July as indicated by our sources previously so expect AMD to share more official performance data next week.