The first Android 11 beta is here! It’s an exciting time to be an Android user, especially if you own a Pixel. New priority notifications, media playback controls, messaging app bubbles, and many more features were announced for Android 11 Beta 1.

But! Before you go installing Android 11 on your main smartphone, keep in mind that this is a beta. It’s not meant to be the most stable version of Android ever made. In fact, we’ve found a handful of bugs in this build that may stop you from installing it on your Pixel device. Here’s what we’ve found out about Android 11 performance so far, as well as some of our thoughts on the new Android 11 features.

Don’t miss: The most notable new features in Android 11

This is a bit of a unique Android 11 build. Usually, the first beta is where Google rolls out new UI changes (if there are any) or any other new user-facing features. We’re not getting a lot of that here. Google has trickled out feature after feature in the first four developer previews, and many of the things that weren’t already official leaked out weeks in advance.

What I’m saying is, there aren’t a lot of surprises here, but that doesn’t mean there isn’t a lot to dig into. We’ve rounded up all the new and notable Android 11 features right here, so be sure to check that out for more granular developer-focused features. In Android 11 Beta 1, there are a handful of really useful tweaks that make Android feel much more mature. 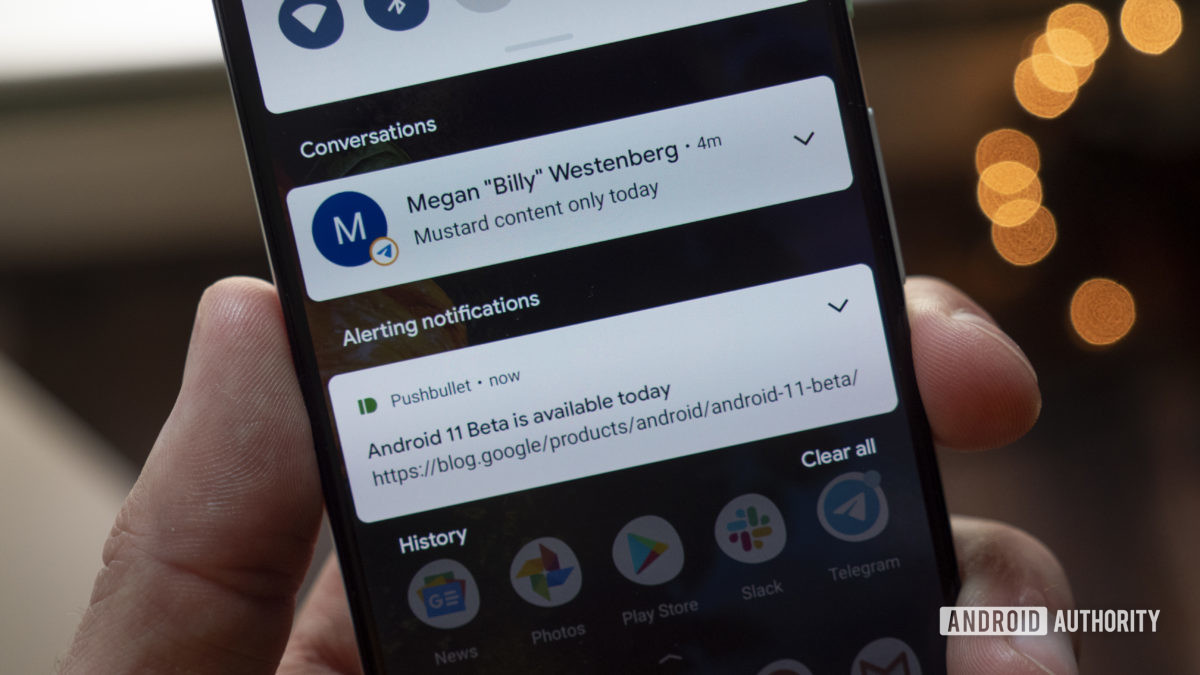 Notifications are a huge priority in Android 11. Google is making thoughtful changes to the notification shade that prioritize your most important notifications. Notifications from messaging apps now have their own section in the shade at the very top, denoted by a “Conversations” header. That’s where you’ll see emails, texts, Telegram messages, and so on.

I won’t go into too much detail here — Eric already did that in a very informative article on Android 11 notifications — but I can tell you this will no doubt be a mainstay in Android going forward. Android’s notification shade has become so cumbersome over the years, that it can be difficult to pick out the most important things. Now, Google is putting these important messages at the forefront of your interaction with your phone.

Furthermore, you can mark certain conversations as Priority, meaning these convos bypass “do not disturb” mode. They’re also pinned to the top of your notification shade, and that person’s profile icon will show up in your status bar instead of a generic app icon. How cool! 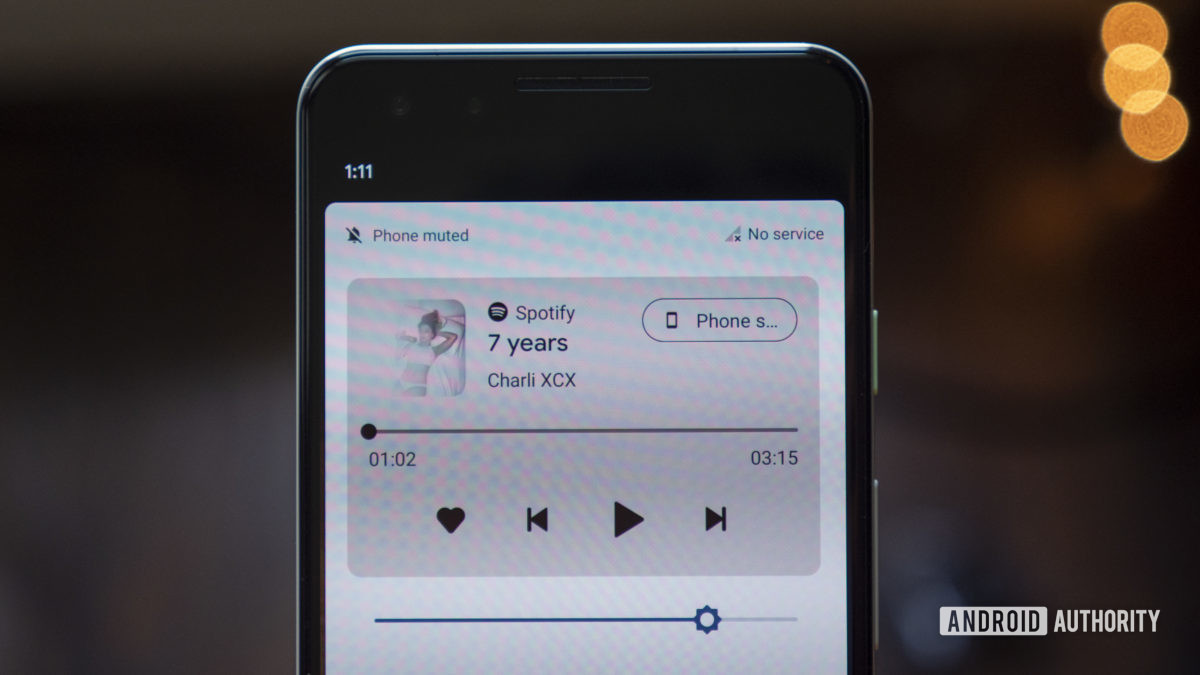 I’ve been using this feature all day, and again, I love it. As someone who listens to podcasts and music for hours a day, it’ll be so nice to always have quick access to those settings without accidentally swiping away the notification. It also just makes everything look much cleaner. 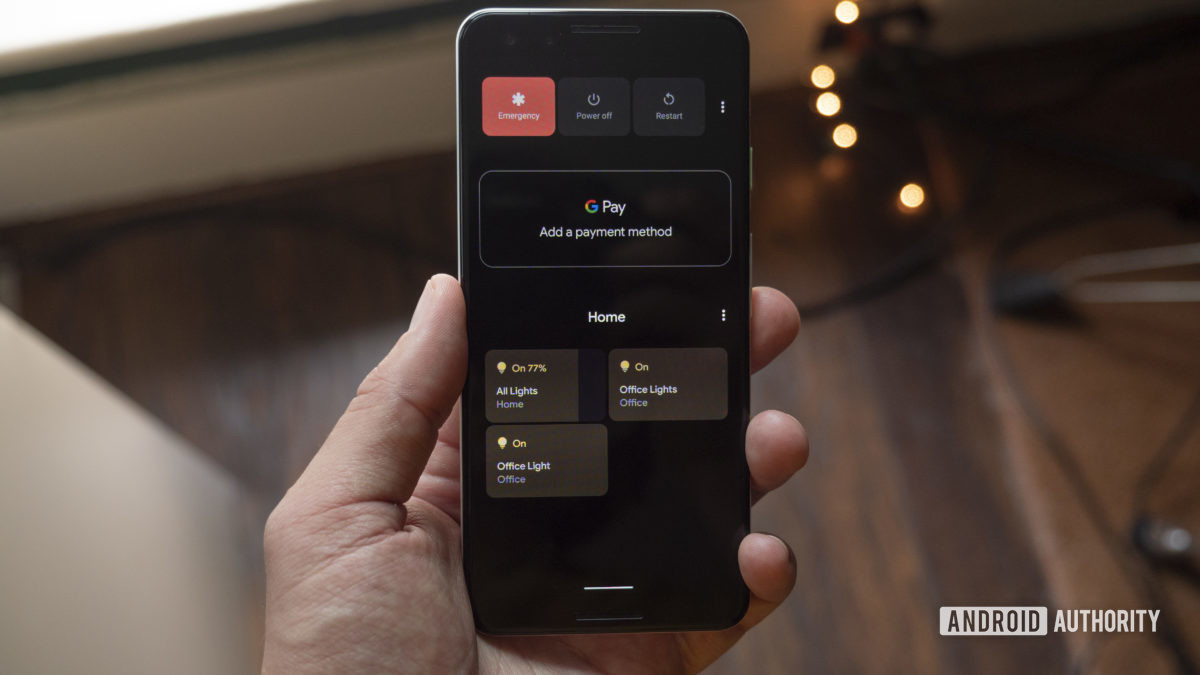 Interactions with all of these options — especially lockdown mode, Google Pay, and smart home controls — need to be quick and seamless, and adding them to the power menu makes it a breeze. By far, my favorite feature here is the ability to dim my office light from the power menu. No more opening up the Google Home app and digging around.

Again, a lot of the new features coming to Android 11 have already rolled out in other developer previews. Here are a few big features we’ve already gotten our hands-on in previous Android 11 builds.

The stuff I haven’t tried yet 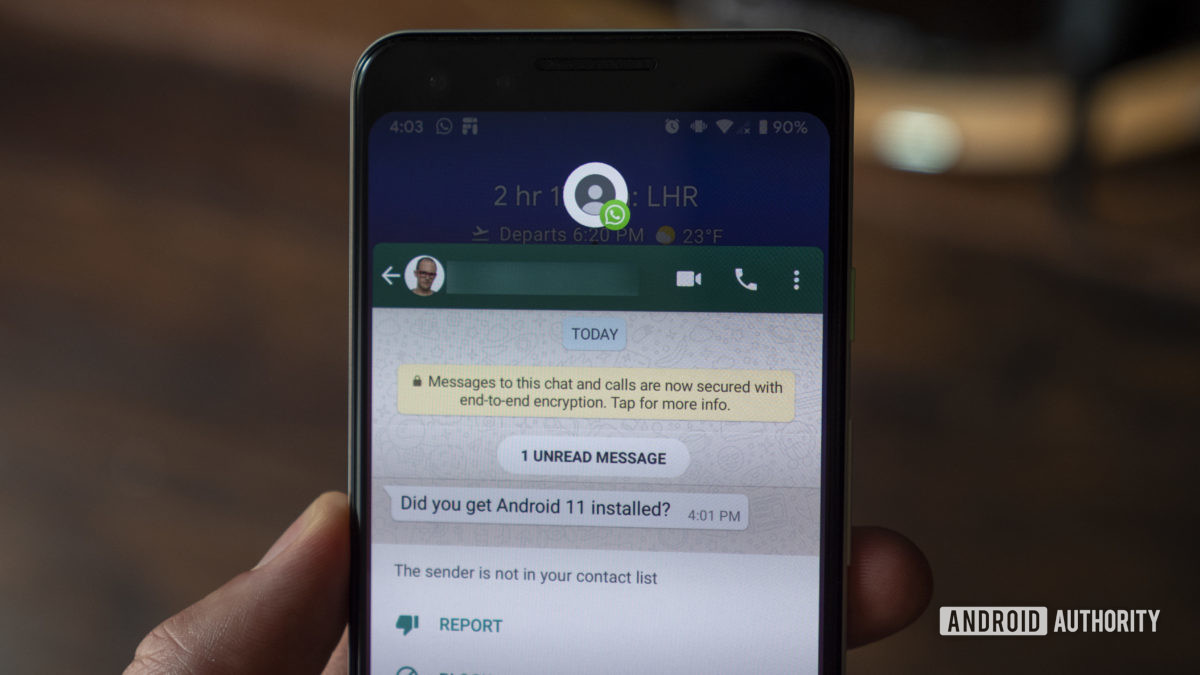 Google likes to announce a lot of features for new versions of Android, but they don’t all show up at once. Instead, the company lays the groundwork for certain features, allowing it to enable them in future releases. Here are a few features I haven’t been able to try yet.

Call me crazy, but I actually like Facebook Messenger’s chat heads feature. I really only talk to my best friends and family through Facebook, so having those conversations floating around my homescreen on a daily basis is actually quite convenient.

Google is introducing APIs that enable messaging apps to implement chat head-like “Bubbles” in Android 11. Google actually announced Bubbles in Android 11 Developer Preview 1, and we were able to get the feature working back then. Now, in Beta 1, that functionality is turned off again. Even Google’s messaging apps don’t work with it.

Technically, Android recognizes Facebook Messenger as using Bubbles, for what it’s worth.

Google has hinted at scrolling screenshot support for Android 11, but it’s not here yet. Will it arrive with the next Android 11 beta? Your guess is as good as ours.

New Android beta builds aren’t just for us early adopters. This is Google’s time to introduce new APIs and under-the-hood features that make developing for Android much easier. Google is introducing new Autofill APIs, a new ADB incremental installation method, better support for curved displays, scoped storage, and many other updates. A lot of the most interesting new features in Android 11 won’t be here until developers start adopting the new APIs.

After using Android 11 Beta 1 for a few hours, I’ve run into a handful of issues with a few of my apps. Enabling the new media playback controls feature, while fun, breaks a lot of things with the notification shade. Multiple times I’ve tried to swipe down from my notification shade, only to see that the entire OS has locked up. Locking and unlocking my phone seems to get things back to normal, but it’s cumbersome when it happens multiple times within a few minutes.

Also, while we’re on the subject of media controls: Once you enable the controls and play some music, the quick settings page decreases from nine quick settings down to six to make room for the playback controls. However, when music is no longer playing and the feature is still enabled in at a system level, the quick settings page still only shows six icons. I’m not sure if this is a bug or if it’s intentional. I’m calling it a bug.

I’ve noticed a lot of jank and lag when trying to switch between apps in the overview menu. The new power menu has also force closed on me more than once.

It’s far too early for me to comment on battery life, but as a rule of thumb, treat this like you would with any other beta. Expect battery life on your phone to take a hit, since Android 11 isn’t optimized to its full potential quite yet. 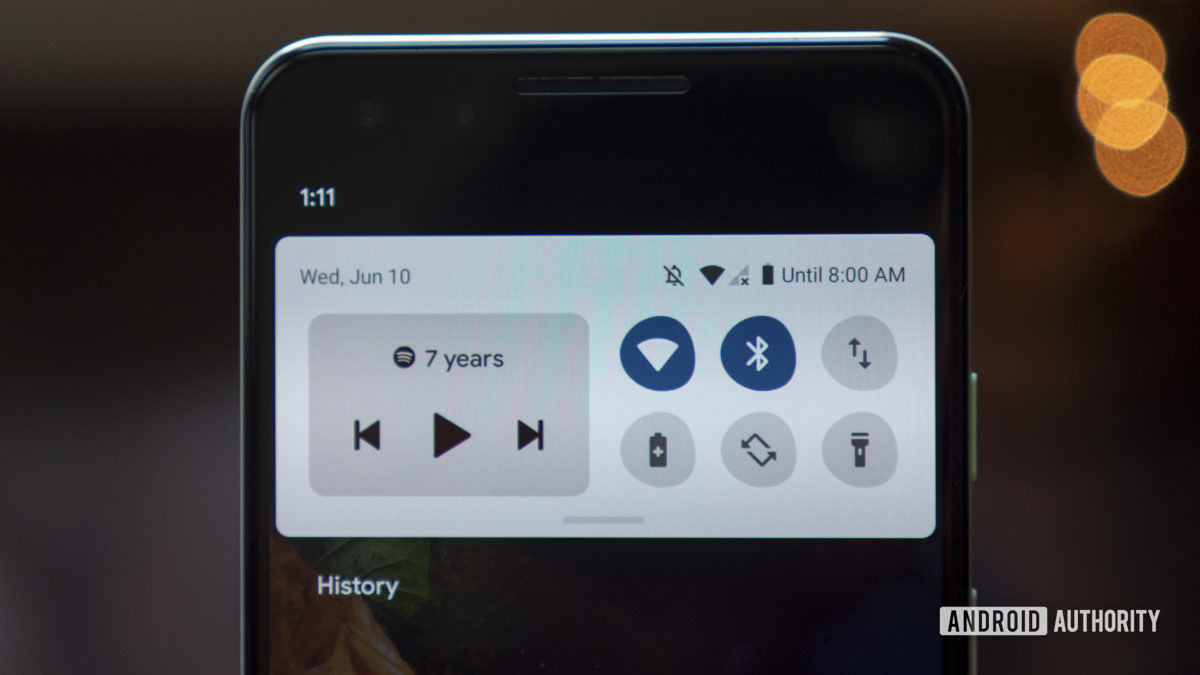 Those are just the issues I came across while using the Android 11 beta. Google has outlined a handful of other issues on its release notes page, so be on the lookout for these bugs as well:

Also, be sure to check out Google’s Issue Tracker to see if anyone else has run into your same issue.

Should you install Android 11 Beta 1?

Yes, but maybe don’t do so on your daily driver.

My experience has been fairly positive, and I haven’t run into anything too detrimental to my overall user experience. However, your mileage will almost certainly vary, so remain cautious and expect to find a few more bugs than what I reported here. Maybe hold off until Beta 2 or 3 to install it on your daily driver.

It may not have seemed like it from the leaks and trickling features for the past few months, but Google’s vision for Android 11 is finally coming into focus. Now that Google doesn’t need to spend countless releases tweaking Android’s UI, it’s finally able to put emphasis on what counts — interactions with family and friends, as well as easier access to the tools you need most. I’ll echo what C Scott so eloquently wrote earlier today: Android 11 might seem like a subtle upgrade, and that’s okay.