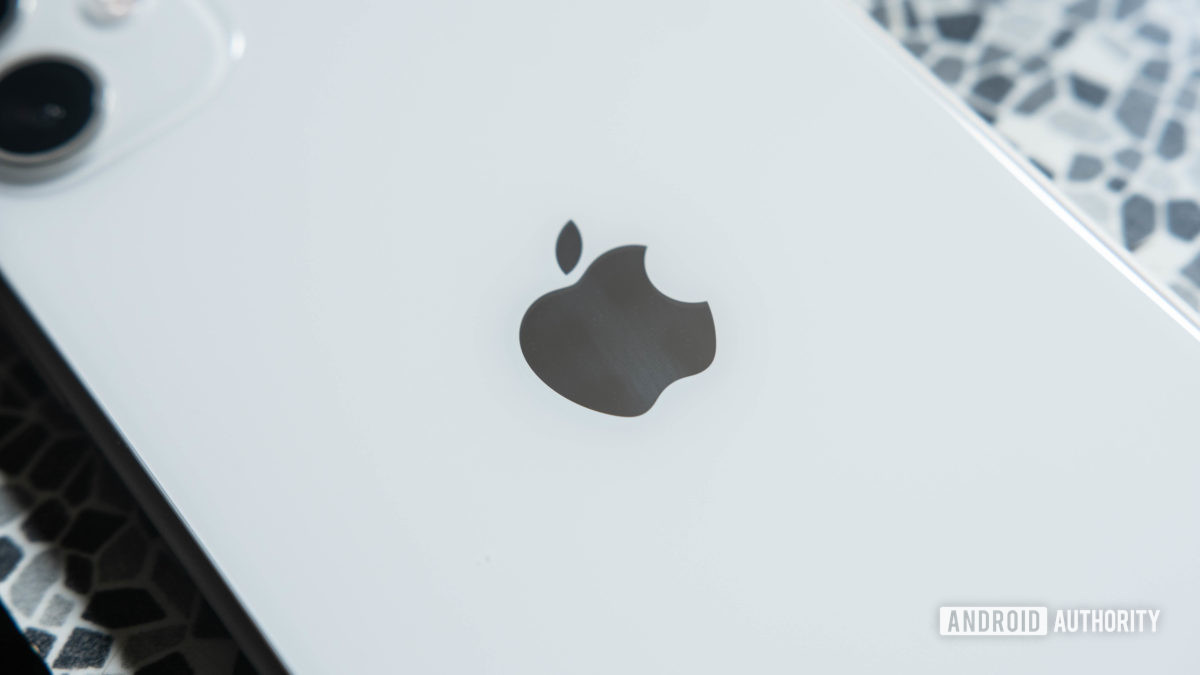 Original article: Earlier this year, we were treated to a new smartphone from Apple called the iPhone SE (2020 edition). The entry-level phone offered a lot of iPhone staples for just $399. However, what about the real iPhones? Well, we still expect to see the Apple iPhone 12 series this year.

Although the ongoing COVID-19 pandemic could cause some delays or other problems for the next batch of iPhones, we have enough information on the new devices to say with confidence that we will still see the Apple iPhone 12 this year. Obviously, Apple’s usual launch event could look much different, but it would be incredibly surprising if the phone series didn’t land this year.

Below, you’ll find a summary of all the credible rumors we know so far about the Apple iPhone 12 series. Keep in mind that Android OEMs tend to follow what Apple does, so the news you read in this article could affect you even if you don’t buy iPhones.

Speaking of which, why not click one of the poll answers below before checking out the rest of this article? 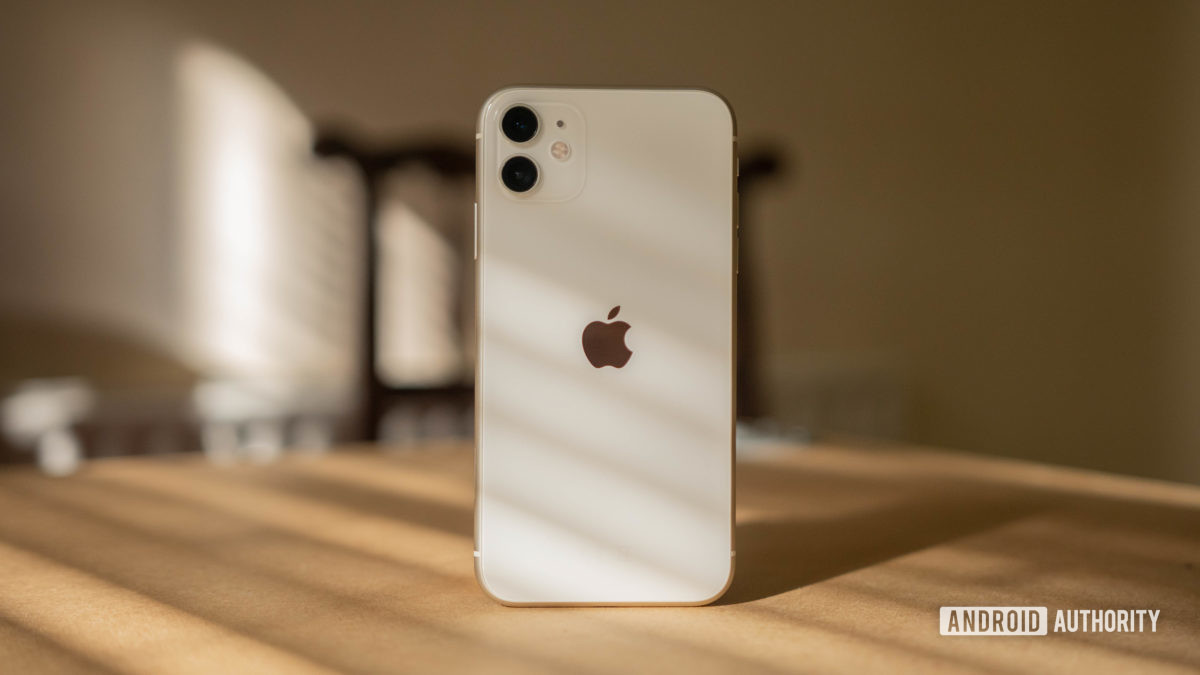 Apple’s naming scheme for its smartphones used to be very straightforward. However, with the launch of the iPhone X in 2017 things got pretty confusing. While we don’t know for certain, we are fairly sure that the Apple iPhone 12 series is what’s on the way this year, and we can assume that based on the history of iPhone names.

Check out what we mean below. The bolded names indicate devices in which Apple largely revamped the design as compared to the previous year:

So far, all rumors point to this year’s iPhones featuring a significant redesign as compared to last year (see a few sections down below for more on this). Since Apple’s history suggests that new designs tend to get new numbers, we’re inclined to believe that we can expect the Apple iPhone 12 series to launch this Fall. It is unlikely there will be an iPhone 11S series.

Related: Apple iPhone buying guide: Which iPhone is right for you?

Speaking of Fall, when will we actually see these devices launch? Nearly every major iPhone release has happened in September, so it’s reasonable to assume we’ll see the Apple iPhone 12 series in September 2020. Once again, the COVID-19 pandemic could throw a wrench into those plans, but we would feel confident putting money down on Apple sticking to that timeframe.

However, just because Apple will likely launch the iPhones in September doesn’t mean that’s when they’ll be available. Lots of rumors are suggesting the pandemic could delay the production of one or more phones in the line. That means it’s very possible Apple will launch the phones but then you won’t be able to buy one for a while afterward. 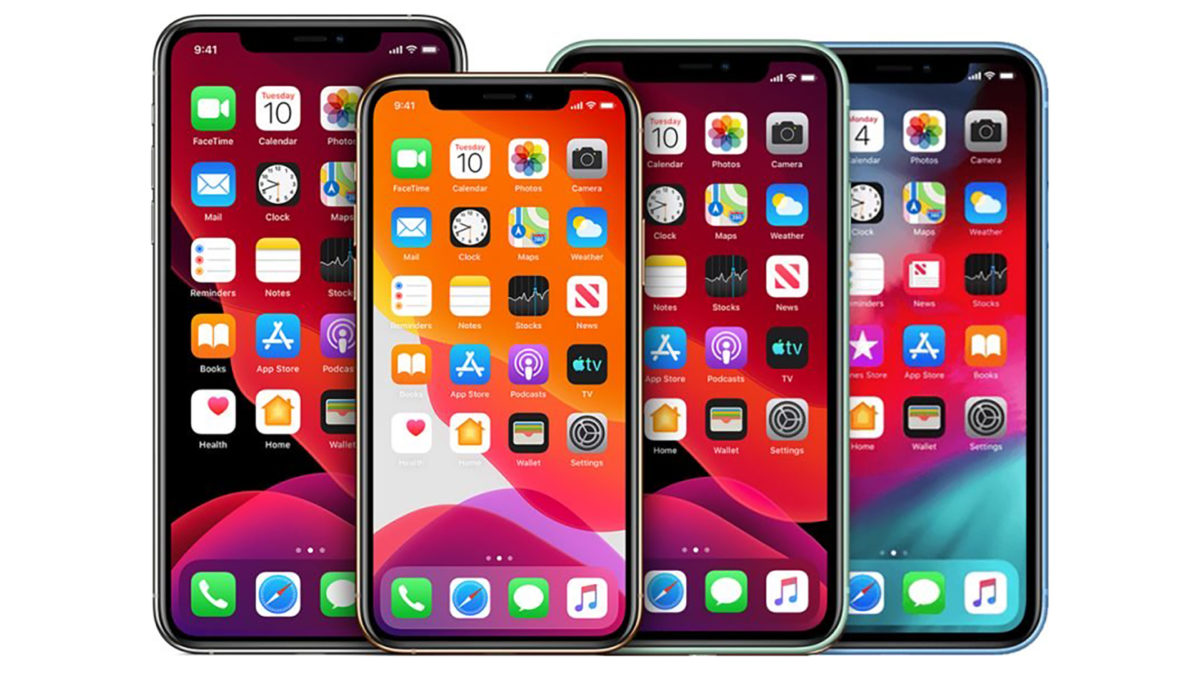 The list of iPhone releases in the previous section paints a clear picture: as time goes on, Apple is releasing more and more iPhones each year. We already have one new iPhone for 2020, and we expect Apple to have its biggest launch ever this Fall with the Apple iPhone 12 series possibly containing a total of four phones.

Check out this leaked image from the frequently correct Apple analyst Ming-Chi Kuo: 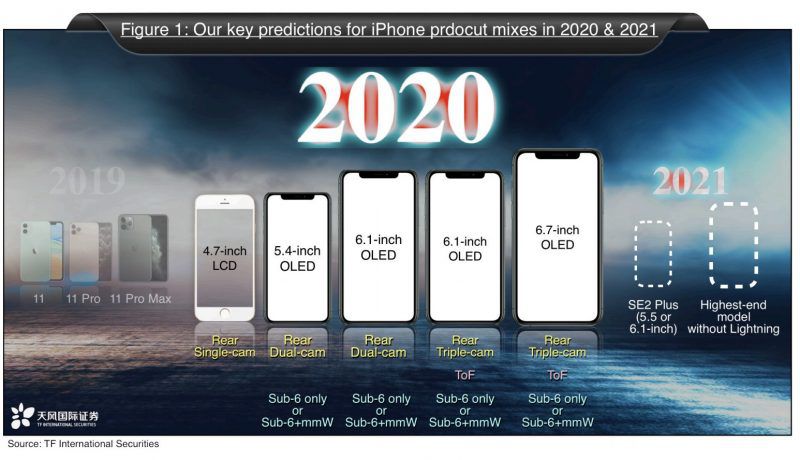 The 4.7-inch iPhone shown in the image above lines up perfectly with the iPhone SE launched in April 2020, so that one is accounted for. That just leaves us to speculate on why there could be two higher-end devices in the Apple iPhone 12 series that are the same size.

We’re not quite sure how the iPhone 12 series will get laid out, but we are relatively certain there will be four models.

This naming theory lines up with rumors we’ve seen, like this one from Display Supply Chain Consultants. As we get closer to the launch of the Apple iPhone 12 series, we’ll likely have a much better idea of what’s on the way. All we can say now is that it’s highly likely there will be four iPhone 12 models. 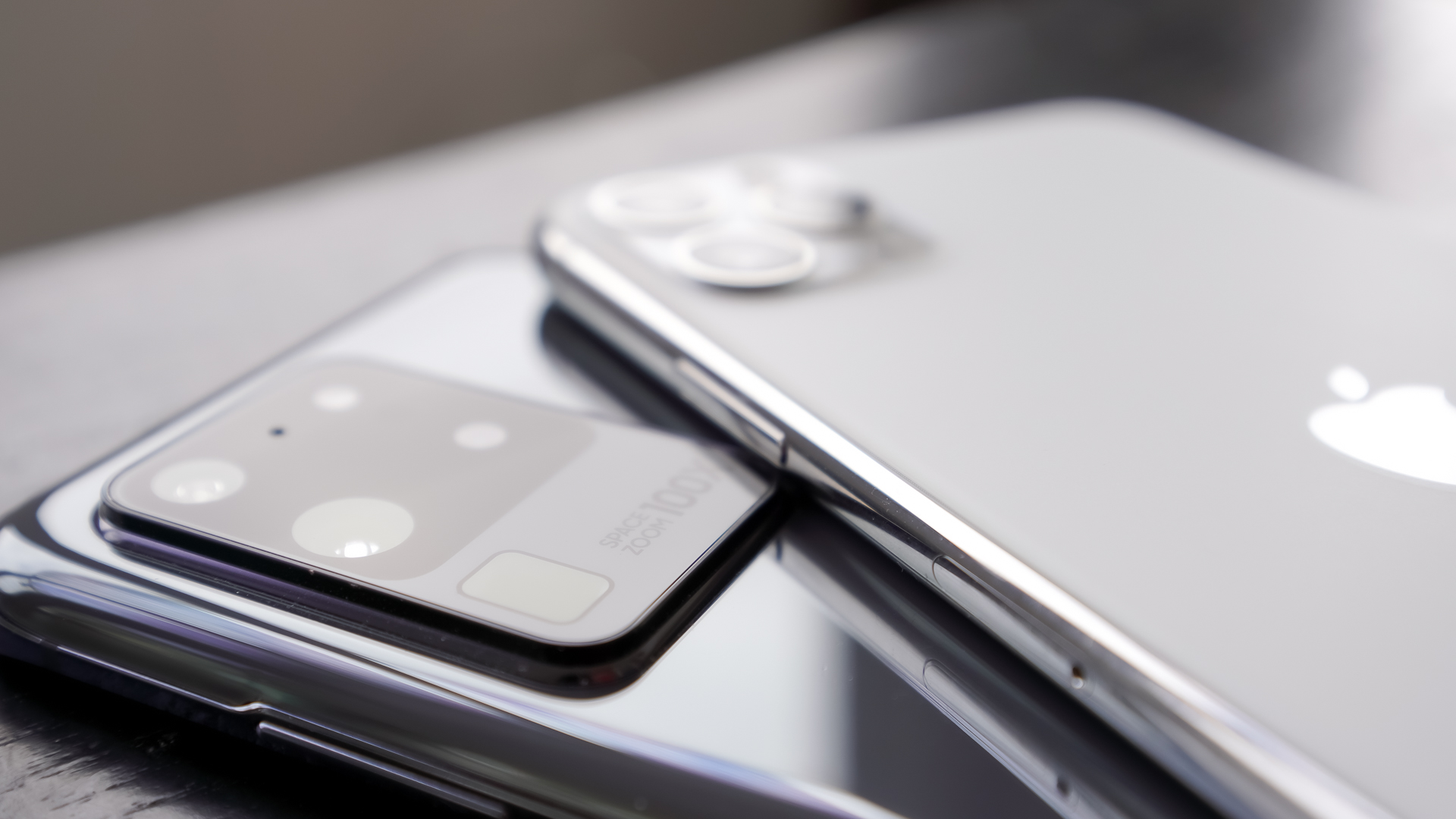 Last year, Apple kept the iPhone design very much the same as the 2018 models. The only drastic change was the rear camera module, which turned into a rounded square to make room for the three lenses on the back of the iPhone 11 Pro and 11 Pro Max. With the Apple iPhone 12 series, though, we expect the whole phone to get redesigned.

The first rumor we’ve heard is that the notch on the front of the iPhones could see a significant size reduction. The current notch spans about half of the top of an iPhone, while the new design could reduce that to just 1/4 of the display width. This would be a welcome change as most Android phones have either removed the notch entirely or cut it down so much that it’s barely there.

However, Apple would still need the notch to be big enough to carry all the Face ID tech needed to allow for 3D mapping of one’s face. We don’t expect any of the devices in the Apple iPhone 12 series to have fingerprint sensors, which means you would need Face ID for biometric security. As such, don’t expect a display cutout, waterdrop notch, or other solution for iPhones this year.

Elsewhere, we’ve heard quite a few rumors that Apple could bring back the metal rim design of the iPhone 4 which it already did on the recent iPad Pro. This would mean that the Apple iPhone 12 series could have flat screens rather than the curved glass panels on all current models (except the iPhone SE). There are a lot of harsh critics of curved glass displays on smartphones, so this will likely be good news for them.

Early on, there were rumors Apple would either remove the Lightning port on the Apple iPhone 12 series and only rely on wireless solutions or finally make the jump to a standard USB-C port. However, all rumors at the moment point to the iPhone 12 series continuing to use the Lightning connector. It’s far more likely next year’s iPhones will abandon a wired port completely. 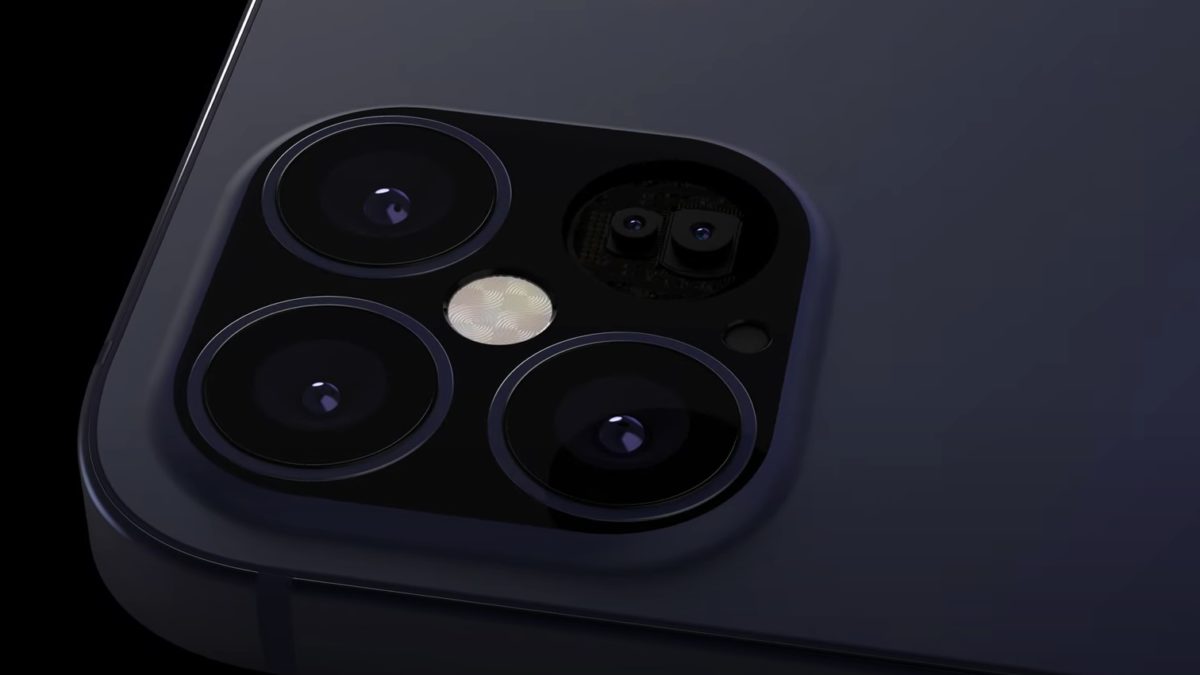 Some specifications of the Apple iPhone 12 series are fairly assured. For example, it’s nearly certain that we’ll see the proprietary A14 chipset in the higher-end iPhones as the 2019 iPhones all had the A13 Bionic.

It’s also nearly certain that the Qualcomm X55 modem will be included in the Apple iPhone 12 series. This will enable iPhones to be 5G-capable, which is essential for Apple to stay competitive. At this point, you can take the inclusion of the X55 modem as a given, since Apple had to eat some serious humble pie to get it.

The 2019 batch of iPhones were the first to come with 6GB of RAM, so it’s reasonable to assume at least the iPhone 12 Pro and iPhone 12 Pro Max will have 6GB or more. The lower-end models in the Apple iPhone 12 series could have only 4GB, though.

Some iPhone specs are a given, like the inclusion of the X55 modem. But we can also assume some other specs, too.

It’s also possible that Apple will finally increase the entry-level amount of internal storage on iPhones this year. The iPhone SE — which, again, only costs $399 — comes with 64GB of storage at the minimum. Therefore, it would seem silly for the high-end models to also start at 64GB. Sure enough, we recently heard a rumor suggesting that 128GB could be the new baseline for high-end iPhones. This would be great news for Pixel fans, as it would likely force Google to do the same with the Google Pixel 5.

These rumors all are backed up by a leak from Display Supply Chain Consultants. Check out the chart below to see what we mean:

Although we don’t have much confirmed info on internal specs of the iPhone 12 series, we do have confirmation on a lot of the software features the phones will provide. That’s because Apple recently held its WWDC 2020 keynote in which it detailed many of the high-profile features coming to iOS 14. If you want to find out what the new operating system can do, check out our summary here. 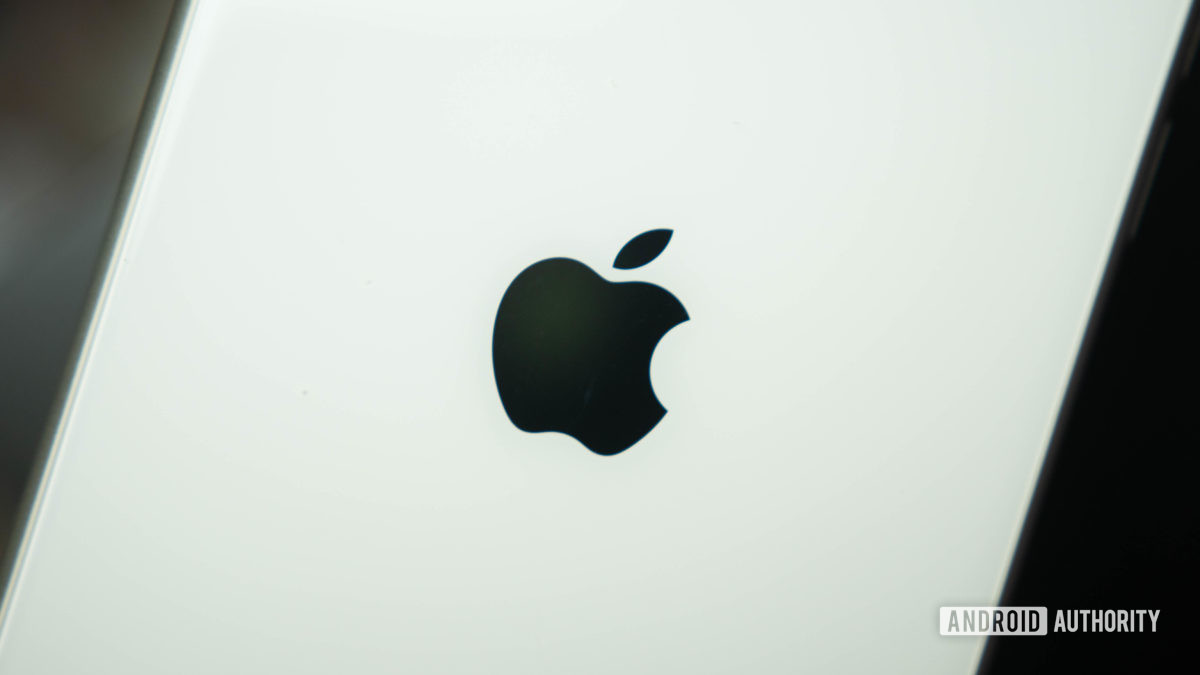 Here are the starting prices for the iPhone 11 series:

With the expected inclusion of 5G support as well as the new revamped designs, one would assume the Apple iPhone 12 series will be more expensive. However, early rumors suggest that Apple could keep iPhone 12 pricing basically the same as the iPhone 11 series. According to those rumors, this is what the iPhone 12 series might cost:

If these prices end up being true, it would be great news for consumers. Apple competitor Samsung recently launched the Samsung Galaxy S20 Ultra — which starts at a jaw-dropping $1,400 — and that would look ridiculously over-priced against a $1,099 iPhone 12 Pro Max.

Still, the pricing list above is only rumored at this point, so don’t take it to the bank just yet.

As usual, though, you can expect the iPhone 12 series to be available all around the world with similar models in all the usual countries. If there’s one thing you can depend on with Apple is no region-specific nonsense making things confusing for buyers (hint hint, Android OEMs).