We quickly got the first performance measurements of the CPU integrated in the Apple M1 Pro Max, Apple’s new chip dedicated to MacBook Pro. But we are still missing the first benchmarks of its GPU, which can reach up to 32 cores at the top of the range and that it must face the best graphics chips of the competition.

While waiting for the numbers that are sure to flourish in the coming days, Apple has given a good index of expected performance, as noted. @stroughtonsmith. In fact, the manufacturer was not satisfied with the graphics that promised mountains and wonders in the face of anonymous competition, there was a very small legend with the name of the computers used for comparison.

So Apple compared the GPU in its M1 Max to that of the MSI GE76 Raider 11U053 (phew), a computer dedicated to gamers that integrates an Nvidia RTX 3080. This is the current high-end of what the manufacturer can offer in a laptop and is paired with 16GB of dedicated memory. According to the manufacturer, its high-end chip offers similar performance, but consumes 100 W less power.

That’s a big gap, especially when you consider that the AC adapter that comes with the 16-inch MacBook Pros delivers 140W at the most. But just read the detailed technical sheet from the MSI computer to understand that we are in another world. In this computer provided with a 240W power supply, the graphics card alone can consume up to 155W peak!

To put it another way, this laptop’s graphics card can consume more than the full 16-inch MacBook Pro, including its 10-core CPU and its 7.7 million pixel display that can be updated 120 times per second. In comparison, MSI is satisfied with a 17-inch 1080p display, even if its refresh rate is higher (up to 360 Hz).

This difference in consumption has multiple consequences. Physically, the MSI computer is a portable device of almost 3 kg with very different aesthetic options than Apple, but constrained by the rules in the air about the capacity of its battery. Therefore, the two computers are locked with a 100 Wh battery, but where Apple’s can offer impressive autonomy, with 14 hours of web browsing advertised, the MSIs are limited to three hours of normal use. according to this test.

To make matters worse, graphics card performance is severely limited when the computer is on its battery. It makes sense, the battery alone can’t deliver 155W of power and you have to use the connected computer to get the most out of it. While the performance of the new MacBook Pros is valid whether the computer works with a cable or only with its battery. And acting a priori in much better comfort than the MSI PC, in terms of ventilation and temperature.

Apple has always chosen a very different path from these PCs dedicated to gamers, never compromising on comfort or autonomy to get the best performance. It is for this reason, among others, that the company has abandoned Intel, AMD and Nvidia products in favor of its own chips … 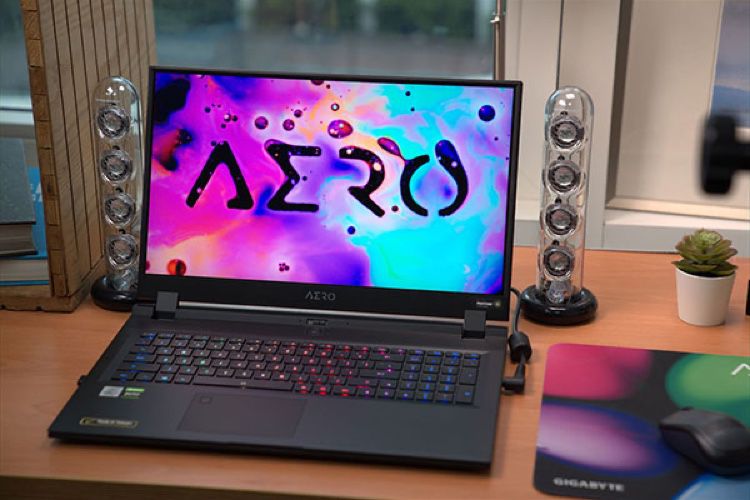 Updated on 10/19/2021 10:11 : As several readers point out, Apple has given an even better indication of the performance to be expected from the integrated GPU in the Apple M1 Max. During the conference, we learned that the 32-core version offered 10.4 teraflops of performance.

See also  the open beta on PS5, the actions to accessibility it

These theoretical measures allow the GPU to compare with its competitors and the results are less positive than in the graph presented above. On paper, Nvidia’s portable RTX 3080 can go up to 19 teraflops, almost double that. Even the model below, the RTX 3070, logged 16 teraflops according to its manufacturer.

Therefore, we will have to wait for concrete measures to be taken to know how much the new Apple chip is really worth …