Originally planned for March but eventually cancelled After the supposed positive Covid-19 tests of 5 players from the visiting team, the match of the last day of the CAN 2021 qualifiers between Sierra Leone and Benin will be played between June 12 and 14. Squirrels coach Michel Dussuyer released a list of 23 players selected to play this decisive game on Wednesday.

Both potential starters, central defender Cédric Hountondji, recently promoted to Ligue 1 with Clermont, and Valenciennes midfielder Sessi D’Alméida, are absent due to injury. Full-backs Emmanuel Imorou and David Kiki (suspended) also leave the group, as does captain Stéphane Sessègnon. Without a club, the attacking midfielder had been called up in March but more as a coach and without entering the game, Dussuyer this time did not want to repeat the experience.

A friend on the menu?

However, Olivier Verdon, Désiré Azankpo and Djiman Koukou are again in a group that will include the five supposedly positive players who had all been gave negative on their return to the club: Saturnin Allagbé (Dijon), Khaled Adénon (Avranches), Yohan Roche (Rodez), Jodel Dossou (Clermont) and Steve Mounié (Brest) …

Note that Benin is trying to organize a friendly match in early June, possibly against Zambia, in order to better prepare for this meeting. Squirrels will need one point to qualify. 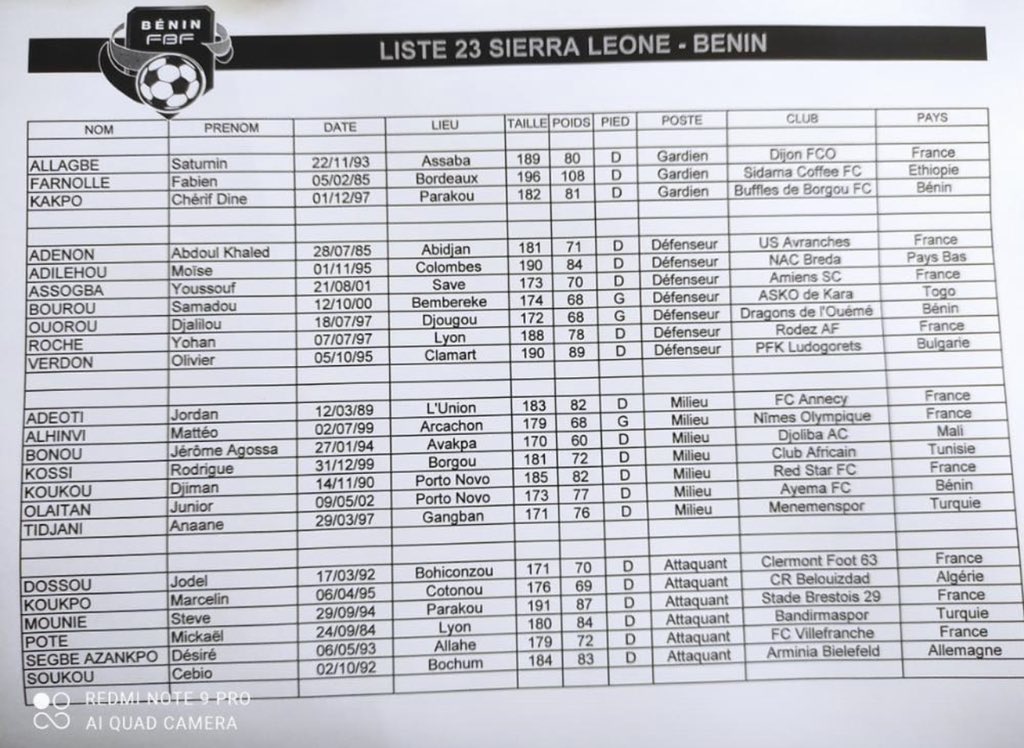