The messaging service extended its calling and video calling function between two people so that users can have a larger screen to better see their contacts.

Its incorporation into the desktop app stems from the work done by the company to ensure that they work in portrait and landscape orientations and that they appear in a separate, resizable window on the computer, and in the foreground.

In the publication shared on its official blog, the company stressed that voice and video calls on WhatsApp, whether made from mobile or computer, are end-to-end encrypted.

Likewise, the company highlighted that messages, voice calls and video calls are free from the desktop if the user has the app installed on the computer and is connected to the WiFi network.

The company also assured that in the future this function will be expanded to include group voice and video calls. 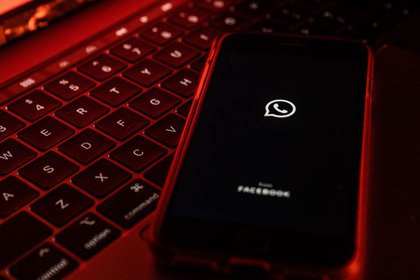 The application works in a function so that the images can self-destruct (Photographer: Lam Yik / Bloomberg)

WhatsApp is currently working on the development of the new self-destructing images feature, which allows users to send photos that are automatically deleted when the user leaves the conversation.

The function, which is currently being tested in future versions of the WhatsApp app for Android and iOS, has a similar operation to that of Instagram Direct direct messages, where the feature is already present, as reported by the specialized portal WABetaInfo.

The self-destruct option can be selected in the process of submitting an image via an icon in the lower left. When pressed, it warns the user that “this file will disappear” when they leave the chat.

People who receive a self-destructing image receive a blurred thumbnail in conversations, and before opening them, they are also shown the warning message about its deletion.

Self-destructing messages cannot be shared outside of the app, and the service has not yet implemented mechanisms to prevent users from taking screenshots while viewing them, although the feature is still in development and cannot be used yet. 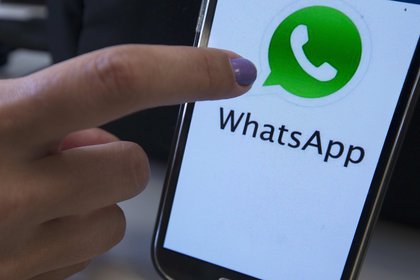 Photograph of a mobile phone with the logo of the WhatsApp technology application. EFE / Marcelo Sayão / Archive

On May 15, the new WhatsApp Conditions and Privacy policy will come into effect, date from which the user will not be left without an account in the messaging service if they do not accept it, but they will lose some of their functions.

The company will begin to show again the message about the changes it will make with the new policies, focusing on the data that WhatsApp collects from users and their treatment, as well as the way in which businesses can use Facebook’s hosted services to store and manage your WhatsApp chats.

Users must accept the changes before their entry into force, on May 15, a requirement to be able to continue using WhatsApp fully, but whose rejection does not mean the loss of the account, as indicated by the company in the official blog.

READ  WhatsApp will soon stop working on these iPhones

However, users will not have “access to all the functions of WhatsApp until they accept them,” as he explains. This means that, for “a short period”, they will be able to receive calls and notifications, but they will not be able to read or send messages from the application.

The company reminds that users can accept the new policies “even after May 15”, and in this case, it will apply the related policy regarding “inactive users”. It also notes that users can export chat history and download a report from their account, or ultimately delete the account.

What operating system does Bill Gates use on his cell phone
The future of teleworking: Mesh, the solution that includes holograms and virtual reality

The phone was shocked but the bandit returned it, the victim was shocked for his reasons.