Castle Pals, published by Ratalaika Games and developed by Brad Erkkila, was originally released on Android on June 27, 2018 and then later released on May 29, 2020 on Switch.

Ratalaika Games is known for bringing Android games to current consoles, along with developer Brad Erkkila, who released his game.

Like many mobile games, the story is very secondary and only serves to justify the presence of our heroes. One night Kylee and Owen decide to go see Pookapick Castle and they want to discover its secrets! 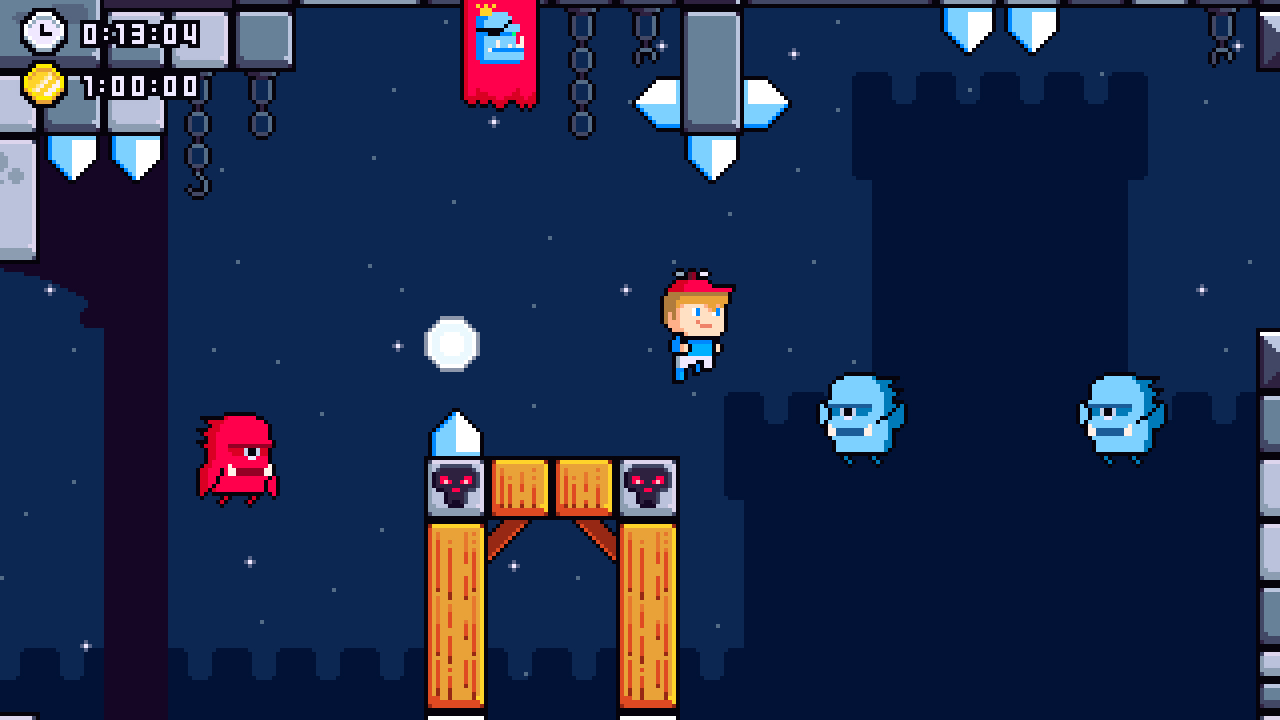 Let’s get to the heart of the matter, the gameplay! You will alternate between your two heroes with different abilities: one will hit his enemies and the other will fly incessantly with a tourniquet cap. Kylee, equipped with her boxing gloves, will hit her opponents with her fists. However, you will be able to jump and kick with a bit of latency on Kylee’s kick, so it shouldn’t be forgotten.

Owen, equipped with a helicopter cap, will fly all he wants and eliminate his enemies by jumping on them. Owen is less suitable for fighting, but he’s still a platform so that’s fine.

With each new level you will change your character. Fortunately, each character develops very differently, which makes the experience a bit painful. Owen flies with a gravity effect that makes him fall, so always be careful not to fall. Kylee jumps like any classic platformer hero, but she does it right. 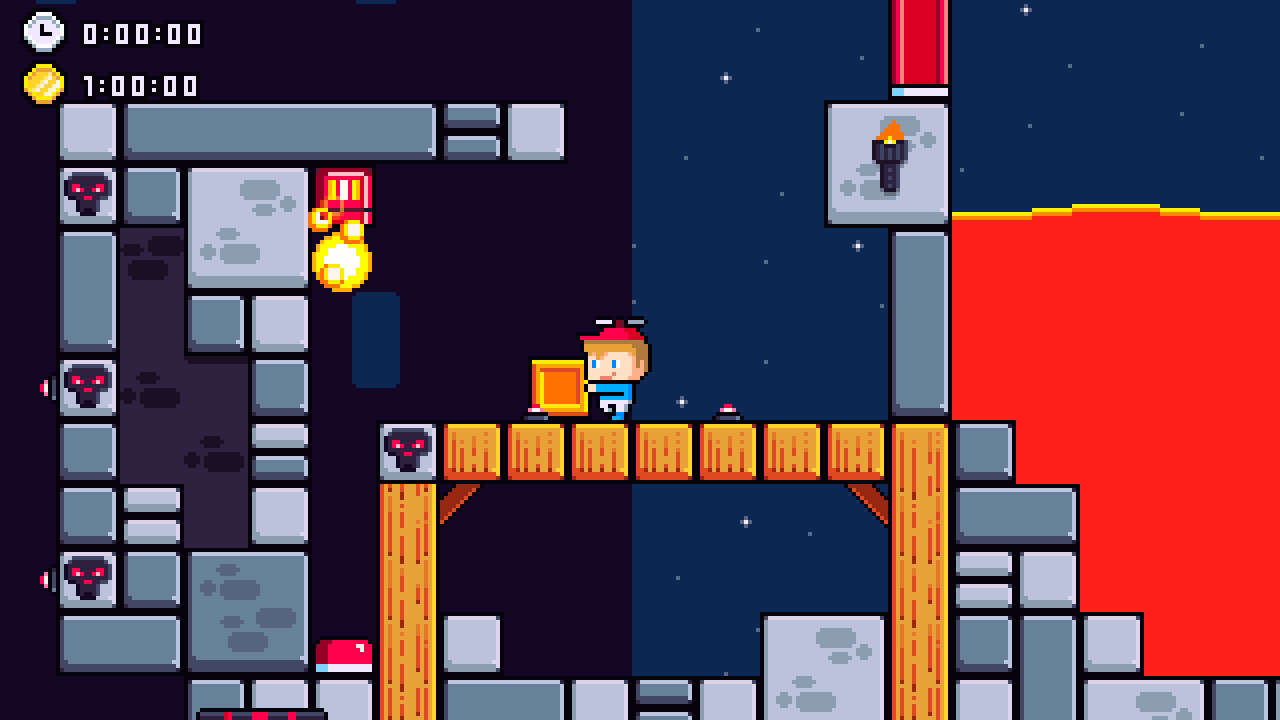 A good platform goes through well-built levels and is quite successful. The levels will be carried out horizontally or vertically, or a mixture of both. The levels are very short (one minute maximum), accompanied by a stopwatch. If you achieve it in the given time, you get a medal. The traps are simple, but their location and activation time are well thought out to annoy the player. For monsters, they have different attacks. However, they all look the same and are practically harmless.

The game will have some puzzles, especially with color switches, as well as a bouncing wall that returns certain projectiles. This allows you to open doors to advance to a level. The puzzles aren’t very interesting and the monsters won’t last long, but the traps will make the levels more enjoyable.

Like many mobile games, it is extremely short. You will have four worlds including a secret. Each world has twelve levels, except for the Secret Act, which only has ten. It will only take thirty to fifty minutes to complete all the levels, even counting the secret levels. The only thing that will increase the lifespan is the difficulty. The game is not easy, unfortunately it will be enough to persist so that it does not last long anyway.

The music is very correct; We feel a somewhat risky atmosphere that reminds you that we are in a castle full of dangers ready to kill you. The graphics are reminiscent of 16-bit consoles with anti-aliasing to make everything more beautiful.