Daequan Loco is one of the original superstars of Fortnite. He started creating content with the release of the game and wreaked havoc in the game’s first invitational tournaments.

His comedic and creative approach to the game allowed Daequan’s YouTube and Twitch to take off, and Daequan became a core part of building Team SoloMid’s Fortnite squad alongside Myth as a streamer.

Despite his many time-offs from the scene due to health reasons, Daequan still crushes the competition every time he returns to Fortnite. Having the right setup makes it even easier for him to pick up where he left off and keep delivering quality content.

If you think you have what it takes to play like Daequan or are looking to stream at the same quality, emulating his setup can allow you to take that next step.

Here are the key parts of Daequan’s streaming and gaming setup.

A good gaming mouse is the foundation of any competitive gaming setup since it directly transitions your reflexes into the game.

Daequan uses Logitech’s G600 gaming mouse, which is one of the best MMO mouses in the market. It comes with 20 programmable buttons and features a laser sensor that supports a maximum DPI of 8,200. The mouse has a response rate of one millisecond, making it a decent candidate for competitive games, and it weighs 0.29 pounds (133 grams).

While an MMO mouse can seem nontraditional for a battle royale player, the extra macro buttons can be quite helpful in Fortnite since you’ll be able to divide your most important keybinds between your keyboard and mouse.

Most veteran battle royale and tactical-shooter players prefer keeping their sensitivity levels at lower volumes to make tracking enemies easier. This means that they use lower DPI levels and make up for their lack of sensitivity by increasing their mouse’s movement area.

Daequan uses Logitech’s G840 XL gaming mousepad, which measures at 35.4 by 15.7 by 0.11 by inches. This large mousepad allows Daequan to freely move his mouse without worrying he’d start tracking on a wooden surface.

Buying a large mousepad can also be beneficial for low DPI users since you can just cut it in half and use the rest of it once the other starts weaning out.

Your mouse isn’t the only peripheral that will be transitioning your decisions into your game of choice. A decent mechanical keyboard is a must-have to make sure that you have the least possible response time.

Daequan uses Logitech’s G613 wireless gaming keyboard. Though wireless peripherals were avoided like the plague during the early days of gaming, they’ve improved a lot through the last decade and became the go-to choice of streamers who struggle with cable management. The G613 features Logitech’s Romer-G Tactile switches and has an advertised battery life of 18 months. It uses LIGHTSPEED technology, which makes it as responsive as a wired mechanical keyboard.

In most shooter games, audio queues are vital to pinpoint your enemies’ locations. In scenarios where you can’t possibly find your opponents, their footsteps can be the only indicator you’ll have, and not being able to hear these queues can cost you a Victory Royale.

Daequan uses Astro’s A50 gaming headset. Astro is a brand that earned the respect of shooter game enthusiasts through the years, mostly due to their quality and affordable options. The wireless headset features 40mm Neodymium Magnet drivers that provide clear mids and decent basses. Its battery can go up to 20 months in standby mode, and the headsets weighs 0.83 pounds (380 grams). 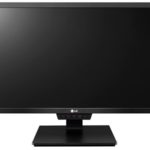 While a headset makes sure you don’t miss a beat when you can’t see your enemies, a good monitor makes sure that you see your enemies before they see you. They accomplish this with their high refresh rates and low response times, making your screen refresh more in lower time intervals.

Daequan uses LG’s 24GM79G-B Full HD gaming monitor. It has a refresh rate of 144 Hz and comes with a one-millisecond response time. Though LG refrains from giving their monitors that “gamer” look, it produces some of the best monitors fit for competitive games. The 24GM79G-B also has a tremendous out-of-the-box color accuracy, requiring little to no color adjustments to get it going.

READ  iOS 14 very first seem: This update will remodel your Iphone here’s why

High frames require high specs. Though games like Fortnite look less demanding than AAA games from a distance, they can become resource hungry since you’ll share the same lobby with 99 other players, most of the time.

Daequan uses NVIDIA’s GeForce RTX 2080 FE, one of the top graphics cards from NVIDIA’s Turing microarchitecture. A powerful graphics card like this allows Daequan to push above his monitor’s refresh rate, in terms of frames-per-second (FPS). This yields a smoother gaming experience in return and gives a slight advantage to Daequan versus all players who use 60 Hz monitors.

A card like this could be overkill for the average gamer who doesn’t stream, but it’s still not a bad idea to buy the best if you have the budget, to future-proof your setup.

The GPU isn’t the only part in your system that’s responsible for delivering high frames. Without a decent CPU, the performance you’d get from your graphics card would be limited, and bottleneck issues could arise.

Daequan uses Intel’s i9-9900K processor, which has a base frequency of 3.6 GHz. The processor can push itself to 4.3 and 5GHz with Intel’s Turbo Boost technology. While it reduces the need for overclocking, capable users can still push the processor to its limits since it’s one of the easier CPUs to overclock.

Like a powerful GPU, investing in a top-of-the-line CPU should set you for at least five years if you mostly prefer playing competitive games like Fortnite.

If you aren’t a streamer, investing in a separate microphone could be pointless unless you take pride in your audio quality. A quality microphone is almost a must-have for streamers, however, since their sound quality can make or break a stream.

Daequan uses an Audio-Technica AT2020 to deliver his silky voice to his audience. The cardioid polar microphone offers excellent value and features a noise level of 20 dB SPL. Its low mass diaphragm provides extended frequency response and a crisp transient response.

Getting yourself a studio-grade microphone can also be a decent idea if you plan to work on podcasts or create other means of content apart from streaming.

You can stack all the best gear and hardware available, but with an ergonomic seat to complete your setup, you may never be comfortable enough to take advantage of your build.

Daequan uses the Team SoloMid edition of Vertagear’s VG SL2000. The chair can support up to 260 pounds while it’s recommended for people who are shorter than 6.4 feet.

While size guidelines you’ll find online try their best to guide buyers through options, the safest way to invest in a chair will always be trying out yourself before pulling the trigger on one. We recommend going to a local store to try one out or reading through return policies to ensure you can return your chair if it doesn’t meet your expectations.

Like a separate microphone, a webcam is hardly useful for a gamer who doesn’t create content. If you’re a frequent video chatter or take online classes, however, it can be a nice way to dazzle everyone connecting with their laptops’ integrated webcams.

Daequan uses a Logitech C920, which records at 1080p/30 FPS and 720p/30 FPS. It also comes with a built-in microphone, but its quality could never match a dedicated microphone’s, or a high-tier headset’s mic’s sound quality.

It’s quite easy to adjust your audio through Windows’ volume mixer, but it isn’t always that simple for a streamer. A mixer helps streamers separately control their game, music, and microphone settings without switching to any other tab.

Daequan uses a Line 6 POD Studio UX2 which features a 12 dB dynamic range. The mixer also comes with a comprehensive pod farm library featuring different guitar amps and cabs, which can be useful for gamers that also like playing instruments. Mixers like Line 6 also allow streamers to use sound effects that they use for transitions and gimmicks.