The nuggets are linked in this month of September. The highly anticipated Deathloop delivers on all its promises, pixel-based adventure game Eastward shines brightly, while Sonic Colors Ultimate celebrates 30 years of the Blue Hedgehog. Here are the games of the week.

A real pleasure. Deathloop is one of those titles that marks the life of a gamer. With this slightly crazy FPS, the French studio Arkane Lyon brilliantly captures what should be the essence of video games: fun. And we’re not going to lie to each other, that feels great. The formula is simple: on the small island of Blackreef, Colt wakes up and must, in a single day, eliminate the enigmatic protagonists called “Visionaries”. In an open world, colorful with 70s accents and divided into four zones, you must find the best way to achieve your goals by exploiting a small collection of weapons and powers. Become invisible, launch your enemies through the air, teleport short distances … each player can tackle the missions as they see fit.

There are many possibilities to achieve your goal. You have to explore, find the best passage, the best strategy and try the most original, if not the craziest, approaches. Caught in a time loop, Colt will have a chance to vary his tactics. If you die it is above all to better restart your day, this perpetual restart for nothing in the “die and retry” mode, the philosophy of Souls-like games (Dark Souls, Bloodborne, Sekiro and company). If the challenge is constant, the progression is never made in pain. The pleasure is total and each mission is an invitation to creativity. Enough to transform this adventure into a very personal, unique and therefore inevitably memorable journey. Without a doubt the most successful title from Arkane Studios.

No special effects or luxurious 3D production are needed to move gamers and leave lasting memories. This is again demonstrated by Eastward, a little pixelated 2D masterpiece edited this week by Chucklefish and masterfully produced by the very young Chinese studio Pixpil. Available on Switch and PC, this title takes us to a post-apocalyptic world. There we meet the duo John and Sam. The first is a laconic miner of impressive strength who plays Sam’s surrogate father, a gray-haired girl endowed with amazing powers. Rejected by their city, they will first of all have to face the dangers that reign in a devastated world.

If the first steps in the world of Eastward are classic enough, the art direction is enough to catch the attention of the informed gamer who will remember the detailed and sublime pixel art of Mother 3 on the Game Boy Advance. It’s little to say that Eastward is among the most beautiful 2D pixelated games out there. Above all, the Pixpil studio hides its game well to offer a much richer story than one could have imagined, with its share of twists and turns constantly renewing the gaming experience. Over 25+ hours of adventure, Eastward delivers a story that is both poignant and wonderful, carried by a special care added by inspired art direction and rare quality pixel art.

Now that Sega’s blue hedgehog turns 30 this year, the Japanese firm continues to celebrate its most famous pet. Released on September 7, Sonic Colors Ultimate is the remake of Sonic Colors released for Wii and Nintendo DS in 2011. Ten years later, this title once again makes the nostalgic chord of old gamers vibrate and seduce a new generation. A remake that offers above all a second wind to the original game and invites you to run at full speed with Sonic. It is also the whole concept of speed linked to his blue hero in red sneakers that is brought to a climax here. 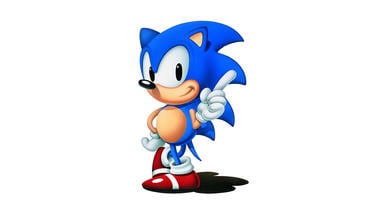 If Doctor Eggman still does his thing in this play, the great villain of the saga is this time in search of the Wisps. Small beings capable of granting special powers to the people who use them. To prevent Eggman from exploiting his strength, Sonic decides to collaborate with these aliens and takes the opportunity to increase their speed himself. Depending on their colors, Wisps will allow the hedgehog to run up walls, accelerate to the speed of light like a laser beam, cross walls, or even fly like a rocket.

Combining gameplay between 2D and 3D platform games, this Sonic Colors Ultimate offers a refreshing experience that invites you to use these new powers to discover many secrets in each game. If we can blame the lack of readability of what happens on screen during certain passages, Sonic Colors Ultimate is pleasant to play and to present to a young audience.