Released almost two years ago on PS4 and Nintendo Switch, Action / RPG but especially Creation, Dragon Quest Builders 2 is now available on Xbox machines. A bit later on Microsoft consoles, as did the “ex-exclusive” Octopath Traveler from the same publisher Square Enix, which recently appeared on Xbox. So how much is this backward compatible version of Xbox One worth on Xbox Series S | X?

If you follow the news you know that the Dragon Quest franchise celebrated its thirty-fifth anniversary with a show at the end of May. The opportunity to discover four ‘new’ titles planned for consoles, at a date not yet determined.

First, the highly anticipated next installment in the saga: Dragon Quest XII – The Flames of Fate. This latest installment will benefit from a worldwide release, will use Unreal Engine 5, and should be darker than previous installments in the series. Remember that the title, like the one below, is currently in the early stages of development.

Second, Dragon Quest X, which is not new as this online MMORPG benefits from regular updates and extensions. At the moment, the application is only accessible to Japanese players, but why talk about it again today as a novelty? Simply because a European release is perhaps looming in the future, the studio has announced a fully playable solo offline version for this DQX.

Third, Dragon Quest III. The title originally released on the NES in 1988, will play the charm of the HD-2D remake with graphics reworked in the style of Octopath Traveler to be as visually flattering as the latter. Called Dragon Quest III HD-2D Remake, the game will launch on consoles and will also benefit from a simultaneous international release.

Finally, let’s finish with some new software: Dragon Quest Treasures. An adventure / RPG spin-off with Erik and his little sister Mia, from Dragon Quest XI – The Fighters of Destiny. It will be a matter of exploring the childhood of the two young people in an adventure in the search for treasure. Of course, this work will be a prequel to Dragon Quest XI and will also benefit from a future international release.

While we wait for new information about these titles, let’s not forget that the Action-RPG Infinity Strash – Dragon Quest – The Adventure of Dai will be released normally throughout this year 2021 on consoles.

Going back to Dragon Quest Builders 2, this is the only Builders to land on Xbox consoles, but it’s also the most stocked, especially with the farming look and feel. As usual, you can find some excerpts from our PS4 / Switch test below or go directly to the last paragraph dedicated to the technical specifications of this version.

Evil has won … Huh, what?
Now separated, the heirs of Kaos subsist and wreak havoc advocating destruction. The inhabitants of each island, having no choice, follow these same precepts. They have to live with the fact that construction can make them heretics and they would suffer the consequences. As of today, our character has been captured and is working “by force” on a ship. But very quickly, a storm appears and our apprentice builder is shipwrecked on a seemingly deserted island. Except in this one Malroth hides[…] 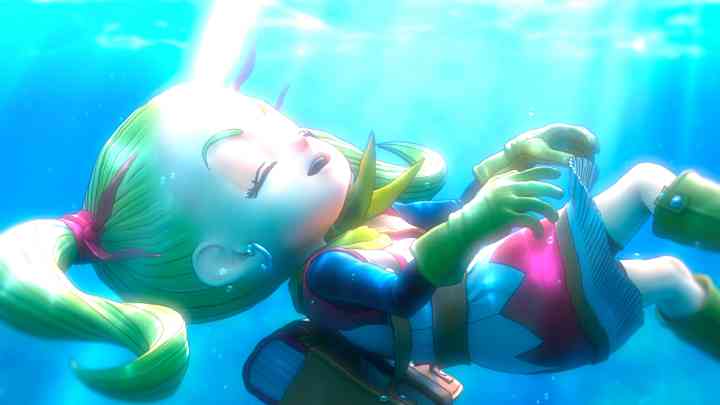 DQB2 maintains the basics of its predecessor …
Due to its playability, this second episode builds on the foundations established by its predecessor while bringing many welcome news. In order to create and build houses, or even weapons, you need resources. First, we explore the environments to destroy as many items as possible. Every piece of land destroyed, be it land, trees or even buildings, allows these precious materials to be recovered. Once we have enough, we can get to work on a workbench to create decorative elements, doors, tables, etc …[…]But there is also the pure elaboration that allows the construction of all kinds of useful buildings.[…]For a building to be considered as such, it needs: a wall two blocks high, a light source and a door. For a sober room, all you need is a mattress and a light source (flashlight, etc.). It’s as simple as that. 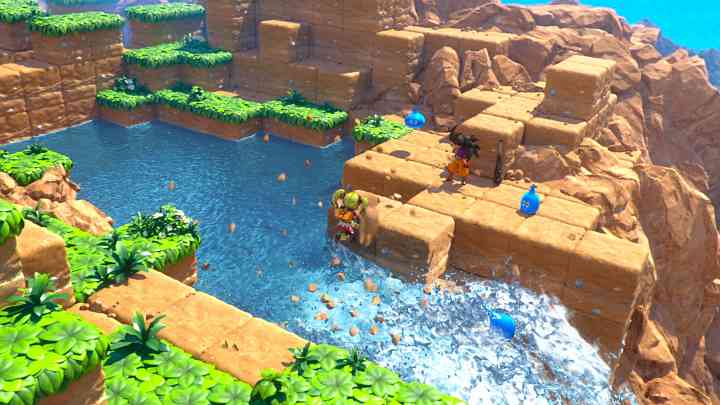 … and enriches it
In addition, for this second work, the buildings do not have more “statistics” in the strict sense, from now on it is size and quality that prevail. Depending on the demand of the inhabitants in their various occupations throughout the day and on their own achievements, the villagers are happy to use the amenities (cooking, bathing, eating, or being able to work). And when that happens, they leave little hearts of “happiness” behind.[…] 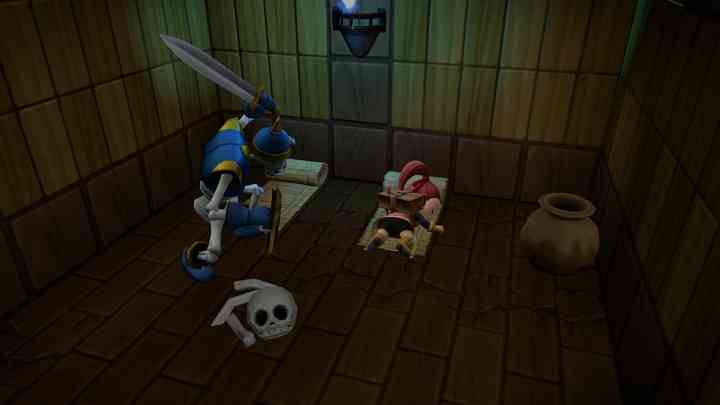 An even more interesting exploration but with more anecdotal fights
Of course, exploration is always at the heart of the software. If you can destroy the environments little by little to collect materials, wandering around the places allows you to discover many hidden secrets. If, for example, a place is inaccessible at first glance, on top of a mountain, let’s face it, this necessarily means that there is something interesting: a chest, an enigma, a mini-medal, a rare item or a side quest. ![…] 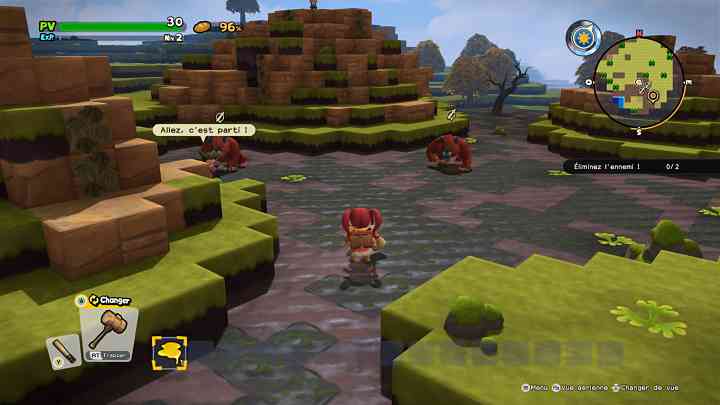 Make way for a well-integrated agricultural feature
In addition to these constructive novelties, DQB2 quickly presents a new aspect: agriculture. And not simply anecdotal, this part has not been relatively worked. If you are familiar with Harvest Moon softs, you shouldn’t be misled by this feature. Specifically, to grow fruits and vegetables, therefore, you need good soil and clean it indicating the presence of a scarecrow. Then a few residents dig the chosen earth and finally it’s up to us to take control. You only have to plant one seed: cabbage, tomatoes, sugar cane, etc. But beware, it is not because the placement is easy that the cultivation is too! For a cabbage, there is really no indication to take into account but instead for sugar cane, it will be necessary to water the soil. And think about water for planting, cultivating, harvesting, etc. Read the rest of the test.

See also  With 250 Mbps on the Renchen facts freeway

An added grain of sharpness and a little surprise.

Now let’s move on to the graphics and technical specifications of this version of Xbox. Once again, the cubic charm along with the Dragon Quest universe still works well. We are happy to evolve in the different places and find the bestiary of the series.

Note that the ergonomics and therefore the layout of the keys are based on the PS4 version, “Y” logically replacing “triangle”, etc …

Note that between these two versions, the purely graphical changes are minimal or even imperceptible. We only noticed an additional grain of sharpness overall.

Finally to finish, compared to the PS4 and Switch versions, this Xbox version directly contains several DLCs, the equivalent of the original Season Pass with: the Loto Pack, the Aquarium Pack, the creator’s dark glasses, the legendary hat, the Lordragon’s throne without forgetting the Modernist Pack. Something to give our creative talents even more pleasure, but not only!

This version of Xbox does not revolutionize anything that was implemented on PS4 and Switch almost two years ago. Therefore, we find an adventure that continues to be so exciting if we join the Sandbox side, while we take advantage of the enrichment that this second work offers, we think in particular about the integration of new features such as the terraforming aspect and agriculture relatively well developed. . If you haven’t tried this second episode of Dragon Quest Builders yet, this is your chance, especially since the title is already included in Xbox Game Pass.