Players can register to participate in the first test of the game. To celebrate 20 years of the franchise, Ubisoft is giving away Ghost Recon.

Ubisoft has announced that Tom Clancy’s Ghost Recon Frontline, the new free PvP shooter game set in the famous Ghost Recon universe, it will open the first tests closed from October 14 to 21 only for PC gamers in Europe. Fans of the series can register at ghostreconfrontline.com for a chance to play the early trial stages and receive the latest news and updates. Ghost recon frontline will be available for Xbox Series X | S, Xbox One, PlayStation 5, PlayStation 4, Stadia, Luna, and Windows PC via Ubisoft Connect, with cross-play available at launch.

An open world full of surprises

The title includes a wide range of tactical support teams that offers total freedom in strategic planning through different modalities.

Expedition, the main game mode, offers a new take on the genre real battle. With over 100 players in groups of three, watch teams work together to complete objectives through thehuge map without a circle which reduces the area of ​​action. Once the necessary information has been collected, the player will need to reach the drop zone and ask for a raffle. As soon as it’s done all teams will know the location extraction and will attempt to intervene. Other modes will be available at launch.

The title also offers a unique and advanced class system that allows you to upgrade and customize each mercenary to suit different strategies. The player may switch between different mercenaries even in the heart of a battle, making each match a unique and extremely tactical experience. During the first closed test, three classes of mercenaries will be available, which will come, later, increase at launch:

– Assault class: great support in tight spaces and during
exploration maneuvers.
– Support class: offers great protection with fortification skills.
– Scout class: you can easily do a study of the area for the team,
Detect and attack enemies from a distance, without fear of retaliation. 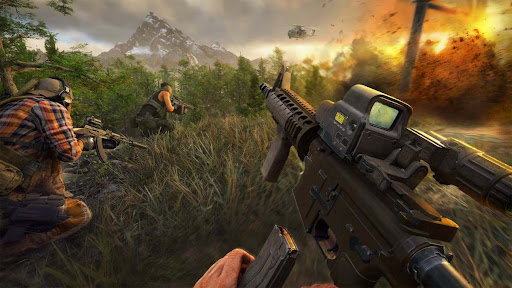