We must take down the gods. And for that, nothing like an expedition of brave warriors. But the divinities do not allow this to happen, they are tough, as you can see in this game.

Here we are in a world that was created from scratch by the gods. These same gods created vassals, men. The latter gradually grew weary of the weight of duties towards their gods. Then the revolt began to rage among these men, they took up arms to challenge the powerful. In proud ships, they sailed on the waves to drive these gods out of their lair, but the deities commanded the sea to counter this offensive. Only eight warriors survived and came to these sacred lands to kill the dominant. 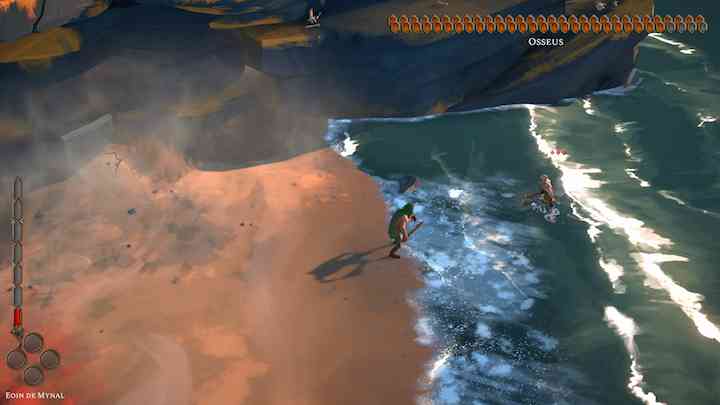 Therefore, the game begins on the beach. You lead the troops as one man into a cave infested with enemies. There you have to choose one of the fighters. At the time of this choice, you have indicators to help you: a rating based on a 4-star scale, a level of stamina, strength and speed. There is also a skill like, for example, Cheat death which increases damage when your health is low. And then when entering the dungeon, you can equip previously found items. 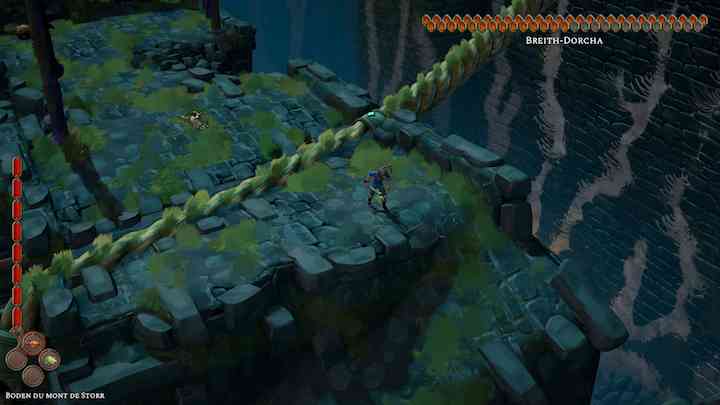 You have a stamina bar. This contains your energy but also, in the empty energy segments, of the bloodlust collected when you hit enemies. This thirst can be turned into energy. Basically killing enemies allows you to regain your health. And if you wait until you store enough Bloodlust, this health transformation comes with temporary bonuses. On the side of the arsenal, there are classically fast attacks and powerful attacks. You can also jump, stop and dodge, run. It’s a beat’em all you have It also has four item slots for anything you find in the field. And then the weapons left by the enemies can be used against them. 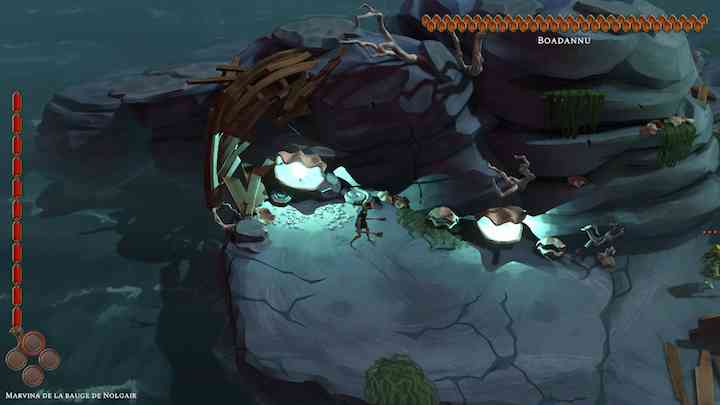 Fail and start over

As for the gameplay, it’s pretty well done, you have to dodge at the right time, don’t rush into the crowd like a big hassle because otherwise you’ll get to the green plains of paradise faster than expected. Therefore, if you rush towards your enemy when their attack should attack you (indicates a burst of light), you will be very effective in damage. And then the light attacks interrupt the enemy attacks, while the powerful ones must be privileged from a distance. Learning is difficult, we are in a system of dying and trying again. Little by little the player masters the strokes, be a little more careful, and that is what is gratifying: this ability to progress purely technically. That said, it is quite a beat’em as we know them, there is no authentic originality, I prefer to tell you right away. 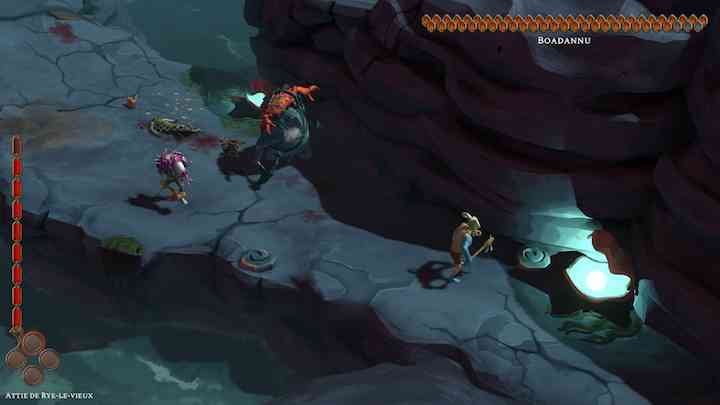 Therefore, in each dungeon you have your eight warriors. If one dies, you have to choose another over and over again. And every time the waiting warriors see their abilities modified. On the other hand, if you manage to defeat the boss, the warriors are freed for the next dungeon. On the map, you wander alone to choose the dungeons and the warrior who will enter to fight. Be careful, some have a history with certain gods that has an impact on their abilities, follow this closely.

And let’s talk about Bosses. They are chosen pieces, difficult to beat, very difficult. We will have to be smart and strategic to kill them. They are the salt of this adventure, the dungeons are a preparation for this confrontation. Replayability is essential because each game has a different difficulty. Each time, the level of the gods is drawn, so don’t think that you can know one path more easily than another.

READ  Walther Tröger died at the age of 91: in mourning for "Mr. Olympia" - sport

Graphically it’s cute, it’s a pretty neat cell shading with a little cartoonish side to the heroes that shows the software isn’t taking itself seriously. The animations are quite fine, especially when it comes to fabrics. The different worlds are varied, we really enjoy exploring each of them.

Tested on Xbox One

This is a very nice beat’em. I spent a few hours there full of pleasure but also of frustration because if the game is difficult, it requires a long learning. Bosses are real challenges that make you want to come back again and again. So, of course, the title is agreed in certain aspects, it is one more beat’em but it knows how to arouse the interest of the players. Which would have been even more true with a cooperative mode.

the unknown and forgotten games of the Ubisoft series