In the coming months the official launch by Xiaomi of the MIUI 12.5 will begin, but behind the scenes we are already thinking about the news that they will bring MIUI 13 me Android 12. As the company itself states, 12.5 is an intermediate version, so we hope that the 13th edition will have a greater impact. As much as Xiaomi’s user interface differs from the Android stock base, it is undeniable that some features will be present. The first screenshots of Google’s upcoming big update have appeared, the release of which will coincide with the MIUI 13 period, so let’s see what will change.

Xiaomi working on MIUI 13: this is what the launch of Android 12 will mean

Let’s start by saying what will not change radically in MIUI 13, or the management of privacy and security. From the Android 12 screenshots it is clear that Google and Xiaomi have “inspired each other” (even if Google has been working on it for years). In the upper left we see the camera and microphone icons, which will be activated to indicate that a running application is using these two elements. If you have seen ours MIUI 12.5 preview, you may have noticed that this feature is already present. However, an addition that we do not find in Xiaomi’s current user interface is the possibility of turn off camera and microphone. Simply activate the appropriate switch to prevent any application from accessing it, which will effectively not expose us to intrusions.

Another great news should be the native integration of a VPN, with which to make browsing safer. One has also been found in Android 12 mode of limited network, a kind of firewall that would allow only system applications to connect in the background. We’ll see if it will be refined in the future, perhaps giving the user a way to choose which apps to add to the unblocked list. Last but not least, it should be simplified share Wi-Fi passwords, currently limited to scanning a QR code. Taking advantage of the Near Share protocol, it would be possible to send it to nearby Android smartphones, a bit like sending a file via Bluetooth.

With Android 12, it seems that Google wants to decrease the amount of Quick Toggles per line, going from 6 to 4. A change that I personally do not appreciate, but that will not worry Xiaomi, thanks to its Control Center. The same goes for handling notifications, with a more curved effect for the General Conversations and Notifications tab.

Different is the discourse relative to widget, in which Google is working with a certain priority. Similar to what was seen with Apple and iOS 14, developers are implementing a system of new widgets, including one for Conversations with which to highlight recent messages, missed calls and events of various kinds. Apparently we will find it with almost certainty in MIUI 13, since Google would like it to be mandatory for interfaces based on Android 12.

An already very “hot” topic for Xiaomi is Themes, a predominant element of MIUI always. And with MIUI 13 based on Android 12, new graphic customization tones could be added. Apparently, Google is planning an expansion of the options already present by allowing users change the color not only of UI, but also of third party apps. A bit like it already happens when you turn on the dark theme (as long as the apps support it).

Another interesting option concerns the synergy between themes and backgrounds. When applying a new wallpaper, the system can suggest a theme that incorporates the primary colors of the image used.

Some of you may not like it, but it is undeniable that emojis are an important element in the way we communicate online. The Unicode standard is getting richer, but there is a problem: every time new emojis are added, it is necessary to wait for a new system update to receive them (or put them via root). With Android 12 and MIUI 13 this limit should disappear: Google would be working to ungroup them from the operating system and make sure they can be independently updated. 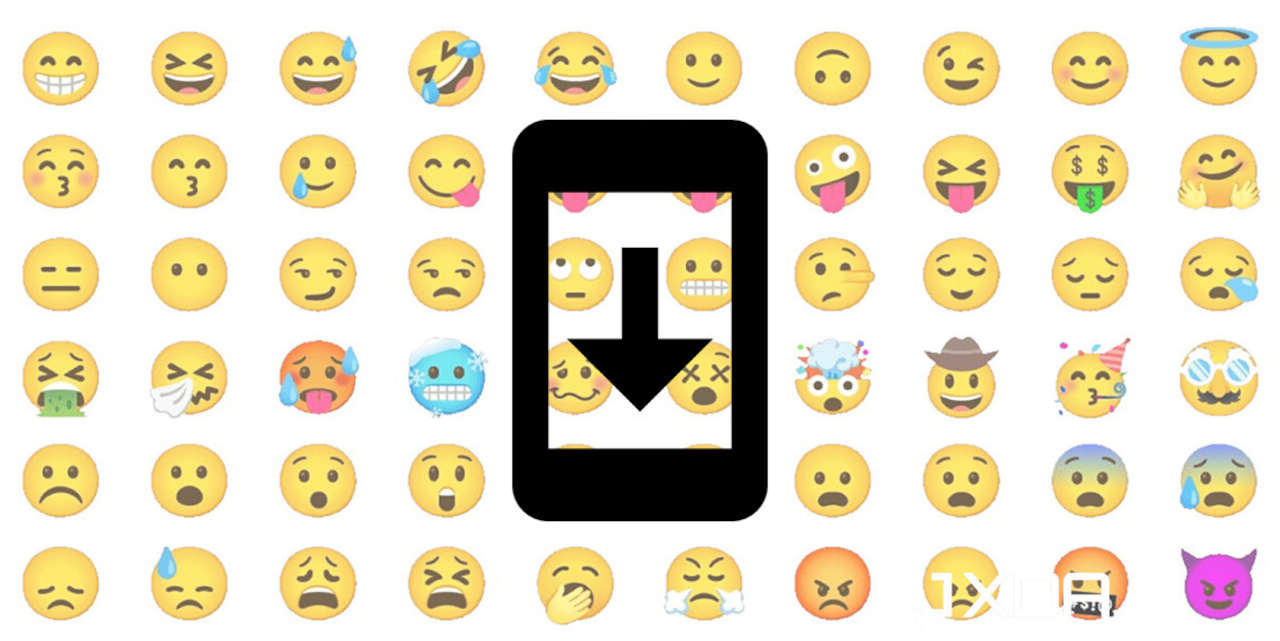 Sources within Android 12 work suggest that a user interface like MIUI 13 could support revamped multitasking. The current split screen mode will expand, allowing you to launch app pairs. In this way, if you have two applications that we use often in split screen, it will be possible to pair them and just click on the relative shortcut to start them already in split screen. A feature that we already find in other interfaces (such as Samsung’s), but that you could only see in Xiaomi as well. This function would be called App Pairs and would replace the current (and inconvenient) method of creating splitscreen.

An important topic for major updates is improving but optimizing at the same time. Having an operating system that misuses the power offered by smartphones becomes a bad rather than an advantage. One of the most important innovations of Android 12, whose impact would also occur for MIUI 12, would be the implementation of Mainline project. Remember Project Treble, an initiative to free manufacturers from chipmakers and speed up upgrades? Here, Project Mainline behaves in a similar way: with its integration, Google would free itself from the producers, being able to update important Android components without waiting for the producers to release new updates. 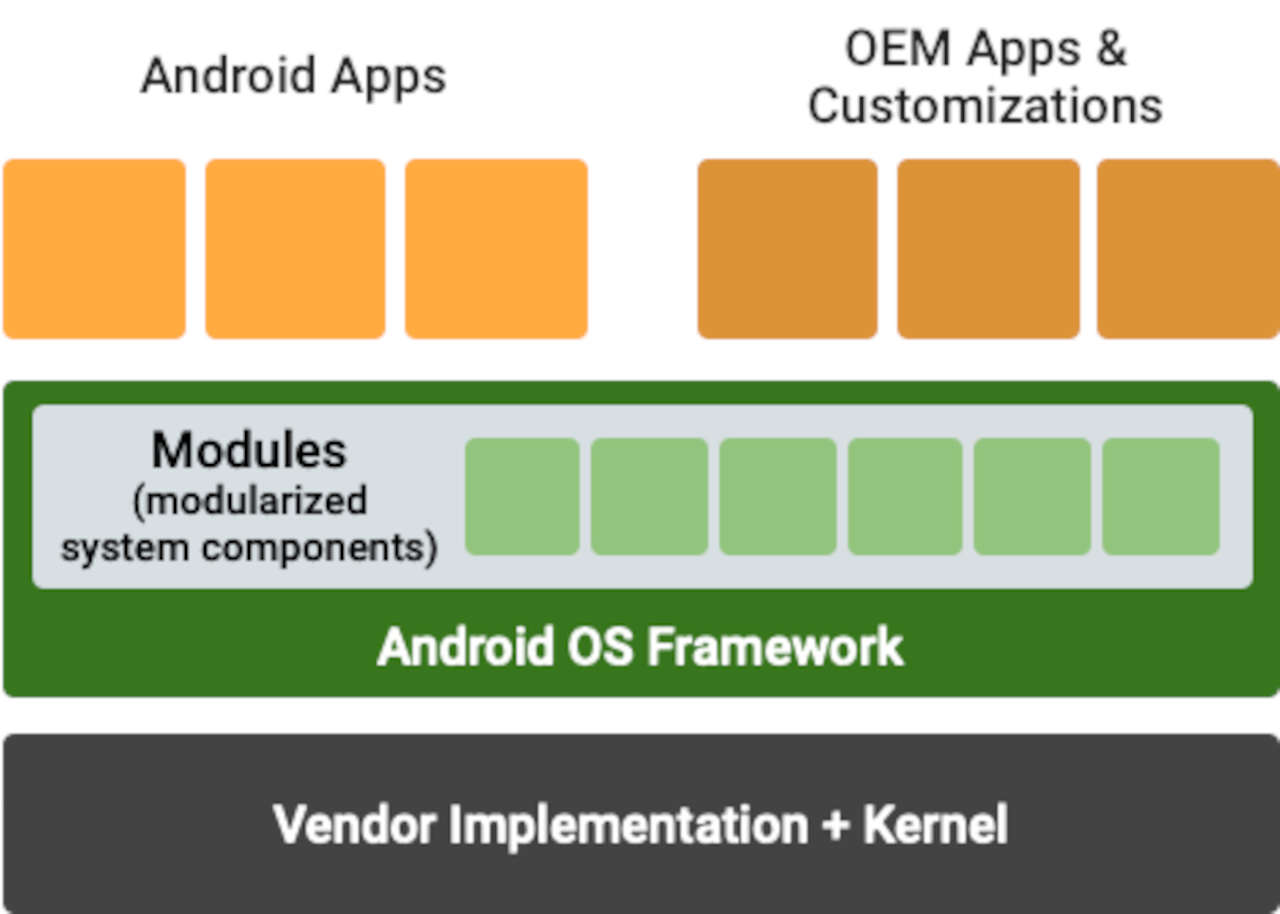 Not only that: Google is also studying a new incremental file system that would allow users launch the app while it’s still downloading. A very useful option, for example, when it comes to games that occupy several GB: downloading them may mean waiting several minutes, but this way you could start them earlier. If a game is 5GB but the intro is 1GB, simply download it to launch and download the other 4GB while you play.

Further optimization of Android 12 would refer to a function of hibernating unused applications. A feature that reminds us of the late Nextbit Robin (You remember?) and that would allow the system to free up useful memory. It has not been illustrated in detail yet, but we assume that the app would be re-downloaded at the time of the event.

What smartphones will receive MIUI 13 and Android 12?

It is still early to know precisely which Xiaomi smartphones will be updated to MIUI 13. But based on the company’s history, a provisional roadmap already exists and you can find it in our dedicated article.

⭐️ Follow and support GizChina his google news: click on the star to insert us into your favoritesI .

See also  SpongeBob SquarePants: Fight for Bikini Base – Rehydrated… The Battle is Officially Again On