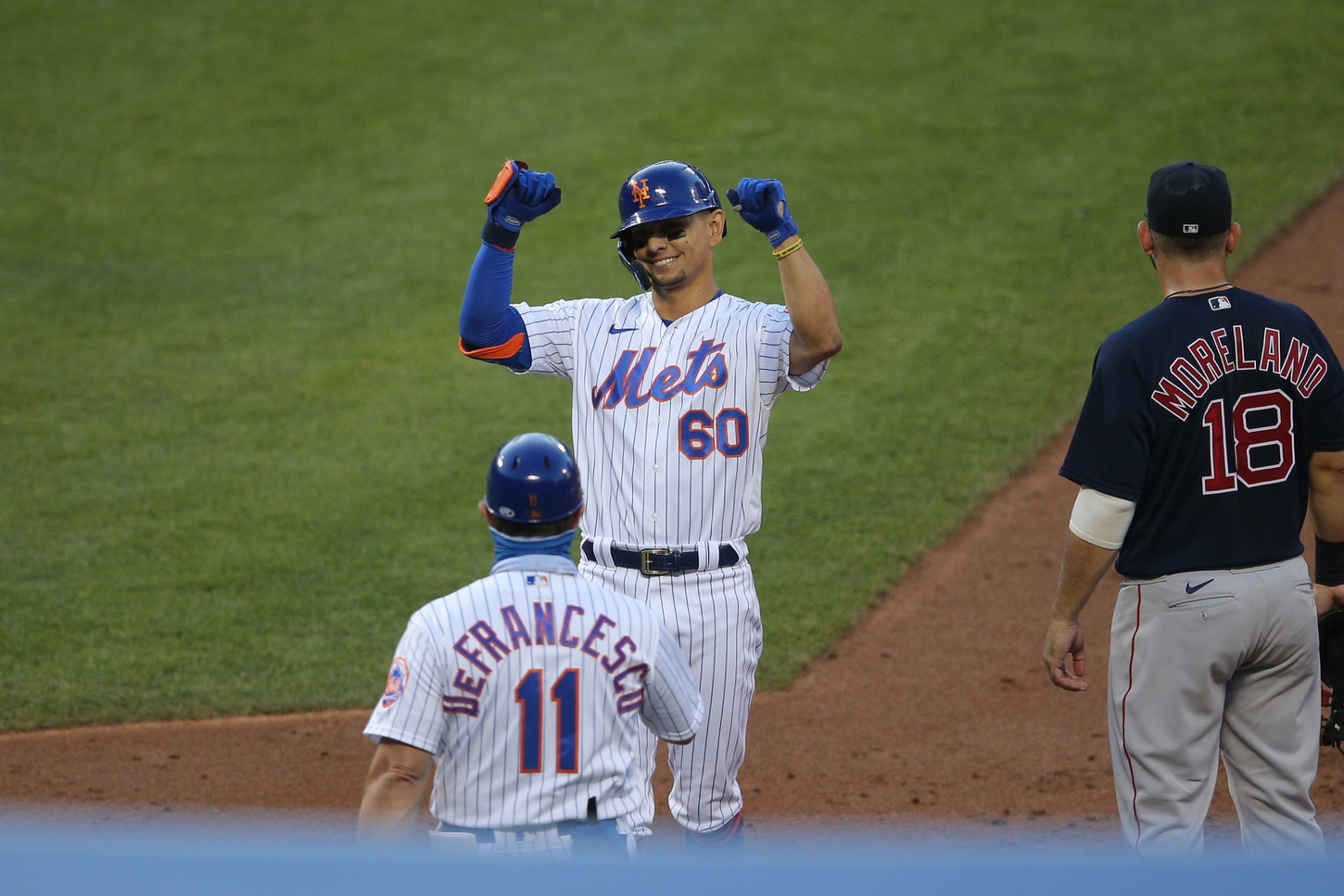 The Mets are in mid-season form: they have left a ton of runners in scoring position the last two nights. In each of the last two nights – just one hit – by the Mets in one of several opportunities probably means the Mets win the ball game. It’s frustrating. Especially when it happens for deGrom and Matz at the top of the rotation.

Anyway, the Mets go on the road today, although not literally. They took advantage of Boston’s proximity to New York to travel by bus early in the week. Last night they went to Atlanta in a slightly larger plane than they normally do to space out.

Rick Porcello makes the start for the Mets tonight. In his Mets debut on Sunday, he allowed 7 runs, 6 earned, over 2.0 innings in a game the Mets eventually lost 14-1. But now he gets to face the Braves again! Since the Mets and Porcello took on the Braves at the start of the season, the team has cleared both Tyler Flowers and former Met Travis d’Arnaud to play. Right before the start of the season, they both had flu-like symptoms but negative tests, out of an abundance of caution, they stayed back in Atlanta. What a concept. Anyway, the Braves now have the following numbers against Porcello:

The Mets bats will get another look at Sean Newcomb as he continues to get stretched out into a starting pitcher again. In his first start of the season, against the Mets, he allowed 1 run on 3 hits and 2 walks over 3.1 innings. Last year he mostly pitched as a reliever, pitching in 55 games making only 4 starts with a 3.16 ERA. The Mets have the following numbers against him:

David Peterson will officially make his second big league start against the Braves on Sunday.

Over the last four games, the team is batting .285 (41-144) with four doubles, a triple, six home runs and has scored 22 runs. The Mets have scored three or fewer runs in four of their seven games this season.