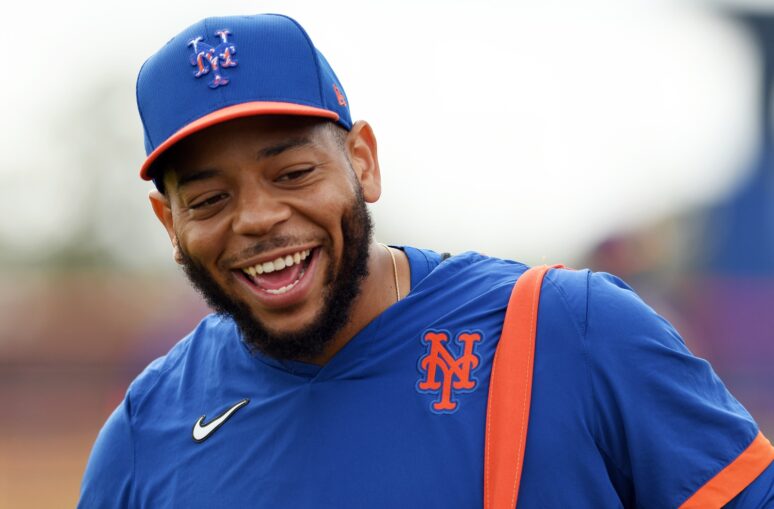 I went to sleep last night thinking that the Mets 14-1 loss was going to be the story dominating #MetsTwitter today. Then the Marlins news broke. First, 7 additional players and 2 coaches tested positive, bringing the total up to 13 people in recent days (could be 14, there was confusion earlier today if it was 7 or 8 players who tested positive). Then a story broke that the Miami players decided to play yesterday, despite having positive tests come back before the game – and – there was no mechanism in the MLB Covid-19 response plan to counteract their decision.

The game in Miami was cancelled tonight with the game in Philly but there have been rumors that the Marlins picked up the virus in Atlanta, and the Braves just played the Mets so both of those teams should probably not play tonight either. It seems like baseball’s plan is to allow the Marlins to play later this week with players mostly from their 60-man roster. I’m not sure how this ensures the competitive integrity of the sport but whatever.

Anyway, baseball news has been chaotic all day, which doesn’t make me feel better about any other aspect of society returning to normal.

But, as of 4:30 p.m. ET, baseball is still happening today so on to the game preview:

The Mets have shipped up to Boston via a bus after a disappointing end of the series. After showing lots of hope and promise the first 17 innings of baseball this year, things have gone downhill in the last 11. Díaz blew a save, Hunter Strickland made the game out of reach and then last night Rick Porcello just imploded. The Mets lost 14-1 in a real clunker of a game and dropped a series they could have easily won.

The Mets pitching experiment continues tonight with Michael Wacha. Last year he pitched in 29 games, 24 starts, for the Cardinals pitchign 126.1 innings with a 4.76 ERA, 5.61 FIP, 1.563 WHIP and 90 ERA+. His FIP and WHIP were the worst in his career last year and his ERA+ was the second worst in his career. But, he did look good in one of his last Mets tuneups before the season. A few members of the Red Sox roster have seen him in action:

Josh Osich is slated to make his first major league start tonight. In his first game experience of the season, he pitched one inning and allowed 1 hit. Last year he pitched in 57 games totaling 67.2 innings with a 4.66 ERA, 1.138 WHIP, 4.96 FIP and 99 ERA+. Just looking at his numbers, its safe to assume that Josh will go 1-2 innings tonight. Maybe three innings if the Mets go down quietly and quickly. He pitched 1.2 innings against the Mets last year allowing 2 runs off two hits, both homers, and a walk while striking out one. The Mets have the following numbers against Josh:

The Mets recalled right-handed reliever Tyler Bashlor as the corresponding move to right-hander Corey Oswalt being sent down.

Michael Conforto has safely reached base in all three games of the season. He is 4-8 with a run, a double, a walk and was hit by a pitch. His .500 batting average is second in the National League and is tied for sixth in the majors.