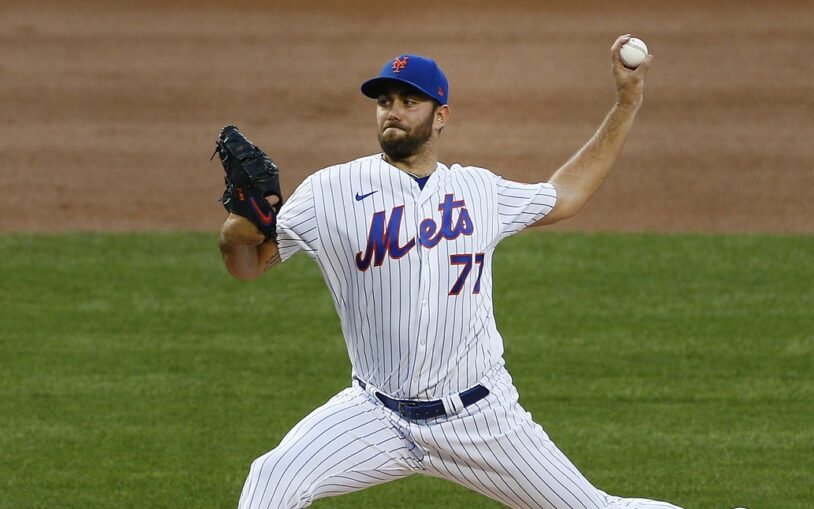 I’ll admit it. When the alert came through on my phone last night that Gsellman had allowed a 3-run homer in the top of the first inning, I thought the game was over. For the first time in a while last night the Mets bats did not allow that homer to be the defining moment. Brandon Nimmo led the bottom of the first off with a homer and the Mets eventually scored 4 runs in the inning. At the end of the night, Nimmo and Alonso each had three hits, Conforto and Smith each had two hits and the Mets scored 11 runs.

Now the Mets, who slogged through the first two games of this series, have a chance to split the series. Also of note, today is one of the rare days the Mets have a day game, so no late night flights or bus rides on 95 tonight.

David Peterson will make his first career start against the Nationals this afternoon. Over his first three starts, he has pitched 16.2 innings allowing 7 runs from 16 hits and 6 walks while striking out 14 posting a 3.78 ERA, 3.99 FIP, 1.320 WHIP and 111 ERA+. In his last start he allowed 2 runs over 5.0 innings against the Marlins throwing 84 pitches. He’s thrown now 78, 87 and 84 pitches per game. The pregame hope is to get him a bit deeper into today’s game as the bullpen last night had to toss 7 innings.

See also  5G smartphones priced under Rs 15,000, find out the features of the top 5 smartphones

The Mets bats will look to keep last night going against Austin Voth. Voth has allowed 3 runs, 2 earned from 6 hits and a walk in 10.0 innings over two starts this year. Last year he pitched in in 9 games and made 8 starts, totaling 43.2 innings with a 3.30 ERA, 3.79 FIP, 1.053 WHIP and 138 ERA+. His one relief outing in 2019 was against the Mets where he held the Mets scoreless over 2.1 innings. The Mets have the following numbers against him:

Manager Luis Rojas reiterated before the game that Amed Rosario is the Mets starting shortstop when he’s 100% recovered from his stomach bug.