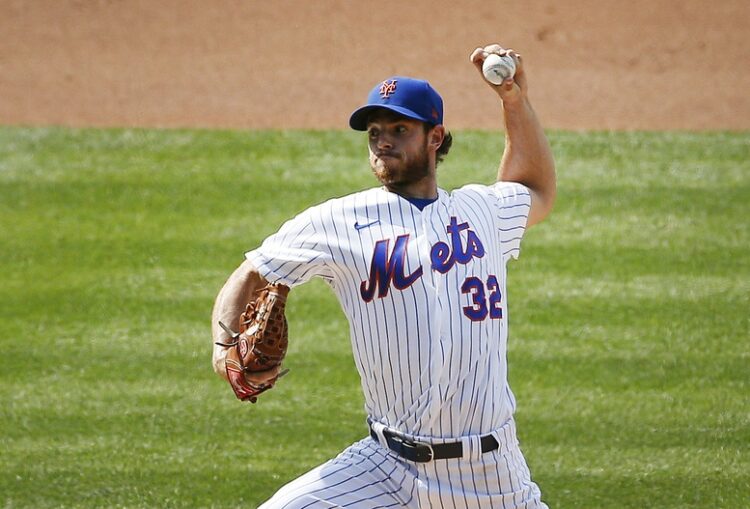 Over the course of a season a team will win a handful games they had no business of winning and lose a handful of games that should have been wins. In baseball, this makes all the difference some years. In a season with only 60 games, that’s magnified. With the bases loaded in the bottom of the 9th with no outs, the Mets had yet another opportunity last night to put up some runs. They didn’t. It means the Mets just lost 2.7 games that they should have won. Painful but it isn’t the end of the world.

Now the Mets will try to put themselves back together as they look to take the four game home/away set from the Red Sox behind Steven Matz. In his 2020 debut, Matz allowed 1 run off 2 hits (one homer) and a walk while striking out 7. Last week we noted that Steven’s 4.21 season ERA last year didn’t tell the whole story as the in his last 14 games he had a 3.52 ERA, and in a 9 game stretch he had a 2.32 ERA. Tonight will pretty much be a mystery for Matz and the Red Sox – only Kevin Pillar has faced Matz. He’s 0-3 with a strikeout.

The Mets bats will get a look at Martin Perez today. The long time Texas Ranger signed with the Twins on a one year deal in 2019 and has signed with Boston this year. In his first start of the season against the Orioles he allowed 5 runs, 4 earned over 5.0 innings from 6 hits and 2 walks while striking out 2. Last season he pitched in 32 games making 29 starts logging 165.1 innings with a 5.12 ERA, 4.66 FIP, 1.518 WHIP and 90 ERA+. He actually ended up facing the Mets both times they faced the Twins in interleague play last season. In April he made a relief appearance for 2.0 innings allowing 3 runs off 3 hits and 2 walks. In July he held the Mets to 2 runs, 1 earned over 6.0 innings from 5 hits and a walk. The Mets have the following numbers against Perez:

Before the game, the Mets placed Eduardo Nunez on the IL, selected the contract of Brian Dozier, designated Hunter Strickland for assignment, and recalled Daniel Zamora.

The team also announced they’ve officially signed catcher Bruce Maxwell and he has been sent to Brooklyn.

The Mets are second in the big leagues with 57 hits, the Red Sox have 59.