Technology has a unique trait of evolving itself overnight. Every bit of technology is constantly changing and will continue to do so over the years. With the new launch of apps almost every day, there is no doubt that a virtually driven world is the future.

Mobile apps have transformed the way we live our lives. There is an app for everything humans do, from ordering food to groceries, making a restaurant reservation, watching a film, online banking, and so much more.

Apps are defined as end-user software applications specially designed to operate on cellphones and expand the phone’s capability by enabling users to perform their tasks.

Technology has not only evolved but also streamlined our day-to-day activities. Cell phone usage in the United States has increased radically over the past decade, and 8 out of 10 adults are cellphone users, which amounts to more than 82 percent. Along with the widespread use of mobile phones, the “apps culture has been resurgent.”

A Brief History Of Mobile Apps: What led to its expansion?

Did you know that it’s been less than two-decade since tech giants like Google and Apple launched their app stores? Unbelievable, isn’t it? In March 2017, Statistica reported that the available apps in leading app stores tallied to more than 6.3 million apps in total. This is a staggering figure, given that these app stores were launched in the late 2000s.

In the traditional days of app development, the first mobile apps used in the US were mainly monthly calendar apps, calculators, messages, and simple games developed in the Java framework.

After IBM introduced the first-ever smartphone in 1993, it launched the era of in-built apps like calendars, contacts, world clock, calculators, etc. In 2002, with the launch of the Blackberry mobile, a new era of mobile app development emerged, and this also brought about the integration of the initial concept of wireless email.

See also  As an alternative of the standard €3.59, Google presents motion-packed adventures in a colorful entire world for totally free.

Together, these two features expanded the app’s culture and contributed to the overall growth of mobile app marketing. Unlike desktop apps, mobile apps were built to perform multiple tasks in one go proficiently, and this all-in-one feature attracted users worldwide.

Further, mobile apps were easier to develop compared to desktop apps. App stores like Google and Apple made it easier for developers to publish their apps and reach a wider audience. The ease of development and low cost compelled developers to create more apps and ultimately proved an efficient alternative to desktop apps.

As we mentioned, users loved the convenience and compact design of the mobile apps used in the US. Since most mobile phone owners carried their devices everywhere they went, they could use these apps on the go and keep themselves entertained. In fact, after downloading the app, most users figured out how to use it within a matter of minutes.

According to a recent study by MTV Networks, 83 percent of the respondents admitted that they were “addicted” to mobile apps. Part of the reason for this was that mobile phones were portable and conveniently within the user’s reach, unlike personal computers.

See also  Japan has the most powerful supercomputer in the world

A similar study by Nielsen reported that 47 percent of mobile app users have even paid to download an app. An average cellphone user is reported to have at least 18 apps on their phone.

What are the most popular types of mobile apps in the United States? 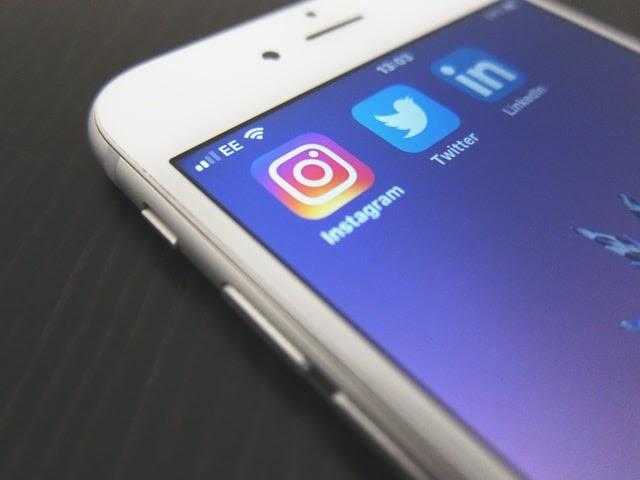 The wide variety of apps available also contributed significantly to the development of top mobile apps in the US market. Today, there is an app for literally anything one can think of.

Technology is leveraging the function of mobile apps to extend features to manage the IoT networks in smartphones, such as Alexa, allowing customers to switch on/off lights, control temperature, electrical consumption, etc., using a simple app.

Apps also allow users to pay for gas with their phone at the gas stations, book flights and will enable them to pair their phone with their car, so they are never lost.

There are countless ways to use mobile apps. These apps have gone beyond social media. Nielsen data indicated online games were among the most popular mobile apps, followed by news and weather, maps, social networking sites, and music and entertainment apps.

Gaming apps amount to almost 60 percent of recently downloaded apps by a user. The increase in the legalization of online gambling by several American states has further exacerbated these statistics. Several online gaming websites have developed a mobile version for their users.

For instance, the twinspires sportsbooks app is available in some states that now allow sports betting. These apps allow users to place bets on the go and look at results immediately. Sports fans do not need to miss out on the action, even if they are traveling or are stuck in a meeting.

Sportsbooks, OTT platforms, and audiobooks are popular entertainment sites that had seen a rise in usage, especially since 2020, when people had to abstain from stepping out. Apart from gaming apps, mobile applications like Fitbit, Siri, and Amazon are the most frequently downloaded apps in the United States.

The Future of Mobile Apps In The US Market

Mobile phones have now become a part of American culture. The advanced ecosystem of mobile computing applications has been a blessing for the US Market, and the widespread embrace of the apps culture has spawned the growth of US industries.

The cell phone industry in the US is one of the biggest contributors to its economy, and App developers are also among the highest-paid professionals in the country.

In the future, mobile apps will replace websites and continue to be a part of the virtual ecosystem. The technology is changing, and with that, apps will also evolve. Advances in technology like blockchain, cloud computing, and drive storage will drive invention in sectors like healthcare.