HTC hits the ground running again: After a new smartphone was recently announced, now an Android tablet has surprisingly appeared. However, the mid-range device with a 10.1-inch screen is not available everywhere at first. 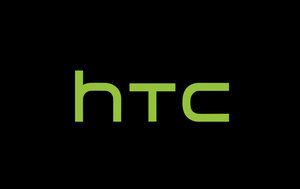 The Taiwanese manufacturer HTC last had the mobile Wish 22 Pro presented, which basically no one had expected. Now in Russia and South Africa is one a new android tablet appeared. However, unlike the smartphone, HTC does without special VR and crypto features.

The LTE tablet has a metal frame, the LC screen has a resolution of 1920 x 1080 pixels and has a 10.1-inch diagonal. Optionally, a keyboard can be connected to the tablet via pogo pins.

For the processor, HTC has opted for the Chinese Unisoc T618, which can be used for the lower-middle range. After all, it is supported by 8GB of RAM and 128GB of expandable flash memory. Android 11 is pre-installed. The battery offers 7000mAh capacity and is wired with 10 watts.

Two cameras can be found on the back of HTC A101, which can take photos with 16 MP and 2 MP. Videos are possible in Full HD resolution. There is also an LED flash. Up front, the camera takes 8 MP photos and 1,080 x 720 pixels for videos. Facial recognition is included in the form of “AI Face Unlock”.

In addition to WLAN and LTE, the tablet supports Bluetooth 5.0 and GPS. A USB-C port and a classic headphone jack can be found (source: htc).

You should pay attention to this when buying a tablet:

New HTC tablet only in Russia and South Africa

HTC has only launched the tablet in Russia and South Africa so far. The manufacturer has not revealed whether other markets will be added. In Russia, the HTC A101 is for the equivalent of about 340 euros Available in gray and silver versions.