The WhatsApp messaging app platform has recently added a new feature that allows users to transfer messaging history from iOS devices to Samsung Android devices. This feature was announced once by Samsung at the Galaxy Z Fold3 launch event in August, thus solving one of the extremely large disadvantages of the WhatsApp platform: the inability to sync messages between devices running the two systems.

As we all know, the WhatsApp app does not store chat history on its server, instead the platform provides users with cloud syncing via iCloud (for iOS) and Google Drive (for Android).

Therefore, if the user switches to using a machine with another operating system (from iOS to Android or vice versa), there will be no way to sync messages between the two machines. There are many third parties that provide this service, but it is completely fraught with potential security risks.

With the new feature that WhatsApp recently added, users can transfer data from iOS to Samsung devices, including: account information, avatars, chat history, chat groups, media files, and set up an account. According to the WhatsApp announcement, the data that can be converted will not include the call history or the display name. 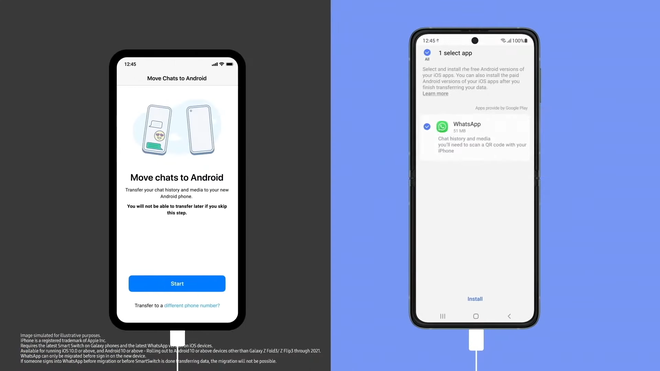 However, in order to sync messages with Samsung devices, users will need to restore the factory settings of the device because this feature only works when you are in the settings screen of the new phone. Here are the steps to sync messages from an iOS device to Samsung.

1. Turn on the Samsung device that needs to be transferred and connect it to iPhone via USB-C to Lightning cable

2. Follow the instructions when it comes to setting up Samsung Smart Switch

3. When prompted, scan the QR code displayed on the screen of your Samsung device using your iPhone’s camera.

4. Select Start on iPhone and wait for the process to complete.

5. Continue setting up your Samsung phone

6. Once on the home screen, open the WhatsApp application and log into your account using the same phone number on the old device.

7. Select Import and allow it.

8. The process is complete and all the message history will be transferred to the new Samsung device.

Once this is done, the WhatsApp data will remain on the iPhone until the user removes the application completely. According to WhatsApp, the data is not synced via the cloud, but is transmitted directly via a USB-C cable to Lightning, and WhatsApp itself cannot read this data, ensuring maximum privacy.

Currently, the WhatsApp data sync feature from iPhone to Android is only available on Samsung devices, starting with the high-end Galaxy Z Fold3 and Z Flip3, then other models will also be updated in the near future. It seems that this is an exclusive feature for Samsung users and it will also be a reason for users to choose to switch from iPhone to high-end Samsung devices. 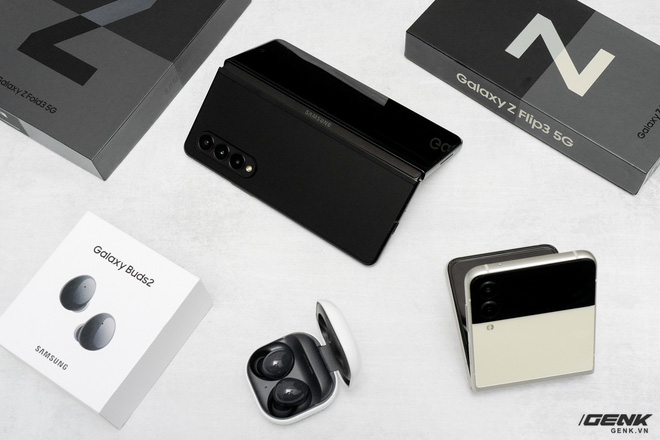 Not just WhatsApp, Samsung can fully customize to support many other messaging services that do not support storing messages on intermediate servers, such as Zalo, Viber or WeChat …