The OnePlus Nord marks the return of Chinese smartphone maker OnePlus in the midrange smartphone segment, which it once dominated. Despite neither being the company’s flagship mobile phone nor bringing anything new to table, the Nord has been touted as a special offering. How special is it? Do the claims hold water? Let’s find out:


OnePlus often makes a big case for its smartphones’ design. The OnePlus Nord also got a similar treatment before its launch. The hype around the phone’s design, however, seems blown out of proportion. The OnePlus Nord is a regular-looking smartphone with classic OnePlus characteristics and two-side-curved glass on the front and back. A good thing here, however, is that it has the Gorilla Glass 5 protection safeguarding it from scratch and smudge. It also adds some degree of protection from shattering in case you drop the phone accidentally. However, the glass build makes the phone a fingerprint magnet and requires constant cleaning.


As for the ergonomics, the OnePlus Nord is neither thick nor bulky. Moreover, its lightweight design (184g) feels comfortable to hold and operate even after extended use. Overall, the OnePlus Nord’s design in terms of looks and in-hand feel are fine. But there is nothing exceptional to write home about.


From a higher refresh rate for smooth content transition to value-added features like video enhancer for improved contrast while rendering multimedia content, the OnePlus Nord’s screen is a delight to use and experience. It is one of the best you get in the midrange smartphone segment.


It has a 6.44-inch fluid AMOLED screen of a 90Hz refresh rate, fullHD+ resolution and 20:9 aspect ratio. However, unlike the side-curved screen of its premium siblings in the OnePlus 8-series, the Nord has a flat display with curved glass on top for ease of use. The display is bright, vibrant and responsive. It is set to render vivid colours by default, but it can be tuned from settings to use natural colours. Additionally, there is an advanced display-calibration setting, which also allows the screen to be set to the AMOLED wide colour gamut, RGB and Display P3, depending on user preference. 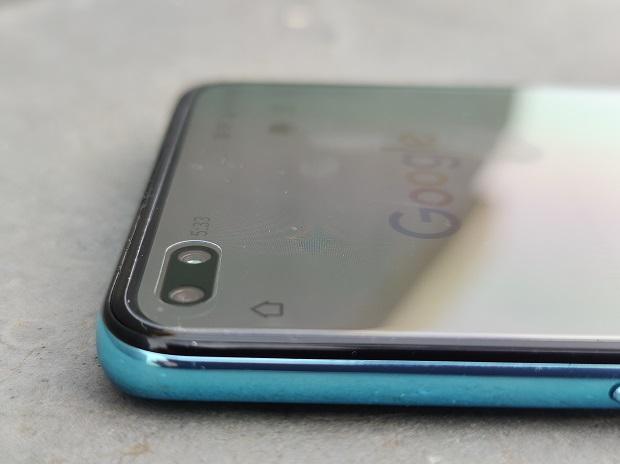 It is good that OnePlus has brought the software-level display customisation options seen in its premium smartphones to the OnePlus Nord. But you do not get everything here; the adaptive screen refresh rate mode is missing in the Nord and you have to manually set it to either 60Hz or 90Hz from display settings.


While the Nord’s screen is good, there is distraction in the form of a capsule-shaped punch-hole on the top-left corner for dual front cameras. The cut-out area might not be noticed on the home screen, especially if you use OnePlus wallpapers, but you cannot ignore it while using apps and the browser.


Technical details aside, imaging on the OnePlus Nord is a mixed bag. In daylight conditions, the phone’s primary camera reproduces frames with natural colours, a good amount of detail and satisfactory dynamic range. The ultra-wide sensor produces softer images when compared with the primary sensor, but it does not compromise on detail and dynamic range. It also manages to straighten the barrel effect without cropping or softening the edges. The depth sensor aids the camera’s portrait mode in detecting face and adding depth effects on the background for bokeh effect. Completing the package is the macro sensor for close-up shots, which works fine but lacks detailing due to its lower megapixel count and lack of auto focus. 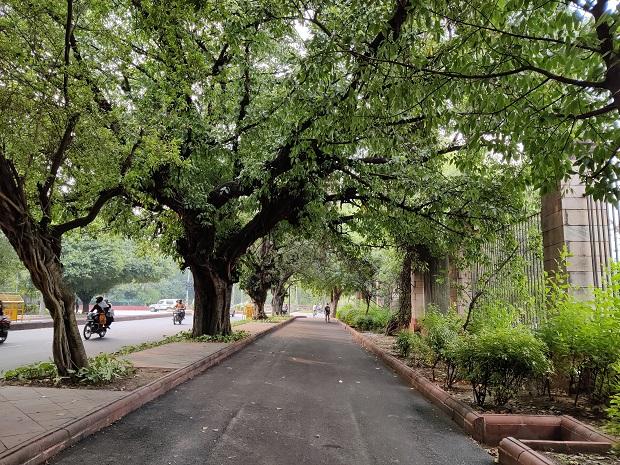 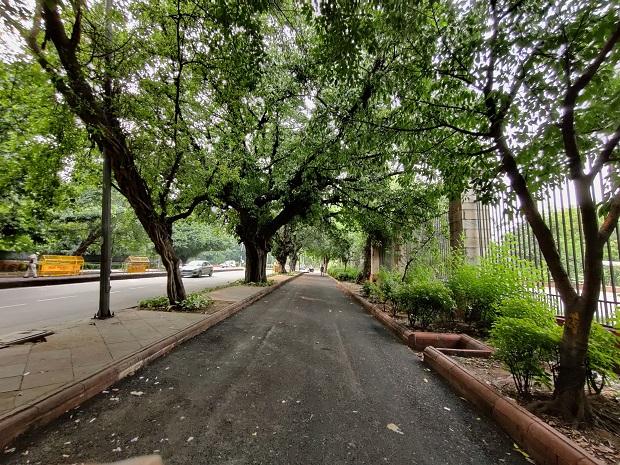 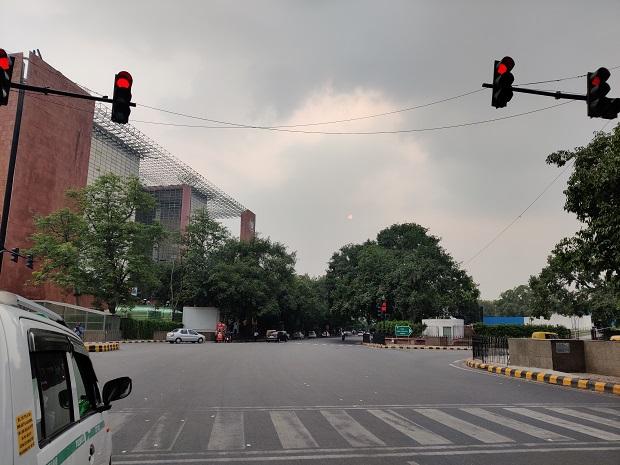 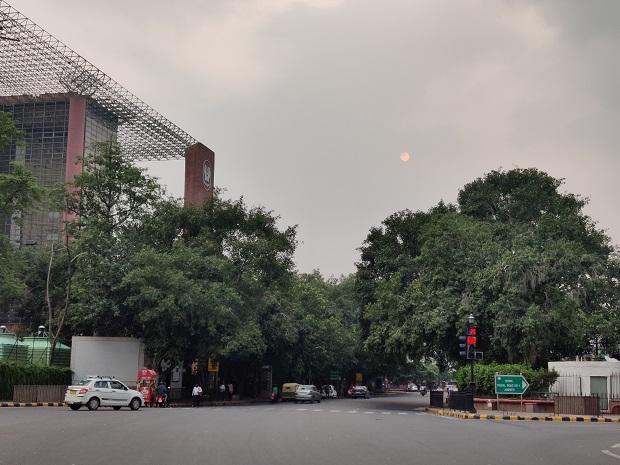 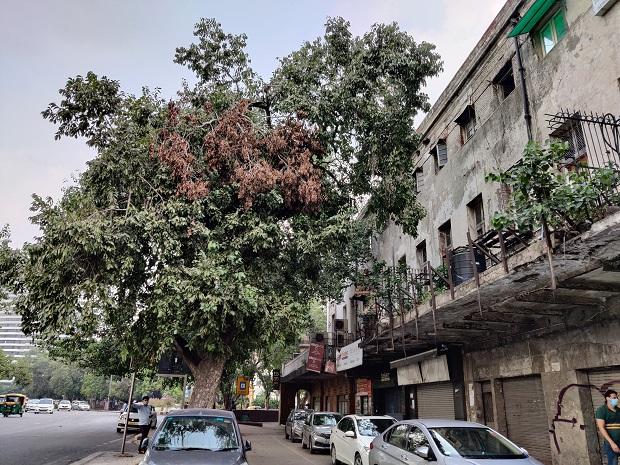 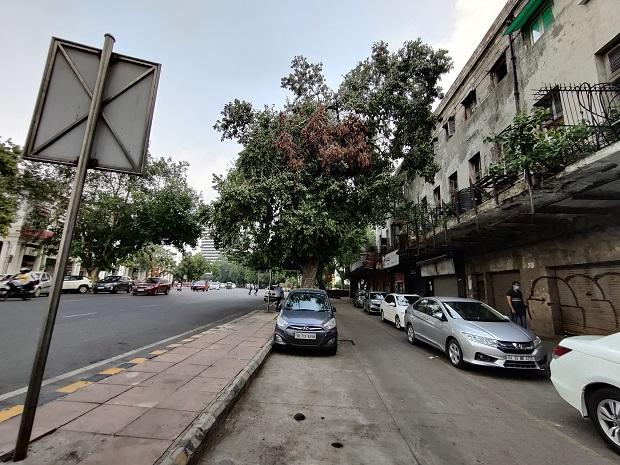 
In contrast, the camera’s low-light performance is abysmal and leaves you asking for more. In the auto mode, the primary sensor boosts exposure unnecessarily, leading to a noisy output with sub-par detail and contrast. The ultra-wide sensor does not have any exposure issue, but its tiny aperture fails to capture light, resulting in darker images. The phone has a dedicated night mode, which works well to improve the camera’s low-light imaging. However, it is not the best and has a lot of catching up to do for delivering a consistent performance.


The dual-camera set-up at the front is good for a midrange phone. It takes good selfies and group selfies. In low light, however, the front camera struggles, too. 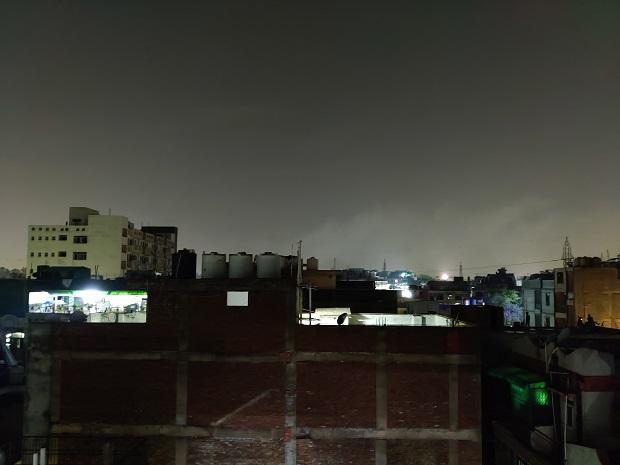 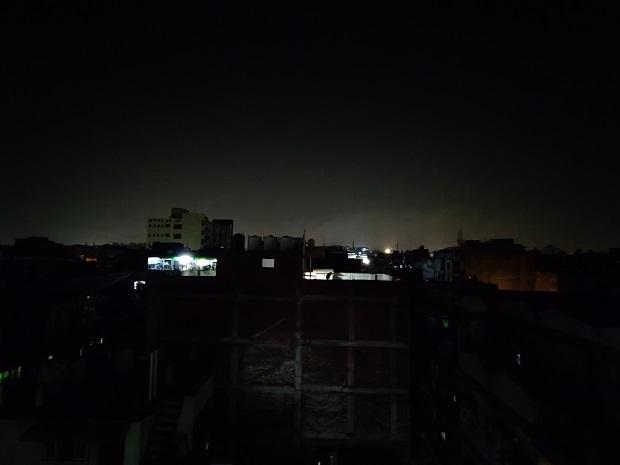 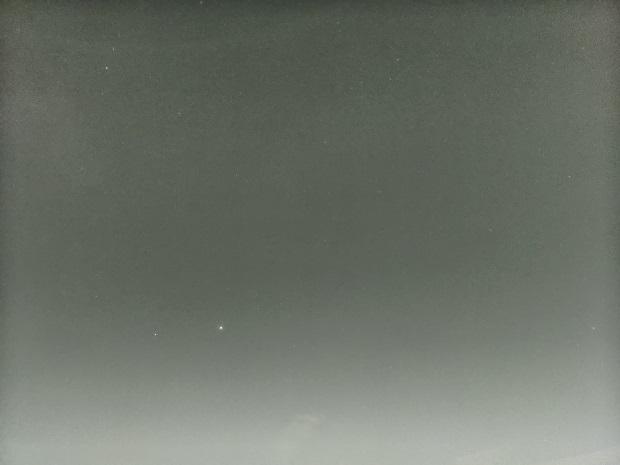 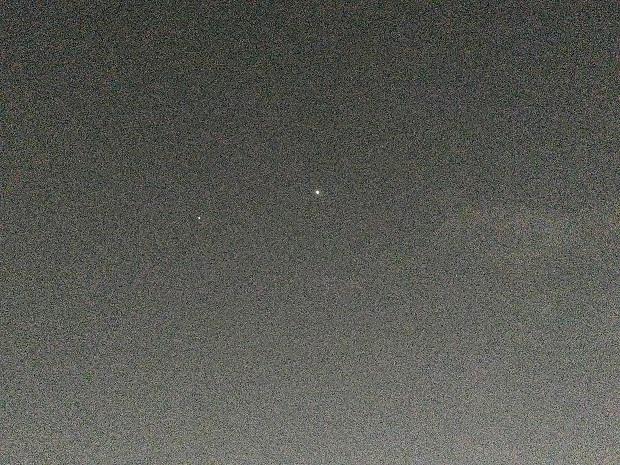 
In the video department, the OnePlus Nord does up to 4K UHD from both front and rear cameras. However, the rear camera goes up to 30fps and the front camera records at up to 60fps. Though the primary rear camera has OIS and EIS, the video FoV is cropped and the frame stabilisation is weak. There is a built-in ‘Super Stable’ mode for improved stabilisation, but that does not work with the primary sensor; it activates the ultra-wide sensor and crops a portion from the side in its effort to stabilise video frames. Like photography, the videos come out well in good daylight conditions but not in low light.


The OnePlus Nord is not a performance powerhouse like its elder siblings — the OnePlus 8 and OnePlus 8 Pro — but it is no slouch either. Powered by the Qualcomm Snapdragon 765G system-on-chip, paired with up to 12 GB of RAM and 256 GB of internal storage, the phone keeps up well in daily usage. The phone ships with Android 10 operating system-based OxygenOS 10.5, which brings a familiar OnePlus experience, including the user interface glitches. The UI feels sleek and responsive but there are areas where it seems broken and not optimized — gesture-based navigation, for example, does not always work as intended; Google Chrome sometimes shuts down on its own, and the phone hangs up randomly. That said, the Nord is not a perfect smartphone; it has its limitations, but nothing major to ruin your experience vastly.


The OnePlus Nord keeps up for more than a day on normal use and about a day on heavy usage, thanks to its 4,115 mAh battery. It is not a gaming smartphone, but it handles graphic-intensive games happily at the expense of battery. The battery drains quicker when the phone is used for gaming, multimedia streaming and imaging. However, you can still get a day of on-battery time if these processor- and graphic-intensive activities are carried out in a disciplines manner. Charging of the phone is quick, thanks to its 30W fast wired charging (Warp Charge 30T). It takes about one hour and thirty minutes to charge the phone’s battery from zero to 100 per cent.


Priced at Rs 29,999 (top-end variant), the OnePlus Nord makes a solid case for itself in the midrange segment. It might not be perfect, but it is a good smartphone in its own right, with a bit of something for everyone. Consider this smartphone for the OnePlus experience, ease of use, stellar display, and consistent performance. However, do compare it with the Realme X2 Pro (review), Xiaomi Redmi K20 Pro (review) and OnePlus 7T (review) before taking your final purchase decision.