Chinese smartphone maker OPPO is ready to launch its next flagship smartphone series on December 10th. The new series is set to feature Reno 5 (5G) and Reno Pro 5G, and according to a new report, the company could unwrap its third new smartphone, the Reno 5 Pro + 5G, at the event. There is. Read again- Oppo Reno 4 Pro Review: Mixed bag with catch

In terms of appearance and design, the Reno 5 Pro + 5G looks similar to the Reno 5 5G and Reno 5 Pro 5G. Rumor has it that the company will launch a device with a quad camera on the back. Read again- Oppo Reno 3 Pro 8GB variant now priced at Rs 27,990

According to the GSMArena, the device is expected to have the best specifications, with a 12MP telephoto sensor with 2x optical zoom and a 50MP Sony IMX7xx series primary sensor. Read again- First impression of Oppo Reno 4 Pro: Is it enough to work on the midrange segment?

Oppo Reno Pro + is expected to work with the Qualcomm Snapdragon 865 processor with 6GB to 8GB of RAM options. There are also reports that OPPO will offer a plain leather back version, which is said to be the first mass-produced phone with an electrochromic rear panel.

The Renault 5, on the other hand, is the first variation in the series and comes with a 6.43-inch Full HD display backed by a 90Hz refresh rate.

The smartphone will reportly come with a triple camera setup with a 64MP primary sensor, an 8MP secondary sensor, and a 2MP sensor. Oppo has enhanced camera games in the last few years, and the Reno series has become the driving force behind its camera technology.

The third device in the lineup, the Reno 5 Pro, will feature a larger 6.55-inch display Full HD + display and a 4,350mAh battery with Oppo’s native VOOC fast charging technology. Smartphones are said to have the same camera specs as the Reno 5. The company’s offering of selfie cameras has not yet been announced. 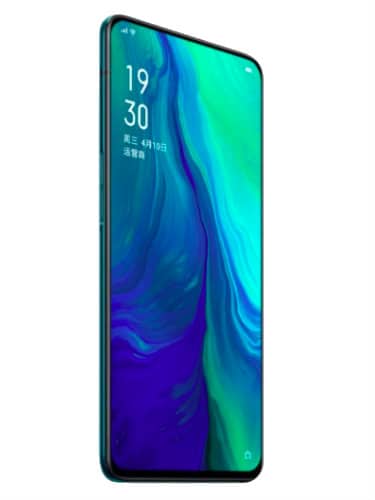