Project Cars GO is ready to land on all mobile devices.

Following the recent release of Project Cars 3, the Gamevil team has announced the arrival of Cars Go project even on smartphones and tablets

Available on both IOS and Android, this racing game will be fundamentally different from the console and PC version and is free to download.

Project Cars Go will welcome all the most exciting supercars

From the Ford GT to the Bad Mono, from classic Formula 1 cars to endurance cars, the trailer features many cars with a more varied connotation and soul.

Interesting is the possibility of competing in some of the most famous circuits in the world, from Monza to Laguna Seca, from Brands Hatch to Nurburgring, there are even endurance races set in places like Las Vegas, Lng Beach and Singapore.

The ability to compete online will be a must, but there will also be World Tour and Daily modes and much more.

From now on, it is possible to pre-download the game to receive “100 diamonds” or the crypto currency used in the game to upgrade cars and buy new ones.

The official launch of Project Cars Go is scheduled for March 23.

“Project CARS GO is an exciting content-based mobile racing game that satisfies the appeal of avid racing fans and audiences who love mobile online gaming.
This simplified gameplay signed by One Touch combines the ability to compete on multiple circuits and select multiple cars, each with its own “on-road” behavior.
A game dedicated to racing, one of a kind.
Together with the racing experts at Slightly Mad Studios, we were able to create the ultimate version of this addictive car racing game.
We look forward to sharing the final product with our users in March ”. 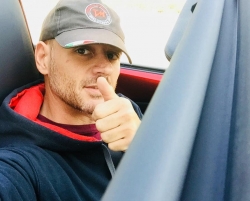 I think I was born to communicate my passion for motors: I took my first steps … in a kart !!! I graduated in Economics and Commerce (specialized in Marketing), but I started being a journalist when I was in my early 20s, writing for national newspapers and foreign magazines. Today I collaborate with various specialized magazines in the automotive world, I test cars and motorcycles, I describe my driving sensations, I try to excite readers. I am competitive, I love to climb to the highest step of the podium, I am convinced that the greatest danger is to brake, instead of facing an open gas curve! The world of motors is constantly evolving, the electrified grinds kilometers, but … in my mind the melody of a V12 at 8,000 rpm will never fade!