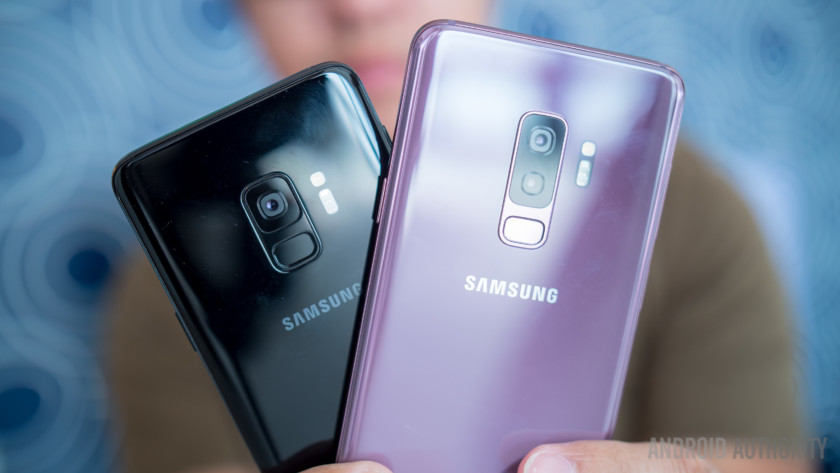 As of now, the Galaxy S9 update is live in South Korea and Germany only. However, this is how Samsung usually rolls out its updates, so we can fully expect it to start hitting other countries — including the United States — over the next week or so.

One UI 2.1 features a lot of camera upgrades we originally saw launch with the Galaxy S20 series. It also removes Bixby Home and replaces it with the similar Samsung Daily.

To check if your device has received the Android 10 update, navigate to Settings > Software Update > Download and install.

The Galaxy S9 and S9 Plus launched with Android Oreo, before being updated to Android Pie earlier in 2019. Like most Android flagships, these are expected to receive two major updates in their lifetime.

On November 20, the One UI 2.0 beta officially started rolling out to Galaxy S9 and S9 Plus devices in Korea. Before the S9 series, the Android 10-based beta had been available on Galaxy S10 and Note 10 devices.

One UI 2.0 brings the Galaxy S9 series up to Android 10, with a number of enhancements to Samsung’s skin of the Android OS. New additions include an expanded dark mode, less obtrusive notifications, and and Digital Wellbeing.

After Korea, Samsung started rolling out One UI 2.0 beta to Galaxy S9 and S9 Plus to its second market — India (h/t SamMobile). Users can sign-up for the Android 10 beta through the Samsung Members app.

Since then, new features have been spotted on the phone. The device has now inherited the Galaxy Note 10’s Night mode for the front camera and the rear telephoto camera, which also apparently rolled out to the Galaxy Note 9. Spotted by SamMobile, this feature now lets Galaxy S9 users on the Android 10 beta take brighter photos in low-lit conditions.

The beta update should roll out to the US market soon. A roadmap released by Samsung Israel also points to an April release for the Galaxy S9’s stable Android 10 update. While the update schedule can vary in different countries, this could be a good indicator of when to expect Android 10 on the S9 and S9 Plus.

On December 10, Samsung started pushing out its second One UI 2.0 beta to the Galaxy S9 and S9 Plus in India alongside the December security patch. According to Tizen Help, this update improves stability, squashes bugs, and gives the update just a bit more spit and polish.

On December 27, 2019, Samsung pushed out its fourth One UI 2.0 beta to the Samsung Galaxy S9 and S9 Plus. Tizen Help reported that the update simply squashed some bugs and other issues.

The December update was followed by another One UI 2.0 beta update on January 8. The update fixed an issue which was locking Galaxy S9 users out of the Secure Folder on their phones. It also fixed unwanted noise occurrence while performing sound quality optimization with both 3.5mm and USB-C headphones.

In addition, the update came in tow with a new version of Digital Wellbeing and improvements to camera performance. It also added Dex for PC functionality. Lastly, it included optimizations for motion recognition in the gesture navigation state.

The end of January and beginning of February saw Galaxy S9 owners in the likes of Europe and unlocked owners in the US receiving the stable update. Meanwhile, Verizon devices got the stable Android 10 update on February 21, joining unlocked, AT&T, and US Cellular devices.

A few days later, T-Mobile quietly revealed that it also started the Android 10 roll-out to the Galaxy S9 series. The update included the February 2020 security patch in tow. Sprint came in clutch not long after.

Let us know which Galaxy S9 update you’re rocking in the comments, and if you’ve spotted a recent update we’ve missed, tip us!

Looking for another device update? Head to our general Android Pie update tracker at the link.