Samsung has released a huge software update for its Android 13 and One UI 5.0 smartphones and tablets. Many innovations and improvements were introduced there. However, Samsung removed one feature and redesigned it to give you more freedom. 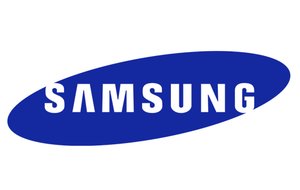 If your Samsung smartphone or tablet does this Update to Android 13 with OneUI 5.0 you already have it, you may have noticed that Samsung is using the Removed “Focus Mode”. Has. This should actually ensure that you stay focused on your work or learning and not get distracted by apps and other content on your smartphone. This feature is no longer available with the update to Android 13 (source: SamMobile).

Instead, you don’t get a Samsung preset mode on its Android 13 and One UI 5.0 cell phones and tablets, but the choice of one to create your own mode with routines. You lose a mode, but now you can determine much more individually what you want to protect yourself from and what your cell phone can and can’t do in on mode. In the end, Samsung has significantly improved a basic feature, even if it no longer has a preset mode.

This can be seen over and over again with Samsung’s software. First introduced a new idea and over time new possibilities emerge. That is exactly what we saw with virtual memory. First, a flat rate of 4 GB was ripped off. Later you could choose between 2, 4, 6 and 8 GB. You can only do that with Android 13 and One UI 5.0 Turn off virtual memory completely and reclaim disk space.

What else changes with Android 13:

Samsung is currently in the process of rolling out the update to Android 13 and One UI 5.0 to many smartphones and tablets. All relevant devices must be supplied before the end of the year. This beats Samsung’s schedule by two months.