Should you buy the Samsung Galaxy Note 10+ in mid-2020 when the Galaxy Note 20 is just weeks’ away from becoming reality?

The Galaxy Note 20 is just around the corner and it’s quite the promising device: a Galaxy S20 Ultra-like camera system with a superb hardware setup and the ubiquitous S Pen stylus on deck. But… isn’t last year’s Galaxy Note 10+ still a promising device? I’ve been using it on and off for a couple of months and can finally provide an answer to this question. I admit that I was pretty skeptical towards the Note 10+ back in 2019, when I expressed my controversial opinion that it was a downgrade in comparison with the Galaxy Note 9, but after I used it for a month or so, my view changed and I fell for the phone. Not literally, of course.

Getting a Note 10+ in 2020 is definitely not a dumb move, on the contrary – this Samsung flagship still feels as fresh as the day it was announced. Surprisingly, I like it much more than the current Galaxy S20-series and not only because of the S Pen; the sleek overall design, the large display, and standout suite of Galaxy Note features made an excellent phone. The Galaxy Note 10+ indicated a paradigm shift for Samsung as it was its first modern phone to drop the headphone jack and the first Note device that finally embraced the bezel-less trend. It was also the first Galaxy Note phone that strayed away from the strict business design language and spiced things up in the exterior with vivid colors and shapes, making it a device that broke away from its family legacy just as much as it tried to stay true to its identity. 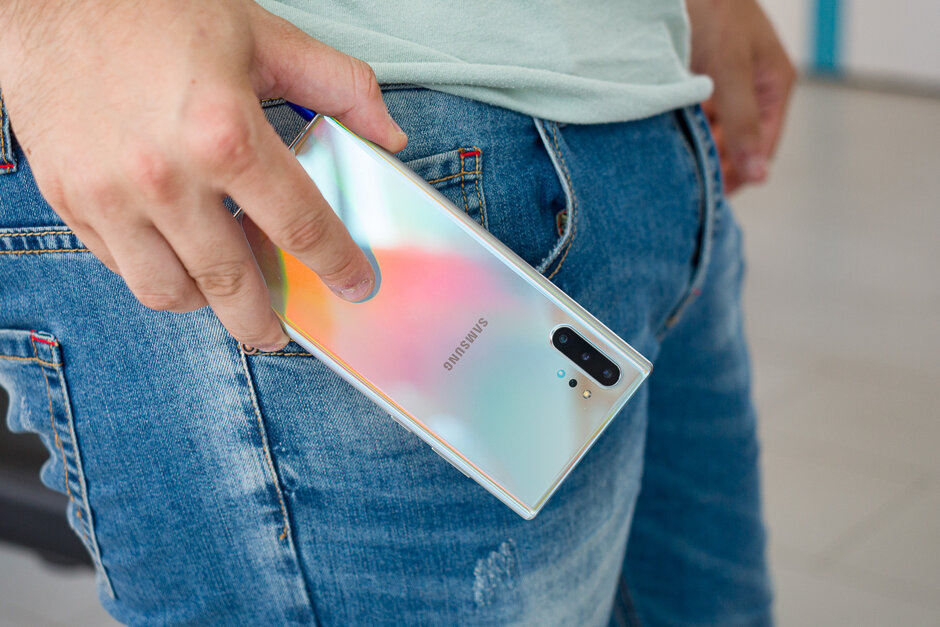 The Note 10+ has aged like a fine wine. True, it’s technically not even a year old, but in the mobile market, such a window of time can be perceived as eternity in the sense of technology improvement. Yet, I can’t say the Note 10+ is lacking in any department.

Performance-wise, the phone still feels pretty much excelling in any task that you throw at it, and that’s… hardly surprising. There’s a chance that you are an Android power-user if you’re using the Note 10+ or at least considering getting one, so rest assured that the phone can keep up with your demanding requirements as a user. I’d know, since I like to regard myself as a power-user, just like you. I have often found myself watching a picture-in-picture video while multitasking in split screen mode, and while that’s an extremely niche thing to do, I have never felt like I’m stretching the Note 10+’s capabilities thin. On the contrary, it always feels more than ready to be used and abused; if it could talk, it’d probably scream “Spank me, daddy!”

The display is another aspect of the Note 10+ that has aged well. The colors? Excellent! The maximum brightness under the sun? Great as well! “But… It doesn’t have a high-refresh rate display, “ some of you may say. True, it doesn’t have a 90 or a 120Hz display, which are all the rage these days, but seeing how the Galaxy S20-series implemented this feature rather poorly, I’m more than glad Samsung didn’t ‘ruin‘ the Note 10+ as well. As a reminder, the Galaxy S20, S20 Plus, and S20 Ultra all come with 120Hz displays, but the power draw in this display was significantly higher, leading to a pretty drastic 33% reduction in battery life. That’s not cool, especially when you consider the fact that the 120Hz display was one of the often highlighted new features of Samsung’s flagships. There’s still room for improvement, it seems, and I hope that the Note 20 does a better job at juggling between a smooth display experience and adequate battery life. 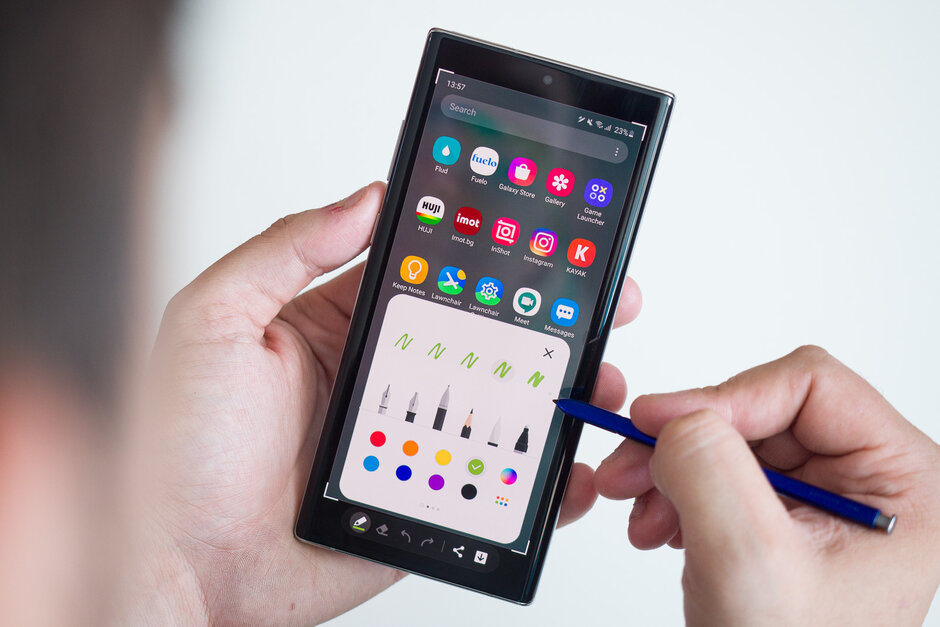 Speaking of battery life, Samsung flagships have always prioritized features over long endurance. You’ll rarely see a Samsung phone excel in the battery department if you enjoy all of its features, and that’s okay. That’s actually valid for most phones out there. However, I feel the Note 10+ would have really shone if it had a slightly larger battery at the expense of a slightly thicker body, as it would have made a great phone even better. These days, if I use the Note 10+ like I really want to and don’t care that much about power conservation, it would last me a day, not more. Sometimes, if I really push things hard and use it a lot in the mornings, I’d have to top it up around 3 or 4pm if I want to have any juice left by the evening. That’s not great, but you get used to it and adapt accordingly. There are many phones with better battery life, but many of them can’t match the same feature set as the Note 10+, and that kind of makes up for the good, but not great battery life.

The biometrics are another just-okay aspect of the phone. It has an ultrasonic fingerprint sensor that’s not as fast as the optical ones and it definitely feels slower than many other devices with such scanners embedded into their displays. The accuracy is a bit iffy as well: on the average, 2 or 3 out 10 fingerprint unlocks will require a second attempt, which is definitely a nuisance. Of course, nobody’s forcing you to use the embedded fingerprint scanner! You can use the face unlock feature… which only works as intended half the time. It’s not a 3D solution so it uses the selfie camera, making it slow, not very safe, and not working well when you are wearing any extra apparel or in a position that the face unlock doesn’t really like.

Generally speaking, there There isn’t much to dislike about the phone, but there are several things that drive me crazy.

For example, I’ve had near constant Wi-Fi connectivity issues. Some days, it would go into “Network unavailable” mode every 15 minutes or so, and no logical fix worked. For all I know, the Note 10+ dislikes my home router, though I’ve hardly ever had such problems with any other phone I’ve ever used in the house. This is most certainly an isolated case with my specific setup, so don’t read too much into it. Speak up if you’ve ever encountered similar issues on your Note 10+ though.

Another aspect of the phone that I’m less than enamored with is the measly 2X telephoto zoom camera. Granted, it produces great images, but feels slightly lacking in comparison with most other zoom phones out there that come with either 3X or 5X telephoto zooms. I’d say that if you decide to go the zoom way, go all the way in and leave those pesky 2X telephoto camera in the past where they belong. I can zoom that much digitally without a significant loss of quality, so a 3X or longer lens would have made me love the Galaxy Note 10+ more.
See also  pure adrenaline! The rapper got carried absent

Now that we’ve weighed and tried the Galaxy Note 10+, are we finally ready to answer the question that was asked at the beginning of the article? Should you buy one now, in mid-2020?

If for some reason you don’t need a 5G phone, like me, then the Note 10+ will do you good for the foreseeable future. Some may say the regular Note 10+ is not future-proof due to the lack of 5G support, but that’s absolutely no deal-breaker for me and probably many of you. In case you don’t need a camera with a crazy telephoto zoom, then the Note 10+ would suffice in the imaging department. Moreover, the sleek design of the Note 10+ will hardly ever be repeated; phones are getting thicker and heavier thanks to the larger batteries fitted inside. I’m all for a larger battery, but there’s something inherently appealing to the Note 10+’s exhilarating design.