Android 12 is on the way (the first beta for developers is expected in the next few weeks), and now XDA Developers has released other new information about the next big update to the mobile operating system from Google. Android 12 is reportedly codenamed Snow Cone.

Updated: In a separate post XDA Developers He said Other changes in Android 12: a special game mode will appear, in which it is planned to combine all the settings and functions of the game, an improved function of automatic rotation based on the position of the face and the Reduce brightness function.

In 2019 Google updated the Android brand and moved to a new naming scheme, ending a long sweet tradition with additional names after desserts. Since then, each subsequent version of Android gets only one serial number for the name, and now only the developers use sweet codenames. The internal name of the current version of Android 11 is RVC (Red Velvet Cake), and the next builds of Android 12 are reports XDA developers will be designated SC (short for Snow Cone).

Our colleagues at The Verge decided to have fun and came up with 17 more sweet alternative names for Android 12 with the letter S:

Separately, the XDA developers mentioned one of the supposed Android 12 innovations: the native one-handed control mode: In this mode, the operating system interface changes accordingly for convenient one-handed control. Many third-party Android smartphone manufacturers have added this mode to their devices long ago. With the launch of Android 12, this mode will become part of the operating system itself. It remains to be seen how Google’s implementation will differ and whether it will be better or worse than alternative designs. 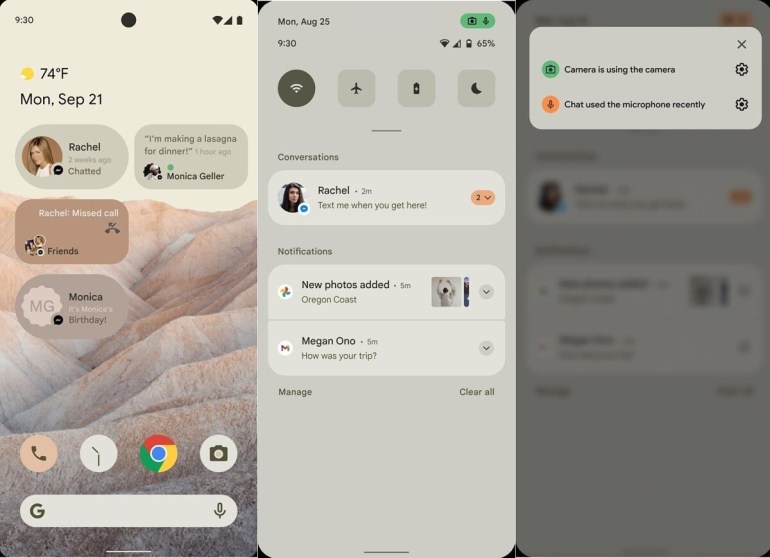 Last week we reviewed the first (supposed) screenshots of the Android 12 interface, which indicate some significant visual changes and functional improvements.

First look at the new interface of Android 12

Google has yet to officially confirm any UI changes or new features in Android 12, only promised Facilitate the use of third-party app stores in the next version of your platform.

Usually the next version of Android comes out in March, but last year the company broke the usual update cycle and released the first beta version of Android 11 for developers. in February. The first Android 12 developer beta could be available tomorrow. The final version, as usual, will be released in late summer.