As is common for consoles in the modern-day, the PS5 launched with some of its software and hardware features locked until a later update. The most recent of these, the second big PS5 firmware update, brought with it the ability to use 3rd party SSDs to add to the system’s storage capacity. While there were initial concerns about the effect of slower drives on the system, testing has seen surprisingly positive results, with encouraging implications about the future of the PS5 system.

The testing performed on this PS5 update came from the YouTube channel Digital Foundry, a successful and well-respected name in the online hardware and software performance space. For this test they relied on the game Ratchet and Clank: Rift Apart, a title which the developers boasted was only possible thanks to the extreme speed of the PS5’s storage solution. Leaning on the slowest PS5 compatible SSD on the market, the goal of Digital Foundry was to test the worst-case scenario.

Before getting to the good, it bears mentioning that the PS5’s firmware initially showed problems while running tests on new SSD speeds. Instead of what the PS5 recognized as a 5,500MB/s read speed, the newly installed SSD was only rated for 3,200MB/s, showing that there’s some sort of issue with the PS5’s analysis tools.

In testing, this deficiency proved unimportant, with the slower drive offering practically no performance hits compared to both the PS5 internal drive and a much faster SSD alternative. In this case, at least, concerns about storage speed for additional PS5 SSDs are of little import. Whether or not this holds for future titles, however, remains to be seen.

While older PlayStation systems accepted hard drive swaps and upgrades, none have been so closely tied to the device’s internal infrastructure as new SSD systems. Rather than acting solely as an alternative, these new systems can be real game-changers. In this, the drives are indicative of a much greater evolution of the way new technologies are evolving otherwise stagnating systems.

Within PC gaming, this change has been illustrated by the complete shift the market has experienced away from physical purchase systems. Instead of offering games on CDs or DVDs, as was common for decades, online sale systems have become so common that many new PC builders don’t even bother including optical drives. Even back in 2014, digital storefronts accounted for more than 90% of digital sales, with proportions only growing since that point.

Outside of entertainment, more esoteric digital shifts have had similarly profound effects on their traditional industry structure. Quick mortgage comparison services like Trussle have found success through this approach, offering advantages impossible through older systems. In this instance, Trussle’s algorithms compare 12,000 different deals far faster than any human could, casting a much broader net of opportunities from which to draw. Like with the PS5 SSD drives and digital gaming sales this hasn’t destroyed existing options, but it does serve as a superior choice in many cases. 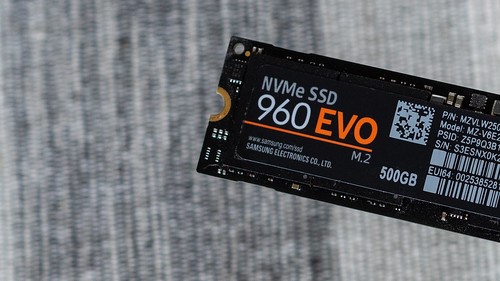 Back in the PS5, we have to wonder what the eventual end-point of upgradable internal components could be. Is this such a complicated process that we could only really expect it for storage, or could similar upgrades also eventually be possible for parts like RAM, coolers, and CPUs? It’s a question that both fans and manufacturers will be asking themselves in the years to come, and there’s no telling in which direction the wind will eventually blow.