A Tesla Model Y, which is in active autopilot mode (as Tesla calls the driver assistance system that comes standard on all its new electric cars), crashed into a police car in Michigan, authorities said.

According to police report The state of Michigan tweeted a Tesla Model Y that crashed into an officer’s blue Dodge Charger sedan when police searched another car colliding with a deer at 1:12 a.m. local time Wednesday. As Lt.Brian Oleksyk confirmed in an email to CNBC, the police car was parked and partially parked in the right lane of the road with the hazard lights on.

The collision was another in a series of accidents involving Tesla electric vehicles that drew criticism from vehicle safety advocates and led to investigations by the National Highway Traffic Safety Administration (NHTSA). And this is the second collision involving a Tesla vehicle in Michigan in the last week.

Authorities said neither the officers nor the 22-year-old Tesla driver were injured. The latter received a citation for not yielding and driving with suspended rights. According to the police, the driver reported that the car was on automatic pilot. The accident occurred in Eaton County, northwest of Detroit. 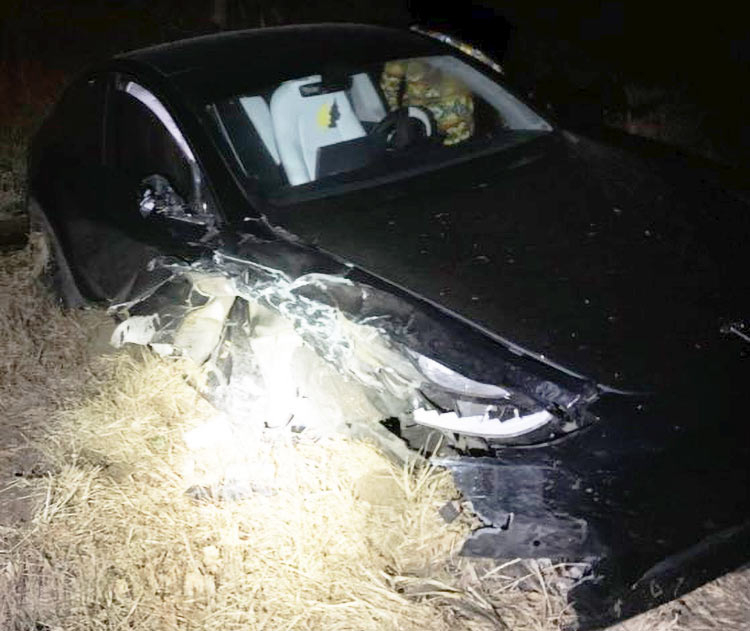 NHTSA officials for the time being declined to comment on the accident. NHTSA has previously opened investigations into more than a dozen collisions believed to be related to Tesla’s advanced autopilot driver assistance systems.

Regular Tesla vehicles include a standard driver assistance package called Autopilot. A more advanced version, touted as a full-fledged autonomous vehicle (but not a true autopilot either), is selling today for an additional $ 10,000. Neither of these driver assistance systems makes Tesla vehicles safe to operate without a driver. or take responsibility away from them. Some customers who purchase the expensive version of Autopilot can also participate in the beta testing program, in which Tesla tests the latest features on normal drivers before all bugs and issues are fixed. Systems can control many aspects of driving, but Tesla always stipulates that the driver must keep an eye on the road and be ready to take control at all times.