A bill introduced by both houses of Congress today (Thursday) will provide US publishers with legal backing for the demand from technology companies, such as Facebook and Google, to pay for the use of their content. The law, known as
The Journalism Competition and Preservation Act, or JCCA for short, has garnered broad support on both sides of the American political map, both Democrats and Republicans, in a rare show of unity.

The bill was first introduced about three years ago and is based on the idea of ​​allowing media companies to join in for a defined period of up to 48 months to negotiate with tech giants. The necessity of the law is necessary because such association can be considered coordination between competing entities and a violation of US antitrust and competition laws.

Such conversations may provide newspapers and other media the opportunity to demand payment for the use of headlines, article summaries, archival materials, or other content. In addition, it will allow them to gain leverage that will force technology companies to promote authenticated content from reputable outlets, rather than pushing conspiracy theories just because it is viral content. For the media, it is an acknowledgment of the quality of the content they produce, while social media and internet companies will be required to present verified content, not Pike News or extreme content that promotes problematic agendas like QAnon.

So far, there have been two unsuccessful attempts to move the proposal, in 2018 and 2019. In both cases it failed to overcome obstacles in Congress, and this is now a third attempt. However, unlike previous attempts, which were made in the context of Trump’s tenure and before Events of the attack on the Capitol – Now, with the experience and the lesson learned, it is possible that the proposal will advance until it becomes law. The proposal was made in parallel
At the table of the House and the Senate.

See also  Rumor has it that iOS 15 will end support for the iPhone 6s and the original iPhone SE.

Senator John F. Kennedy (Republican despite name) explained the bill’s rationale: “The press is in a life-and-death battle against tech giants like Google and Facebook, and it’s not a decent battle. The newspapers continue providing news despite declining readership, and readers are losing sources of information. ” This bill will empower newspapers to join together and bargain collectively with tech companies. Google and Facebook are not just companies, they are countries, and we cannot stand the tech giants suffocating their media competitors. ” 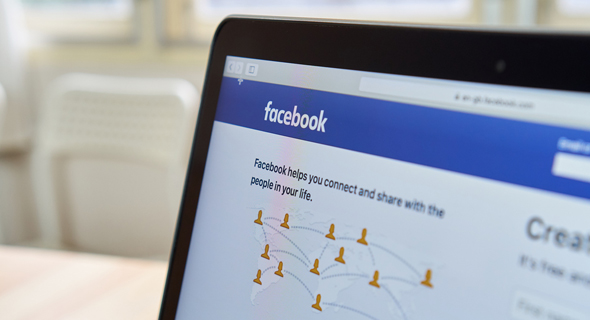 The US initiative may well be successful. Australia has managed to double Facebook
And get him to negotiate with Australian media companies, despite the fact that Facebook initially tried to completely block the publication of news from Australian newspapers. Google has also tried to build muscle and prevent Australian citizens from searching for local items, but as revealed in recent weeks, all of these threats have been idle threats and, after pressure from the Australian government, companies have started to show signs of breakage.

Furthermore, Australia has not only gained a change of status. Also in Europe, this month has begun to promote very similar changes, and to do so with the help of Microsoft. The software giant, which on the one hand enjoys outperforming its rival partners (Facebook and Google respectively, RK) and on the other by improving its strong image-monopolyYasti, which has citizens across the continent, has started working in partnership with four entities representing different parts of European media, with the aim of promoting pan-European bills that will force Google and Facebook to pay local publishers and broadcasters. .