Within the gigantic video game production of Assassin’s creed There are many hidden or forgotten chapters that have never achieved the same success as the titles belonging to the main saga. In this special, therefore, we want to go back over all of them, which will lead to the discovery of some minor derivatives that may have been lost during the last decade. Who knows that among these, perhaps, you will not find a game to entertain you while you wait for the new contents of Assassin’s Creed Valhalla or news about the new Assassin’s Creed.

From Altair to Ezio, the best known

The undergrowth of productions belonging to the spin-off line of the Ubisoft brand is made up almost entirely of chapters developed for mobile devices, while only some were made for portable consoles such as the defunct PSP or the Nintendo DS. On the latter, however, we will not dwell on much, because they are titles that we have already told you about on other occasions, such as the complete story of Altair or the summary of the whole life of Ezio Auditore.

Among these he finds his place Assassin’s Creed: Altair Chronicles for Nintendo DS and mobile phones, which tells us the events that precede the first historical chapter of the series and sees the protagonist face a Templar named Basilisk; then there is the most famous Assassin’s Creed: Bloodlines for PlayStation Portable, set after the first AC on the island of Cyprus, with a story that links the events of the progenitor and those narrated in the Revelations past sequences.

Finally there Assassin’s Creed 2: Discovery for Nintendo DS, centered on the character of Ezio Auditore and set in the years before the final confrontation between the Florentine and Rodrigo Borgia in Rome in 1499, precisely between the two DLC The battle of Forlì me Bonfire of the Vanities. This is a 2D platform game in which, in the role of Ezio, you will have to travel through various maps horizontally where you will be able to put all the skills of the Tuscan assassin to the test, jumping and hiding from enemies to avoid close combat to body. In short, a kind of progenitor of the much more famous Assassin’s Creed Chronicles China, India and Russia.

With the brief summary above we have quickly introduced you to some minor titles in the saga that surely most of the fans have known over the years. Next, however, we want to delve into some of them (practically all for mobile devices) that perhaps only the most hardcore fans could have approached. 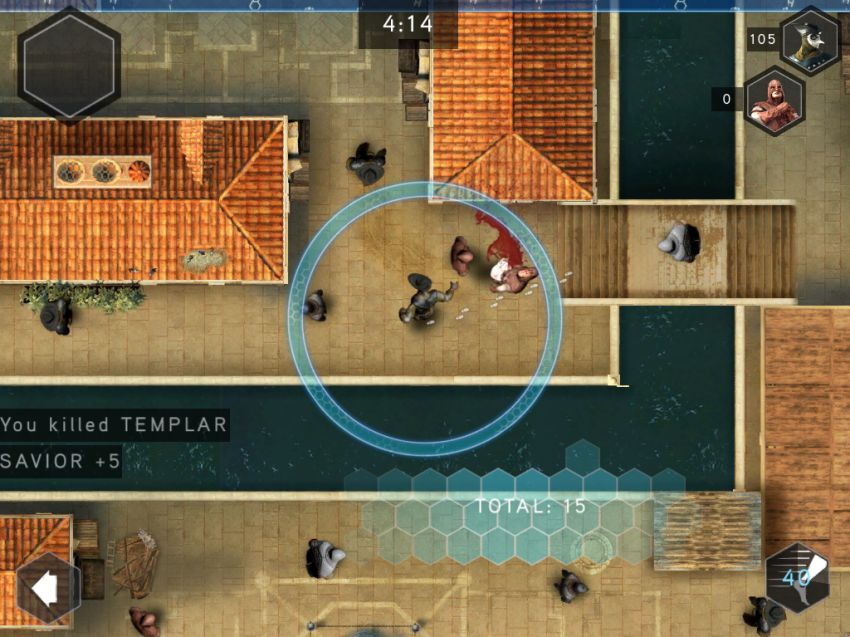 For the uninitiated, first of all, the Assassin’s Creed mobile project roster has quite a large production dedicated to multiplayer. One of the first games in this regard was Assassin’s Creed rearmed, made for iOS devices. This is a classic “guards and robbers” style game for up to four players, in which the objective is to assassinate the target assigned to you and at the same time escape the clutches of a pursuer who wants to kill you in turn. Rearmed is also the only mobile title in the series to include a microtransaction system to purchase additional items, characters, and abilities to better compete in online challenges.

Always staying on the multiplayer theme there is Assassin’s Creed Souvenir, a real-time board game also developed for iOS platforms. Recollection is one title in particular: Players must embark on a kind of “Risk” set in the world of AC, with characters and events set in a specific franchise timeline. In fact, the game contains 280 memory fragments taken from the events of Assassin’s Creed 2 and Brotherhood. 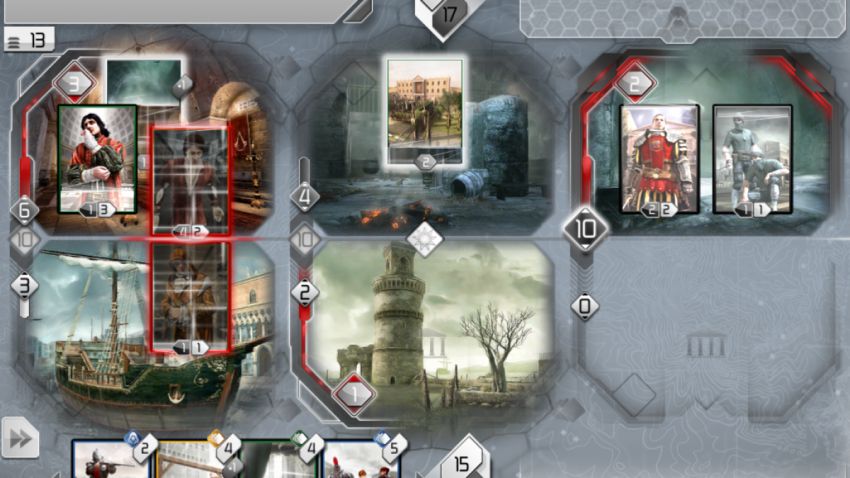 The play also has a story mode for one player that lasts approximately 10 hours, with a score of missions set between Barcelona and Constantinople. In Versus mode, on the other hand, users can challenge players from around the world to the sound of strategic battles in one-on-one duels.

In 2013, the Ubisoft Paris division, at the same time as the launch of Black Flag, distributed a totally pirated spin-off for iOS and Android: Assassin’s Creed: Pirates. The game, which has a strong narrative component, follows the adventures of Captain Alonzo Batilla, a buccaneer who belongs neither to the Assassin Brotherhood nor to the Order of the Templars but who crosses his destiny with that of the two factions as the world rotates. . in search of fortune and riches. 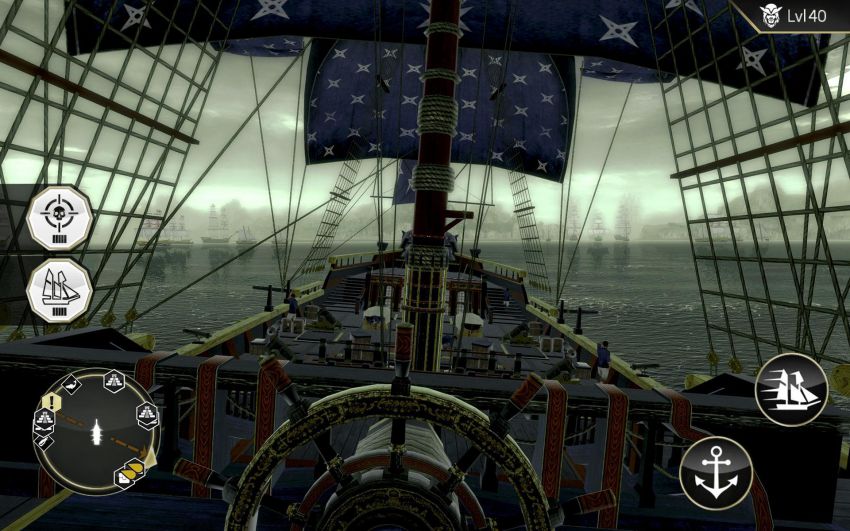 Following the main chapter, Pirates focuses mainly on naval battles, it is made entirely in 3D and includes some characteristics typical of the old course, such as wind or weather conditions that affect the maneuverability of your ship.

Assassin’s Creed Memories it was released a year after Pirates, but this time exclusively on iOS devices. Developed by PlayNext and Gree, the game combines a card system and battle strategy with multiplayer elements for up to 40 players (20 vs 20 divided by guilds). The scenarios are divided into various chronological eras that have already appeared in the series, such as the Third Crusade and The Golden Age of Piracy, and some new scenarios such as Feudal Japan and the Mongol Empire. 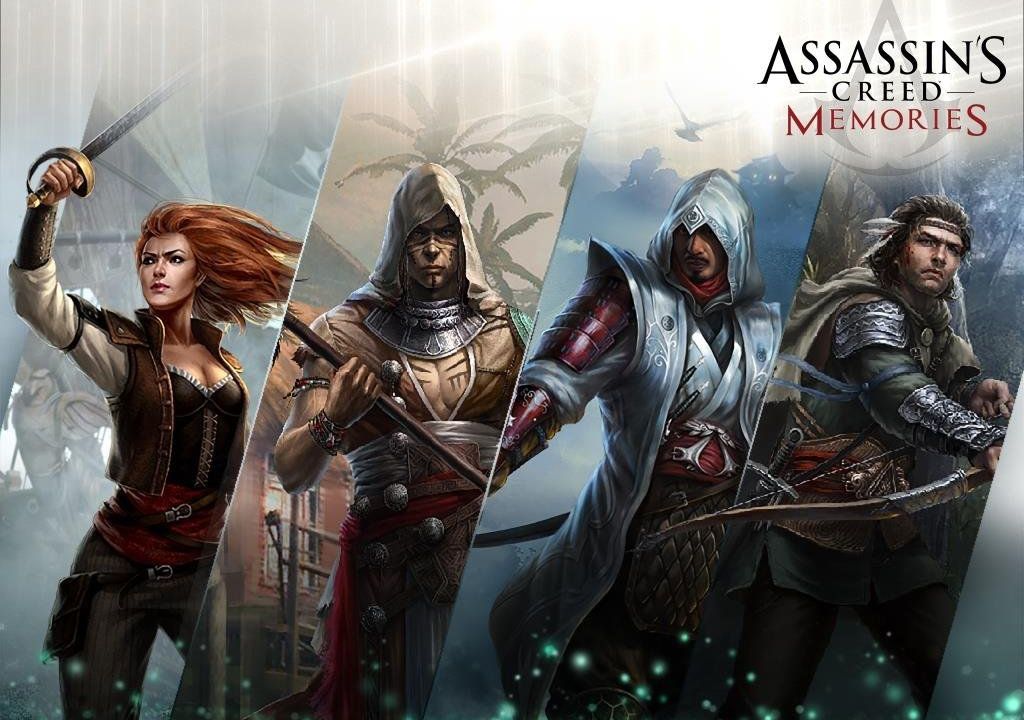 In 2017, the first (and thus far only, pending Netflix live-action series of Assassin’s Creed) was released in the franchise: Assassin’s Creed with Michael Fassbender. The adventure in the Spanish Inquisition failed to break fans’ hearts, but it certainly had the merit of introducing an interesting character like Aguilar, the Master Assassin played by the X-Men actor and Steve Jobs.

Aguilar is also the protagonist of a mobile title for iOS and Android launched in 2018 and titled Assassin’s Creed Rebellion, a free strategy game with role-playing elements. 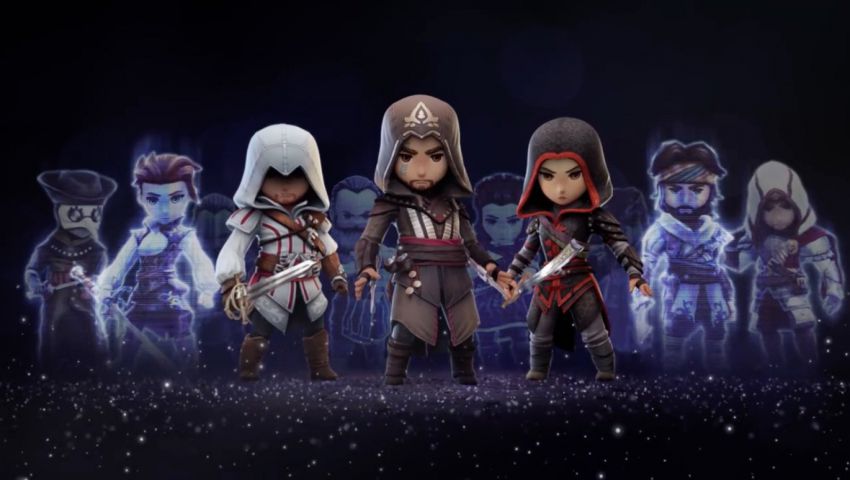 Made with an aesthetic sector featuring Super Deformed-style characters, the strategic RPG also includes management elements such as creating your own brotherhood, developing and strengthening your own base, and planned raids on Templar strongholds by sending his acolytes. in a mission system similar to those already seen in the main series, with the ability to train and improve the skills of your Assassins.

In the minor production of Assassin’s Creed there are also some titles that were announced but that have never seen the light or that, over time, are “dead” without adequate support for the continued development of their creators.

These include Assassin’s Creed: Project Legacy, a free RPG browser created for Facebook and conceived as a promotional title for Assassin’s Creed Brotherhood. The game delves into the tradition of the brand and adds interesting narrative elements to the Ezio saga (which we already told you about in our special on Ezio). The production was presented as a kind of visual novel, with mainly textual interactive elements that accompanied the video sequences. Project Legacy, however, was abruptly halted and to date, after years of cancellation, there is no news of a possible recovery. 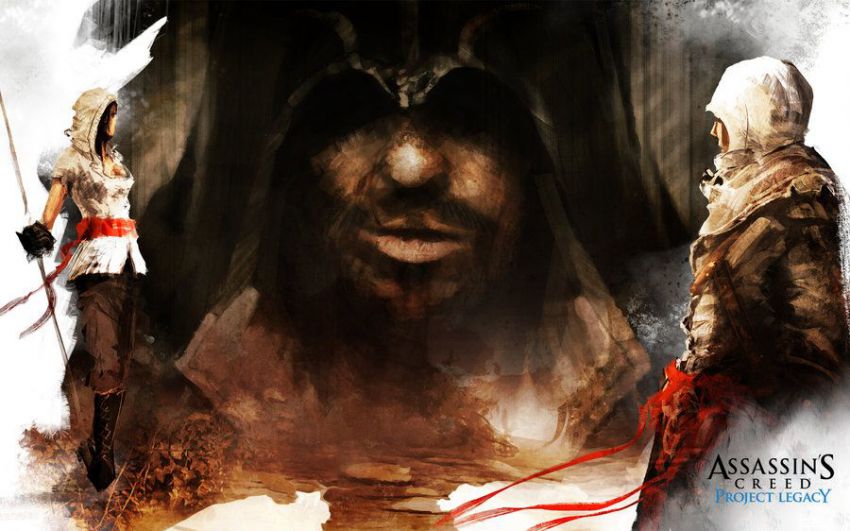 The main regret, however, remains Assassin’s Creed Utopia, a title for iOS and Android platforms that has never seen the light of day. It would have been a spin-off of AC3 without, however, assuming any gameplay mechanics, but for the sole purpose of delving into its historical background: indeed, Utopia would have come to life in the 17th century, at the beginning of North’s colonization. . America.

The plot would allow us to trace some 150 years of history to the origins of American independence, in order to discover how the Assassins had influenced history and helped the future United States take shape in the original thirteen colonies. The gameplay, on the other hand, would have involved management elements such as the construction of entire colonial cities, and it seems that the developers also wanted to include a social component never seen in a game in the series. 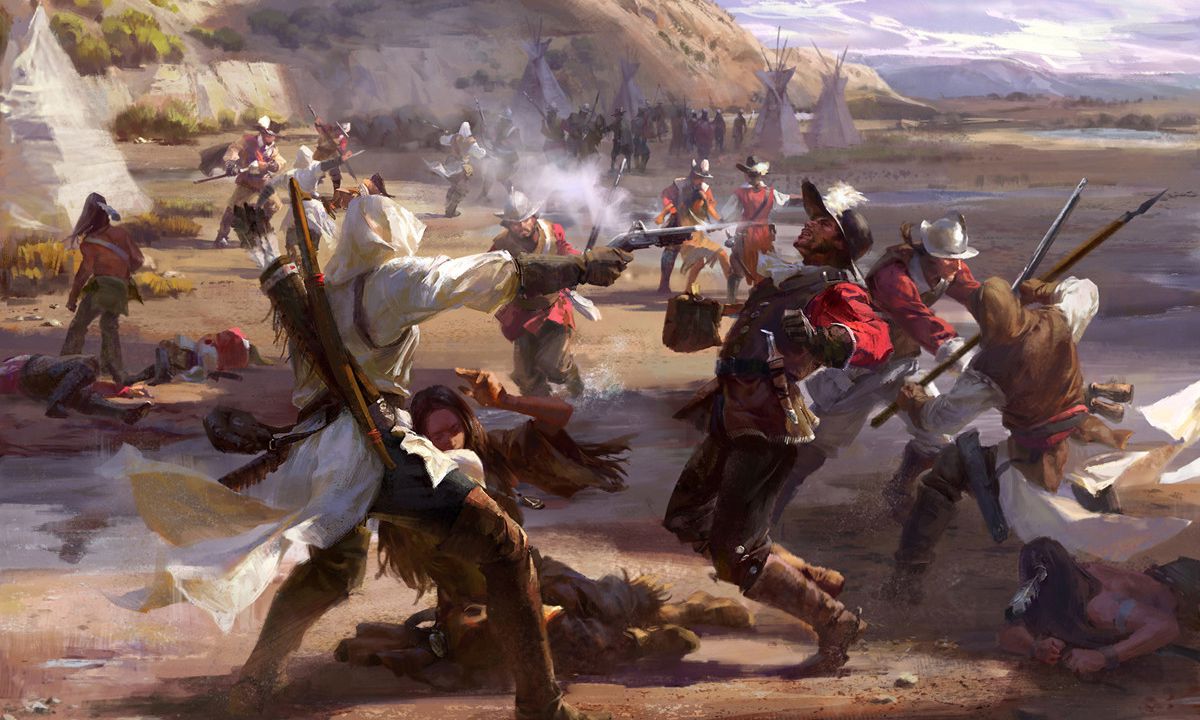 The Assassins of each colony would have to fight their enemies to protect their respective settlements in epic battles, organized through a 3D fighter-style game with asynchronous elements. Rest in peace.