Like every month, there is free for PS Plus subscribers. East games-The highlight awaits you in December 2022.

Affiliate notice for our shopping offers

The mentioned products were personally and independently selected by our editorial team. If you make a purchase in one of the linked stores (affiliate link), we receive a small commission, the editorial selection and description of the goods are not affected by this.

For several years now, the PS Plus program has proven to be a popular way to catch up on some of the gaming highlights of recent years. In December 2022, the essential package, that is, the cheapest version, will provide you with a total of five games, three of which definitely deserve the cult stamp.

The reason for the high number is this month’s figurehead: with “Mass Effect: Legendary Edition” you get the complete trilogy about Commander Shepard and his fight against the alien reapers. All three games have been technically revised for the new edition, so you can look forward to many hours of the best sci-fi entertainment.

The second (or fourth game, depending on the math) is Biomutant. After several postponements, the open-world RPG released in 2021 and was largely rejected by buyers and critics. We definitely agree that the game is not a great success, but the combination of many familiar elements in an unusual setting makes “Biomutant” an interesting game, which can win new fans through the PS Plus program: 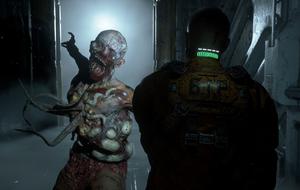 Games in December 2022: The biggest games for consoles and PC

Finally, there is “DKO – Divine Knockout” as a bonus for subscribers. In the fighting game, you compete in 3v3 battles as a godlike character like Thor from the third-person point of view. However, the arena is constantly changing, so you’ll need to adjust your tactics accordingly.

No word yet on which games are included in the PS Plus Extra and Premium bundle. Experience shows that these always appear in the middle of the month.