With a live broadcast on ESPN and a $ 10,000 gift from Microsoft – only one can call himself a world champion in Excel

If you heard cheers and screams from the neighbors at night, and you thought it was from a Premier League match, you were wrong. Because yesterday (Saturday) there was a world championship in Excel, a competition with quite a few followers, cash prizes and yes, a little strange.

Long and complex challenges that only Excel can solve

The FMWC tournament came to an end last night on YouTube in front of over 2,000 viewers and on ESPN (American Sports Broadcasting Network, I swear), and despite the red-hot acronym reminiscent of soccer or video game championships, it represents the sexy name “World Economic Models Championship ”(Financial Modeling World Cup).

Every year 128 male and female participants from around the world compete for the title of “Excel Champion”. The qualifying round kicks off on November 13, and with the help of a scoring method (which is updated, of course, in the Excel table), the contestants progress through the home stages to the decisive tense moments. 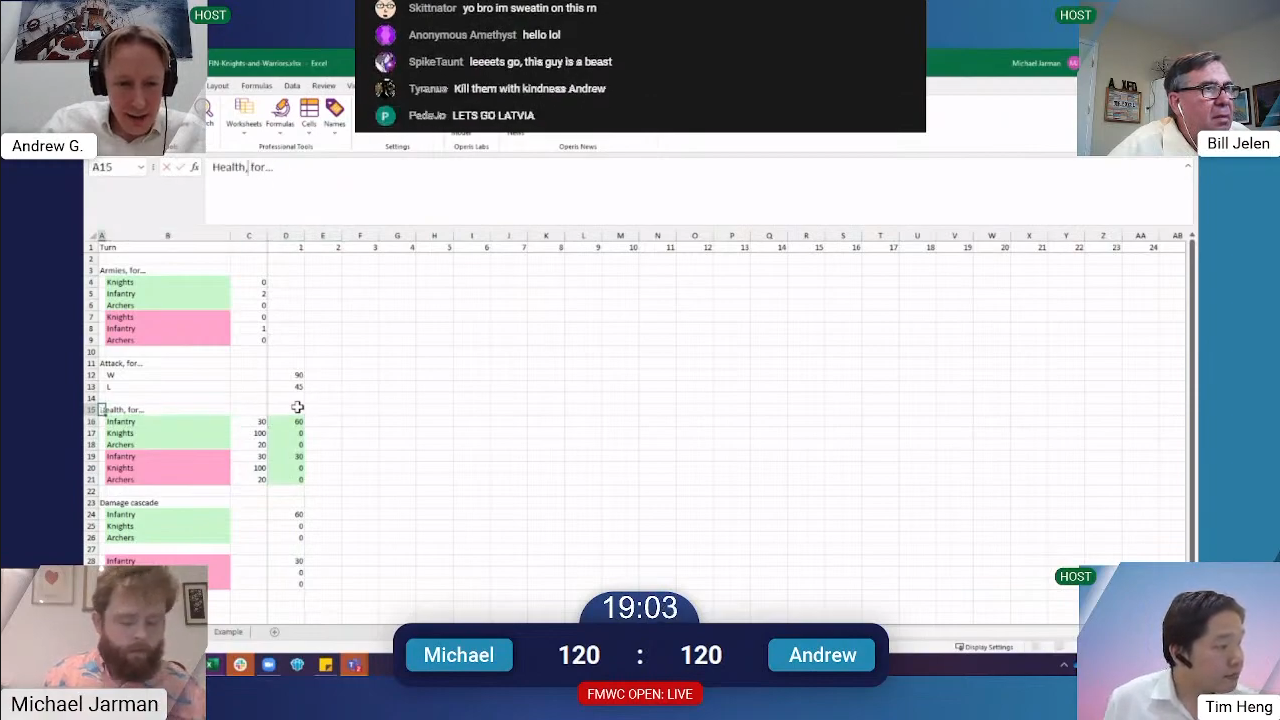 It is possible to cut the voltage with a function on the first try. From the YouTube channel Financial Modeling World Cup

In each battle, contestants are given a verbal challenge of up to 5 pages, which they must solve using Excel spreadsheets. The more complex a problem is, the more points it is worth. For example, one of the sample challenges featured on the competition website is to create a model that can quantify the positive impact on Latvia’s economy as a result of hosting the World Ice Hockey Championships, calculating costs of fans who come to compete from all over the world according to their habits The country the day after their team was eliminated from the competition. Did we give you a headache? You probably didn’t wink at the material created by Excel Champions.

The final stages of the competition were streamed live last night and it looked like a pretty serious and suspenseful event that included real-time updated score charts, competitors (or teams, depending on the host company), and even two commentators, one of whom is Bill Jellen from Microsoft known as “Mr. Excel.” If you plan to order pizza, beers, and friends to watch the final event that aired last night (Saturday), please don’t read on because we are going to spoil the results.

The winner who picked up the 2021 Excel Champion title, and the prize of $ 10,000 that goes with it, is Andrew Ngai. The Australian, who works for consulting firm Taylor Fry, stomped on Canadian competitor Michael German, who couldn’t find the fault in his model, leading to a score of 734: 280 (out of 1,000 possible points for each competitor). If lengthy calculations and complex formulas aren’t enough, the named winner is a contestant from Australia, and he did it while the competition was running on US time, leading him to stay up until the early hours of the morning to win the grand prize. .

If you are reading this article and dream of honoring Israel at the Excel 2022 World Championship, it is time to start training. Using the examples available on the FMWC websiteOh, and like any competition worth its salt, you can shop for some pretty successful merchandise and other challenges here too. In the official store of the competition.

All articles and updates from the world of technology and high technology.
Waiting for you now on the Gictic channel on Telegram