Months go by the stations of Fortnite as well. Epic’s Battle Royale entered Season 5 of its Chapter 2, dubbed Point Zero. Who says new season, necessarily says new skins. Unfortunately, a new area allows an old mask to qualify as Pay-to-Win, as it makes things much easier when conditions are right.

Although it was released in July 2019, this mask only managed to show its talent recently. And for cause, Since the beginning of February, a new area has appeared, that of Kit’s Cantina, which resembles the famous Cantina in the city of Mos Eisley on the planet Tatooine in Star Wars. And even if the players of Fortnite He doesn’t seem to like this area, for lack of items to collect, he lets the disruptive skin shine. And for good reason, there is a hologram that reproduces the different emotes of Fortnite. Thanks to the disruptive skin, it is possible to be mistaken for the hologram, so enemies will not see you. A technique that drastically benefits the skin that was shared on Tik Tok in particular:

An effective skin, especially if the player can synchronize their emoticons with those of the hologram. Many netizens criticize this method, as well as this skin, explaining that the latter becomes Pay-to-Win, because it is too advantageous. However, it must be remembered that very specific conditions must have arrived for this skin to really benefit from a good advantage. Also, since the technique of stealth is now widely known, players venturing into the Cantina need to be more careful than usual. 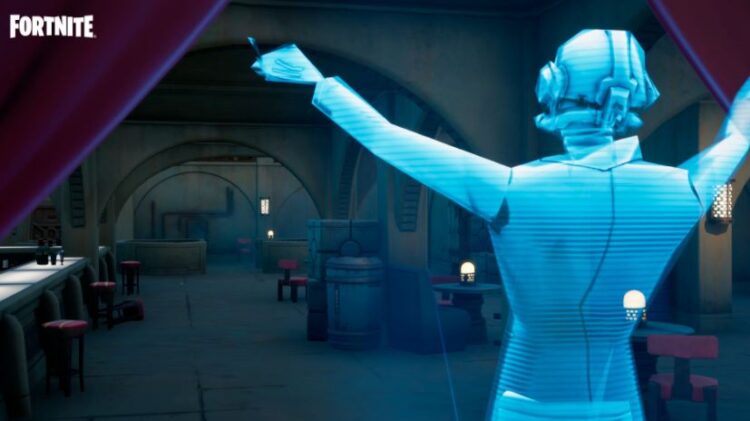 Especially since famous videographers have also shared this technique, such as SypherPK, a YouTuber whose channel has almost 5 million subscribers. As new areas arrive, these kinds of methods should keep popping up. It’s hard for Epic to test all these skins, including the old ones, in every possible and unimaginable situation. Either way, if you own the disruptive mask, feel free to stop by and try your luck before this method has become too popular.