After the data of the Christmas holidays and the record registered on the single day of December 25, 2020, the global data of user spending in the App Store and Google Play Store arrives, which marks a growth for both digital stores of 30% . Adding the two platforms together, total user spending was $ 111 billion, a new all-time high driven by lockdowns and pandemics that have changed people’s spending priorities.

As has always been the case, the spending of users of the App Store was higher, despite the greater number of Android terminals in circulation, equal to 72.3 billion dollars, compared to 55.5 billion in 2019 Instead, on the Google Play Store, total spending increased from $ 29.7 billion in 2019 to $ 38.6 billion today. While growth is around 30% for both, the App Store generated 87.3% more consumer spending than the Google Play Store.

Gaming continues to be the richest category, scoring $ 79.5 billion overall, which is 71.7% of all spending at the two stores, up 26% year-over-year. According to Sensor Tower data, games alone account for 66% of total App Store revenue, which is equivalent to about $ 47.6 billion, a 25% increase from last year. On iOS the most profitable game is Tencent’s Honor of Kings with $ 2.5 billion, while on Android it is Moon Active’s Coin Master with $ 799 million. 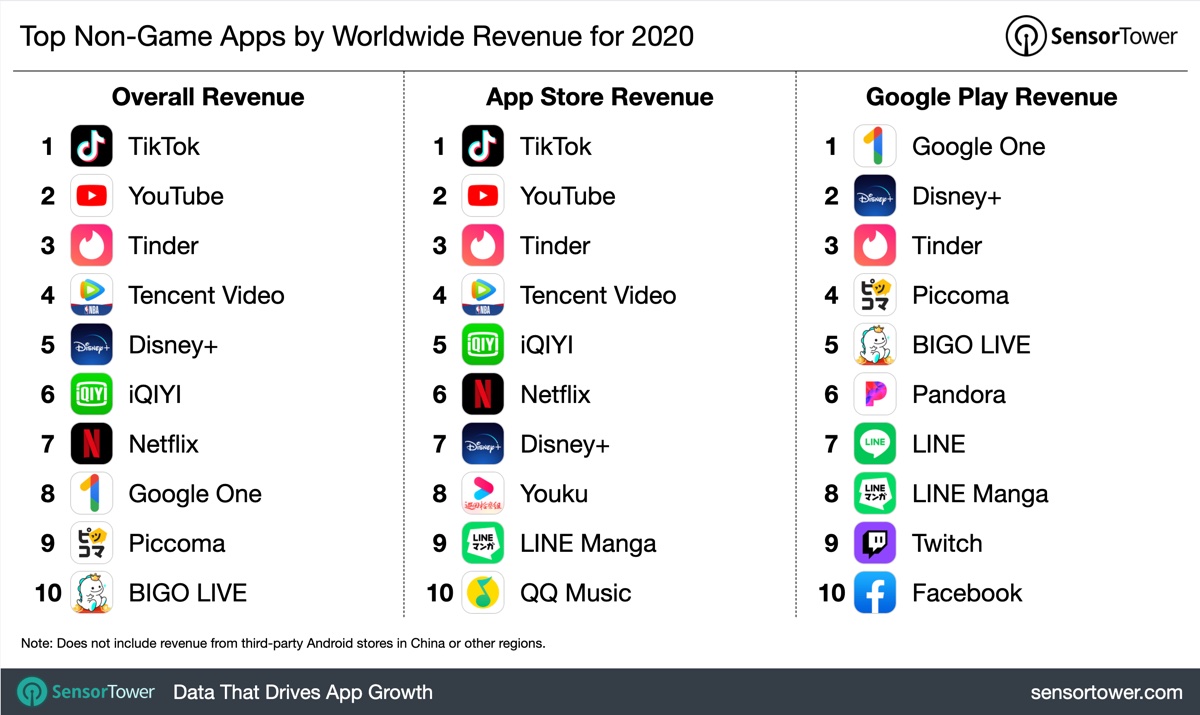 The most impressive growth in non-game apps comes from TikTok, including Douyin on iOS in China, which rose more than 600% to $ 1.2 billion gross on the iPhone. On the other hand, in the devices of the green robot is Google One that increases 41.9%, raising 444 million dollars. Sensor Tower Analysts (who the full report) indicate unprecedented growth for digital stores, driven by the global health crisis that has changed people’s needs and consumption, a change that could indicate a permanent change in users’ spending habits.

For all the news and articles about the iPhone universe, the dedicated section of our website is available, while for the Android world we start from this page.