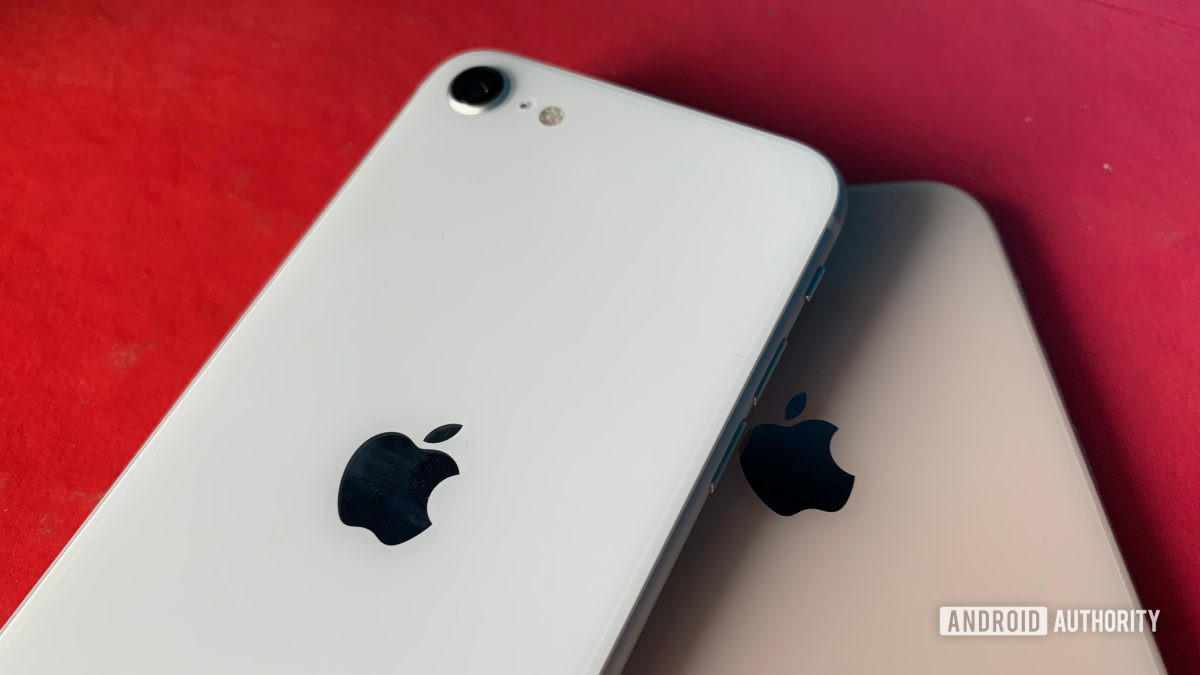 Apple’s original iPhone SE was a breath of fresh air when it launched. The small iPhone was highly revered not just because of its affordable price tag, but also for its pocketable size, at a time when Apple’s top-of-the-line iPhone 6S Plus measured 5.5 inches.

For years, Apple users have waited for an iPhone SE successor. But after the iPhone 7, subsequent iPhones kept getting taller and pricier. For a while, it seemed like Apple had put the iPhone SE out to pasture, but thankfully that wasn’t the case. Now we have the 2020 iPhone SE  and it brings with it the spirit of the iPhone 8 and the heart of the iPhone 11. 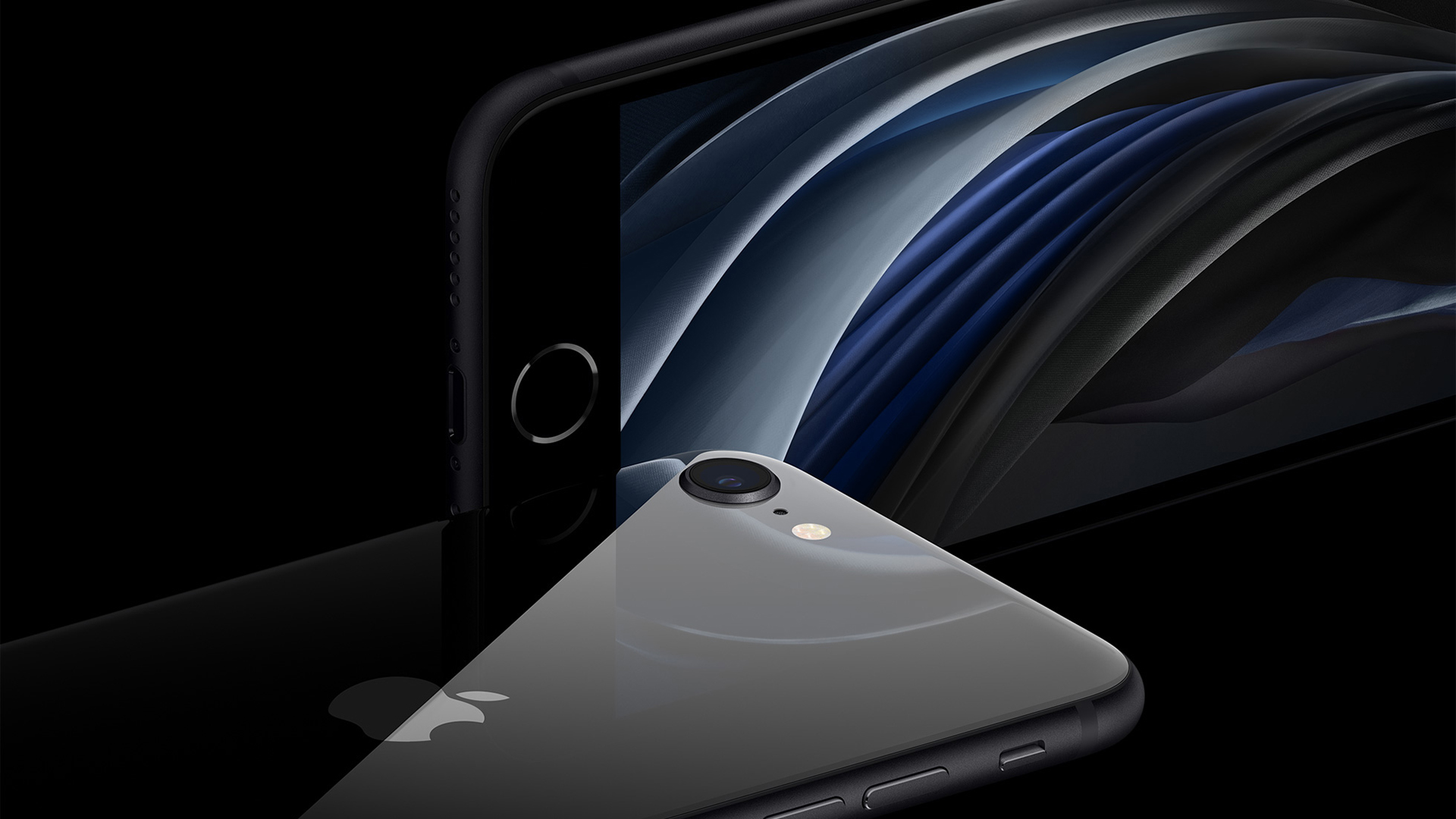 iPhone SE: The right phone at the right time, and that’s bad news for Android

Apple Today, Apple launched the 2020 iteration of the iPhone SE. The new budget-minded iPhone looks a lot like the iPhones of a few years ago with a Touch ID-based fingerprint sensor on the front …

The 2020 iPhone SE maintains the same compact form-factor of the iPhone 8. The majority of its specs are also the same as the iPhone 8. So what is the difference between the iPhone SE and iPhone 8? Let’s take a quick look at the iPhone SE vs iPhone 8 and see why it makes sense to buy one compact, budget iPhone over the other.

As you can see in the spec comparison above, the iPhone 8 and iPhone SE are almost identical until you come down to the core of the new iPhone.

At its heart, Apple’s new compact king is powered by the 7nm A13 Bionic chip, up from the 10nm A11 Bionic processor you get on the iPhone 8 series. This one change makes all the difference.

Also read: Tested: Is a $400 iPhone SE really faster than the most powerful Android phone?

The iPhone SE’s A13 Bionic chip brings a much better performance compared to the A11 Bionic. Right from opening and closing multiple apps, to taking screenshots, to simply navigating the UI, the difference in how fast the new iPhone SE handles day-to-day tasks in comparison to the iPhone 8 is extreme.

In fact, even in comparison to the larger iPhone 8 Plus with the same A11 Bionic processor, the iPhone SE shows a significant leap in performance.

To prove my point, I ran some benchmarks on both the iPhone SE and the iPhone 8. Not only did the SE complete all the benchmarks faster, but also rendered them much more smoothly in comparison to the 2017 iPhone. See the benchmark results below.

Since the above benchmark comparison is with the iPhone 8 Plus, we can presume that the iPhone 8 would achieve similar numbers.

Moreover, the 2020 iPhone SE also features Apple’s third-generation neural engine, which is way more powerful than the one on the iPhone 8. Case in point, the iPhone 8’s neural engine has a dual-core design whereas the iPhone SE’s neural chip has an eight-core structure. 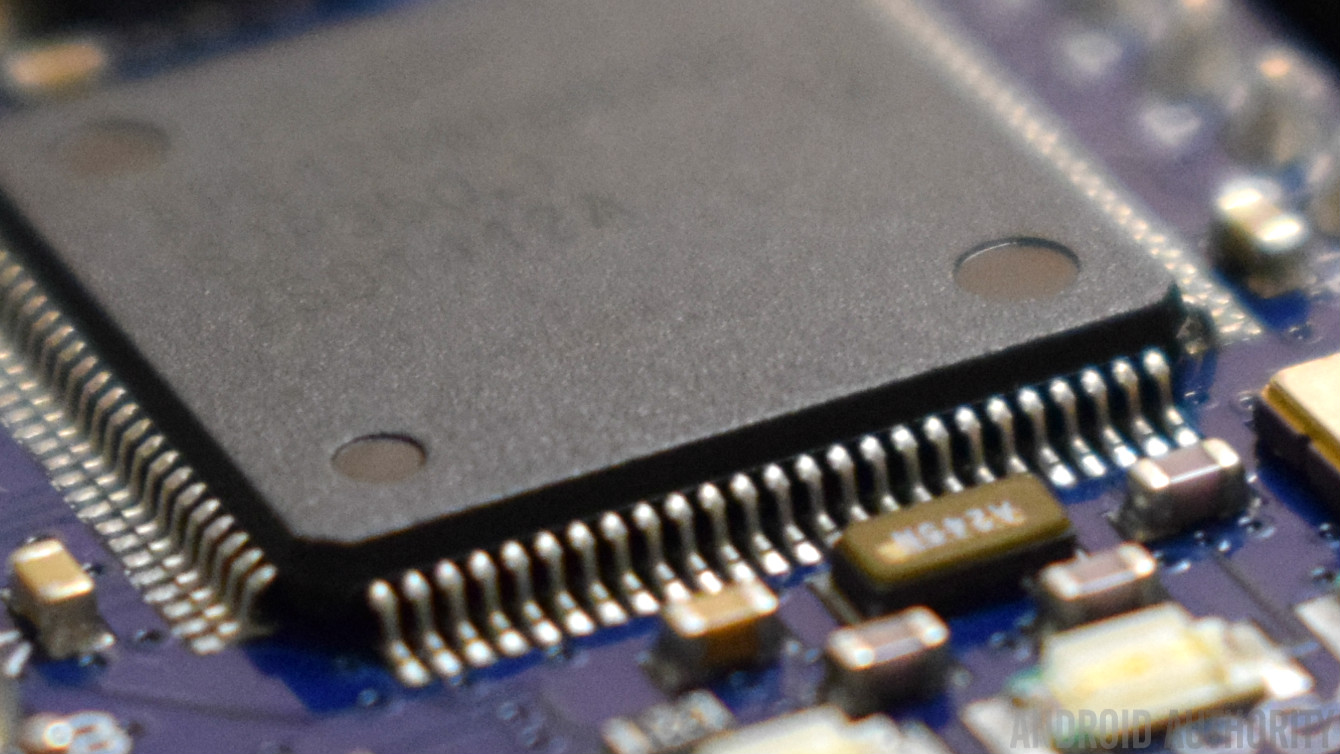 What is an SoC? Everything you need to know about smartphone chipsets

Tech enthusiasts love to talk processing power and chips, be it from PCs and gaming consoles to the latest smartphones. We do a fair bit of it here at Android Authority, with in-depth coverage of …

The same A13 processor and neural chip also power the Cupertino giant’s flagship iPhone 11 series. They are the reason why the new iPhone SE not only performs faster but also takes much better pictures with the same camera as the iPhone 8. 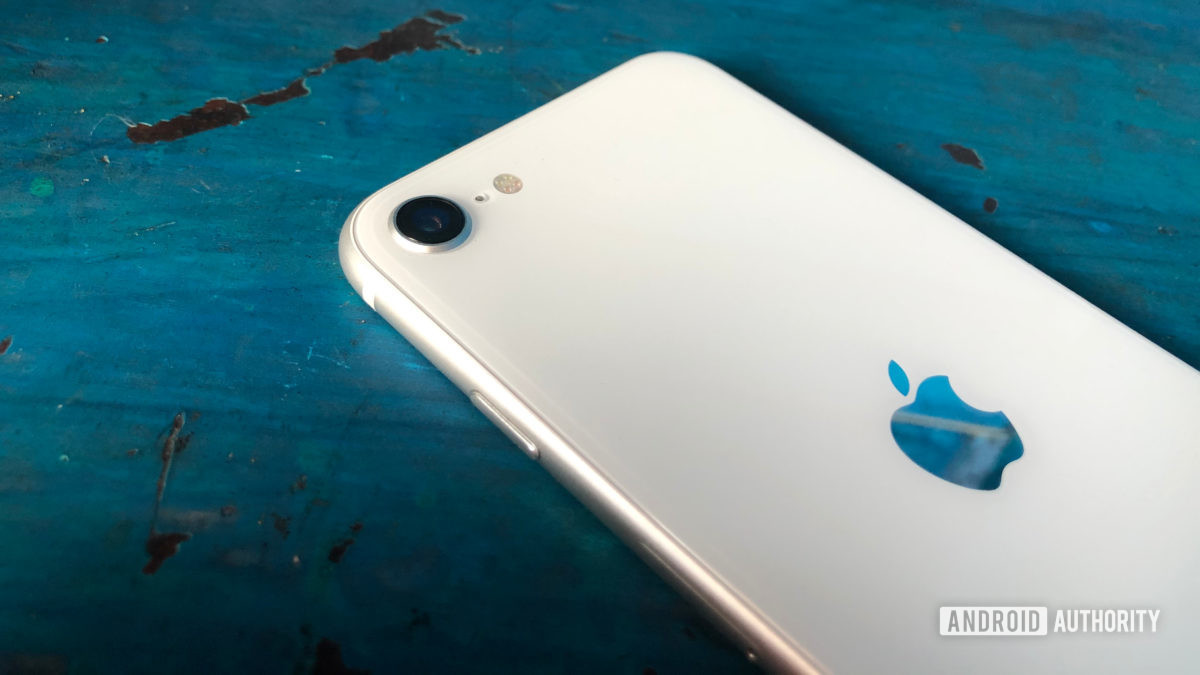 The second-generation iPhone SE has the same primary camera setup as the iPhone 8. On both phones, you get a 12MP sensor with f/1.8 aperture, phase detection autofocus, and optical image stabilization.

If you’re wondering what’s so great about a three-year-old camera, rest assured you won’t be disappointed. Thanks to advances in computational photography and the A13 Bionic’s signal processing, the iPhone SE easily beats the iPhone 8 in terms of photography.

With its single-camera system and Apple’s neural engine-assisted software magic, the iPhone SE features a portrait mode that would otherwise need dedicated hardware such as a dual-camera system for depth mapping. But if we’ve learned anything from the Google Pixel series, it’s that a single camera can also do wonders.

As you can see in the comparison above, the iPhone SE gives you a higher level of background blur and sharper segmentation than the iPhone 8 Plus. The 7MP front camera on the iPhone SE also has ML-assisted portrait mode. However, it’s not as remarkable as the one on the rear shooter.

Since the iPhone SE is a 2020 phone, it borrows a bunch of camera features from Apple’s latest flagships.

The SE also adds Smart HDR for better highlight recovery in photos. There’s also HDR, OIS, and stereo sound recording for videos. It even gets the iPhone 11’s QuickTake mode for recording videos from within the photo mode.

You can read more about the iPhone SE’s camera performance in our detailed iPhone SE 2020 review.

In terms of size, the iPhone 8 and iPhone SE are identical. You get the same compact 4.7-inch IPS LCD True Tone display on both phones, with a 1334 x 750 resolution. The typical brightness levels and wide color gamut also remain unchanged on the newer model. 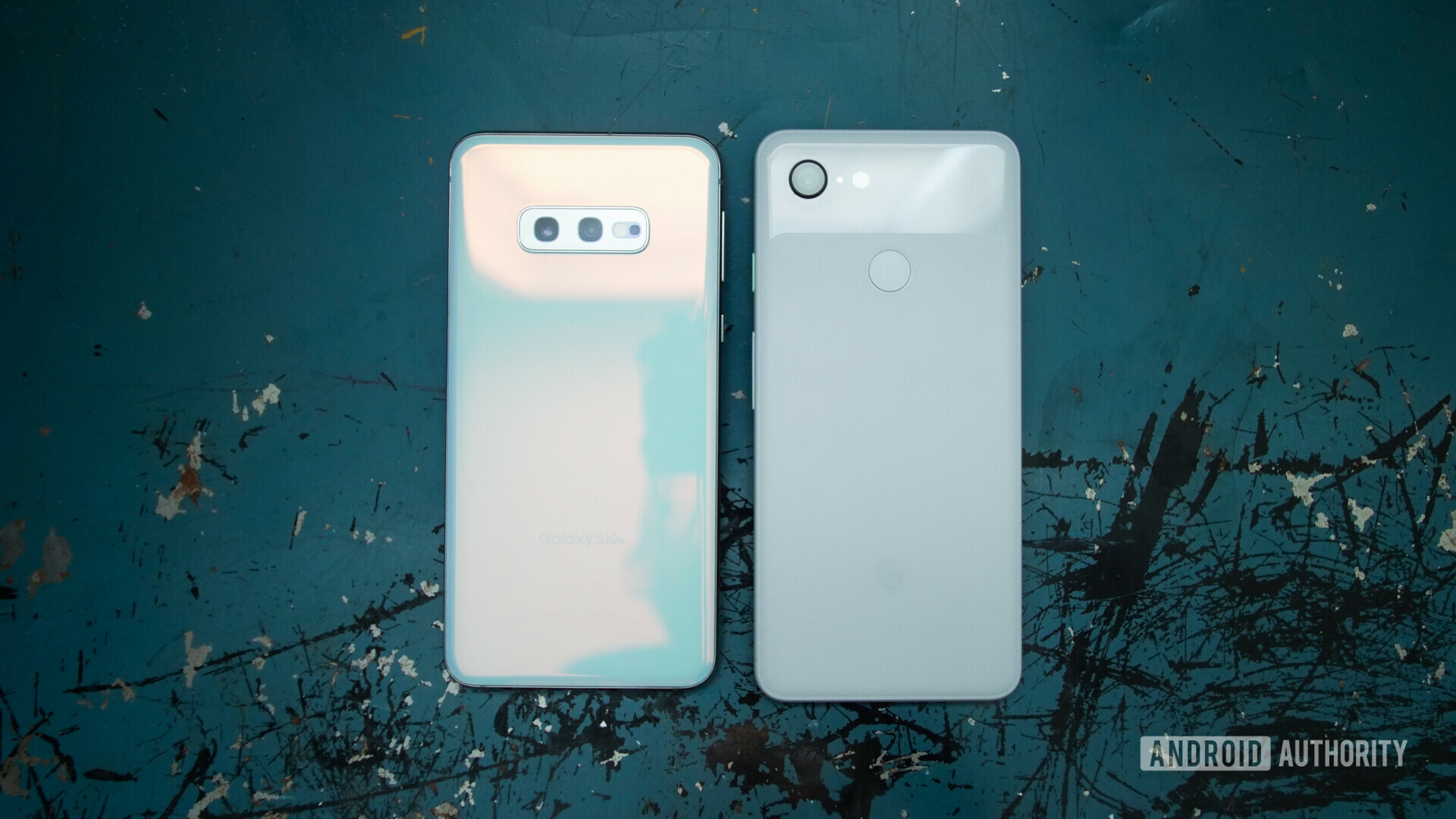 We asked, you told us: Most want small phones, but there are few good options

Over the past few years, people seem to have been voting with their wallets — big phones are here to stay. Unfortunately, companies are now spending fewer resources on making decent small phones. There just …

In a world where handsets are touching the 7-inch-display mark, the two iPhones are notable outliers. You’ll be surprised at the sudden comfort of single-handed use that washes over you when you switch from a large screen device, to the iPhone SE or iPhone 8. 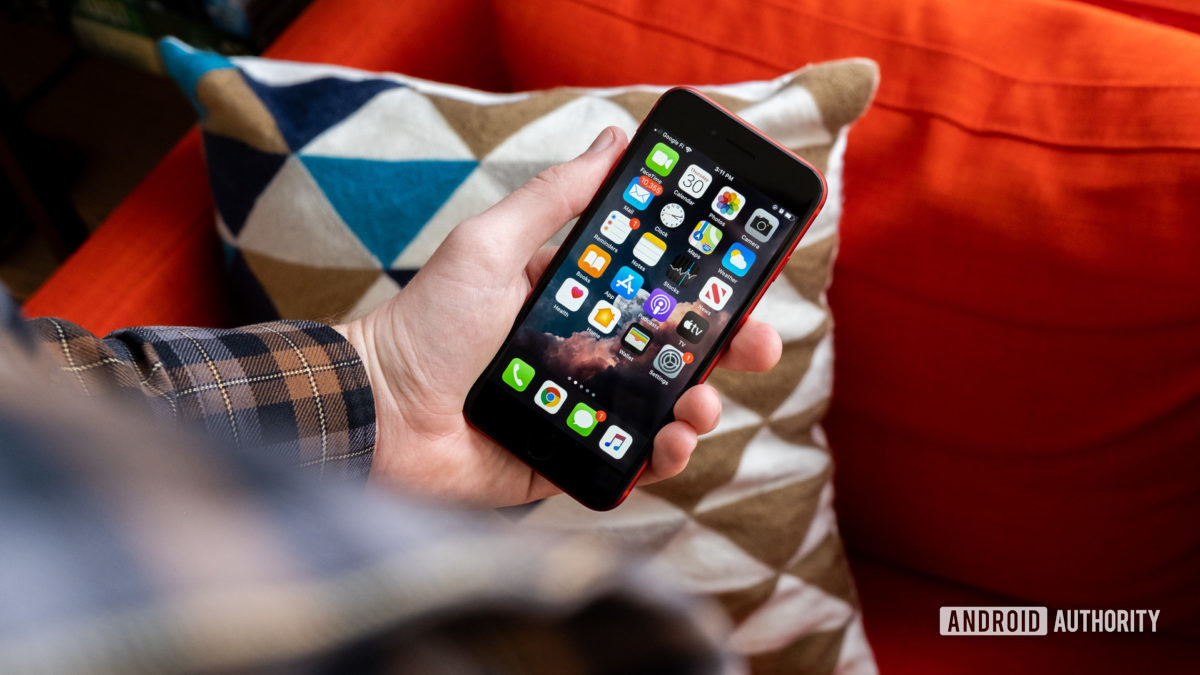 The iPhone SE comes in at a price of $399 in the US. This is highly uncommon for an Apple phone which flaunts a flagship processor. This is what’s caused such a stir in the mid-range smartphone segment. Apple clearly has its sights set on the sub-$500 phone market and with the iPhone SE, it’s threatening even Android phones in that space.

In comparison, Apple has officially discontinued the iPhone 8. However, the phone is still available on some platforms like Walmart and Best Buy anywhere between $349 and $399. That price, for a three-year-old phone that might not get the same software support compared to the 2020 iPhone SE, makes your choice very clear.

If you were considering upgrading from a 7 series iPhone, then our suggestion is that you go straight to the iPhone SE. And if you’re an iPhone 8 user, an upgrade to the iPhone SE will afford you blazing-fast performance, a highly-improved camera experience, and more software updates.

Meanwhile, you get the same comfort of use, that physical home button you’ve come to love, wireless charging, and IP67 rating, all in a brand-new, more powerful package.

If you’re in the market for a new iPhone that doesn’t break your bank, the iPhone SE is the way to go.

The iPhone SE offers the power of Apple’s latest and greatest, for less than half the cost.