KONAMI announces the launch of a new game, eFootball, a realistic next-generation soccer experience in a completely state-of-the-art FREE-TO-PLAY format on and off the field. Play for free as a digital download.

Konami Digital Entertainment Limited today announced the new free virtual soccer platform eFootball from the makers of PES and Winning Eleven. It will be released this fall globally, starting with PlayStation 5, PlayStation 4, Xbox Series X | S, Xbox One., Windows 10 and Steam for PC. and shortly thereafter iOS and Android will follow.

A new identity for the new generation of consoles and gamers. eFootball It’s a new approach for long-standing franchises. formerly known as Pro Evolution Soccer and Winning Eleven.

“With the powerful power of the Unreal Engine, it allows us to dramatically review the quality of the player’s performance. We have made a number of tweaks to create a new soccer game engine that will power eFootball for years to come, “said Seitaro Kimura, producer of the eFootball series at Konami Digital Entertainment. Working closely with top footballers, eFootball enables us to create the most intense and realistic gaming experiences we’ve ever dreamed of. Details of the game will be revealed next month. Please stay tuned. “

Thanks to this soccer game engine it has been greatly improved compared to before. The animation system itself has also been completely overhauled. With the new “Motion Matching” technology that transforms the different movements made by the players on the field into a series of animations. and immediately choose the correct one. This system can convert four times more animations than the previous system. The movements are very realistic and this “Motion Matching” system is used on all platforms. eFootball That means the latest consoles, PCs, and cell phones too.

See also  At times five rubber bands at a time: plastic discovered in a person in three stork vaults - culture

make sure eFootball It will be an experience that everyone can enjoy. KONAMI’s newest soccer game. This will be a free game on all platforms, consoles, PC and mobile devices, and most importantly. eFootball It comes with equality and balance for all players. More details on the game and online modes will be revealed in late August.

With a single digital format, KONAMI New content and game modes will continually be added after the fall release. Play offline with top teams like FC Barcelona, ​​Juventus, FC Bayern, Manchester United and other teams where players can play for free from the start. And there will be different game modes that players can purchase in addition to the form. DLC This gives each player the freedom to create their own personalized gaming experience.

And it is the first time that the society of football lovers from all over the world has come together in one place. eFootball offer an esports experience The same level of realism on consoles, PC and mobile devices, including full cross-platform play after launch. eFootball mobile version More details will be announced later.

And to communicate with players in a transparent and open way, KONAMI has released its first roadmap for eFootball Let’s start with the details of the content at launch. and what will be added in the months leading up to fall:

See also  Home windows 11 and 10, how to download your installation ISOs in seconds?

For KONAMI it is a great honor to be the second of the best players in the world, Lionel Messi and Neymar Jr. will become an ambassador for eFootball Also, Andrés Iniesta and Gerard Piqué He has also been heavily involved in the development of the game as an official advisor in terms of offensive and defensive gameplay, respectively.

There will be more announcements about the Ambassador of eFootball and details of partner teams, copyrights and more in the coming weeks.

You can follow the latest updates and additional information from the franchise. eFootball to: 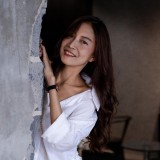