Android works well with smartphones and tablets. For several years, developers from various companies have been wanting to turn this mobile operating system into an “adult” desktop OS. This time Xiaomi is experimenting with the interface.

It is amazing how fast technology is developing. Yesterday we played GTA San Andreas and Halo 2, and today we can unfold a smartphone into a tablet. By the way, if you miss older times, you can download Xbox ISOs and play your favorite games from the past.

So what is it?

Xiaomi has developed a special software platform called PC Mode. It was created exclusively for the Mi Mix Fold, the company’s foldable phone. It can be expanded to create a relatively large screen for which the usual Android interface will no longer work.

The interface created by the Chinese company allows you to turn this tablet into a full-fledged desktop. If you use a wireless keyboard, then there are no problems at all. Of course, the difference between a 27-inch monitor and this miracle of technology is quite large. But it’s better than just a phone.

To activate the interface, you need to unfold the phone and run it using a specialized gesture — swipe three fingers from the right edge of the display to the left. As the developers explained, the movement will activate a new mode. It adds new interface elements, including:

Pressing the “Start” button brings up an additional menu with a list of applications, a search bar, and shortcuts for settings and some other functions.

The interface is very similar to Windows, to a lesser extent — Chrome OS. But it is still the same Android as before. There are no changes here, except for the interface. However, this makes it possible to simultaneously leave several open windows on the desktop, if necessary.

The developers have added the ability to deploy some applications to desktop application windows. Not all applications are optimized for such an interface, so some open up in a full-size window, some do not. If necessary, the window size can be changed, which is typical for a desktop OS.

The phone connects the keyboard and mouse without any problems — everything works as it should. Google Docs and WordPress work seamlessly.

Application windows open normally; you can leave them running in the background. Messages in WhatsApp arrive while working with WordPress; they can be read if the messenger window is open. All in all, everything works fine, but still, the 8-inch screen is not very suitable for long-term use.

There is a positive point here: the phone can be connected to a smart TV without wires, then it is already a truly full-fledged working tool. Interestingly, during the test, connecting the phone to an external monitor using USB-C or HDMI was not successful.

A little about the phone

The Xiaomi Mix Fold went on sale in early April this year — but only in China. There is no information about the availability of the device outside the country yet. But it seems that the company is going to release it to the global market. By the way, PC Mode was not available immediately: this mode appeared together with the device receiving the V12.0.10.0.rjtcnxm service pack.

When unfolded, the phone’s screen is large — as much as 8 inches. There is also an external display, and its size is not much smaller — 6.52 inches. According to company representatives, the device will withstand 1 million folding and unfolding cycles.

In addition to the folding screen and desktop mode, there is another innovation — this is a liquid lens that allows you to use the 8 MP camera for optical zoom and macrophotography. The smartphone also has two batteries, each with a capacity of 5020 mAh.

The developers plan to improve the interface gradually. Folding devices can be expected to increase in size when unfolded. And if it is a 10-11-inch screen, then you can work with such a gadget without an external screen, if necessary. 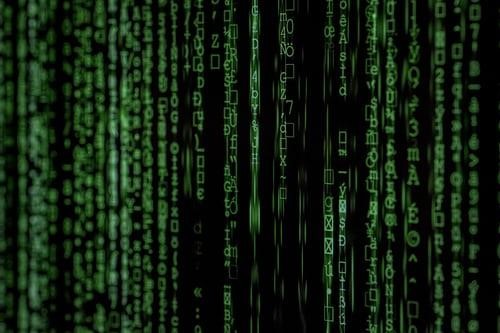 The United States agreed to lift the ban on investments of American companies in Xiaomi. The Ministry of Defense will exclude the Chinese smartphone manufacturer from the blacklist — the company’s shares rose by 6.5%.

Xiaomi and the US government have agreed to exclude the company from the blacklist, writes Bloomberg. This status could have limited American investment in a Chinese company.

The Department of Defense under former US President Donald Trump issued an order, according to which Xiaomi was called a “communist Chinese military structure.” In early 2021, the smartphone maker sued the government.

According to Bloomberg, the ministry agreed in court that the order to revoke the company’s definition “would be appropriate.” The parties are now discussing the conditions for resolving the dispute and will release a statement by May 20. The publication writes that Xiaomi declined to comment.

On the back of the news, Xiaomi shares on the Hong Kong stock exchange rose by 6.5% to HK $26.2 per share. Bloomberg notes that the deal marks a rare victory for China’s tech giants that have been targeted by the US government.