The ZTE Axon 11 5G is the successor to 2019’s ZTE Axon 10 Pro, but it’s not a case of out and out hardware improvements across the board. Instead, the Axon 11 strives to introduce 5G to the Axon series without the usual premium-tier price tag. But does the handset have anything else to offer to entice the increasingly discerning mid-range crowd.

About this ZTE Axon 11 hands-on: This hands-on was written after spending just under a week using the Chinese version of the ZTE Axon 11, which required manually installing Google Play. Unfortunately, I’ve broken the phone somehow and so can’t complete the full review until a replacement arrives. There’s no 5G in my local area, so I wasn’t able to test this aspect of the handset. ZTE provided the review unit to Android Authority. 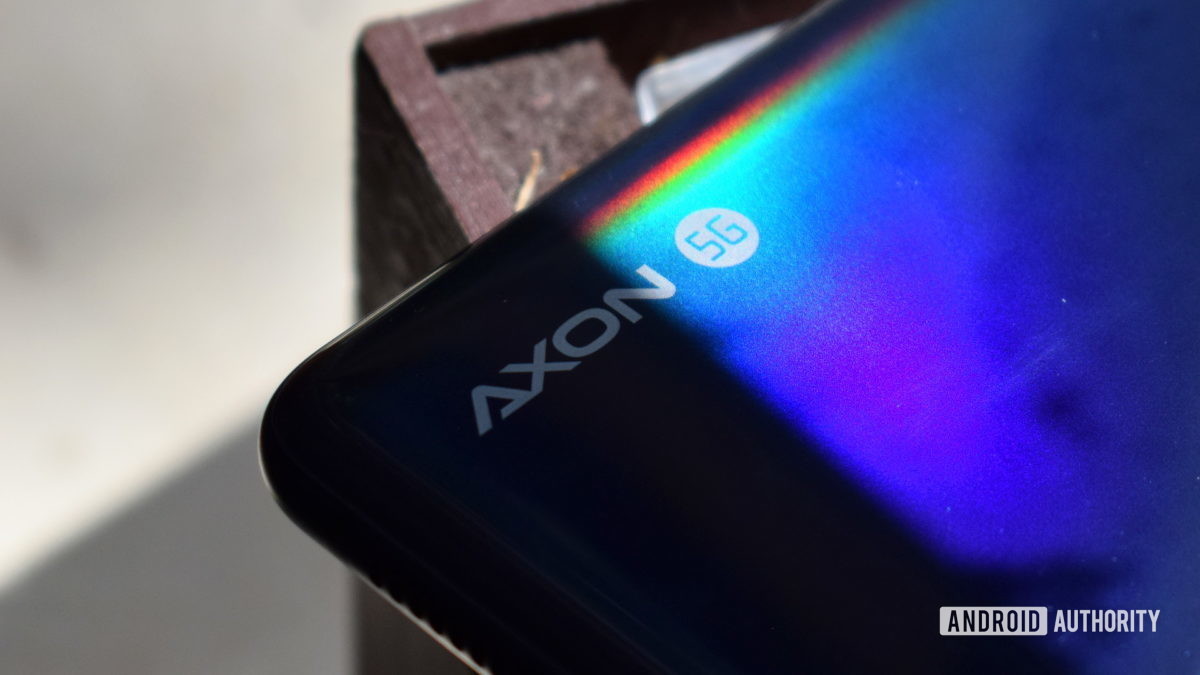 In a nutshell, the ZTE Axon 11 5G caters to your essential smartphone experience, with few extras. It’s hard to fault the phone in this regard, especially at this price. You won’t have any problems running all your favorite apps, making calls, and checking email.

The Axon 11 feels nice in the hand, and the buttons are where they should be. The low weight, thin edges, and slight curve to the display keep the large 6.47-inch phone manageable. There’s a central notch for a symmetrical face on appearance, but the rear camera housing is a little uglier to look at. It’s an overall familiar design that neither offends nor stands out in any particular regard.

READ  Apple announces CarKey, which will enable you wirelessly unlock your vehicle

MiFavor 10.1 is a reasonably stock-like interface, with a few of its own quirks thrown in. These include a built-in screen recorder and the ability to pick between traditional on-screen buttons or gesture-based navigation. However, you’ll have to go digging to find them all. ZTE’s setting suggestions aren’t as helpful as they could be at navigating the labyrinth of sub-menus.

ZTE Axon 11 caters to your essential smartphone experience, with a drop of 5G for good measure

Our Chinese model also came with quite a number of pre-installed apps, including Baidu, WeChat, Tencent News, and plenty of ZTE software. Mi Voice is also the virtual assistant on the Chinese version, which can’t be used when you switch the system language to English. There’s also Z Menu on the left-mode home screen page, displaying weather, fitness, news items, and quick apps. But it doesn’t bring anything new to the home screen formula. Overall, ZTE’s software is certainly usable but not particularly brilliant. 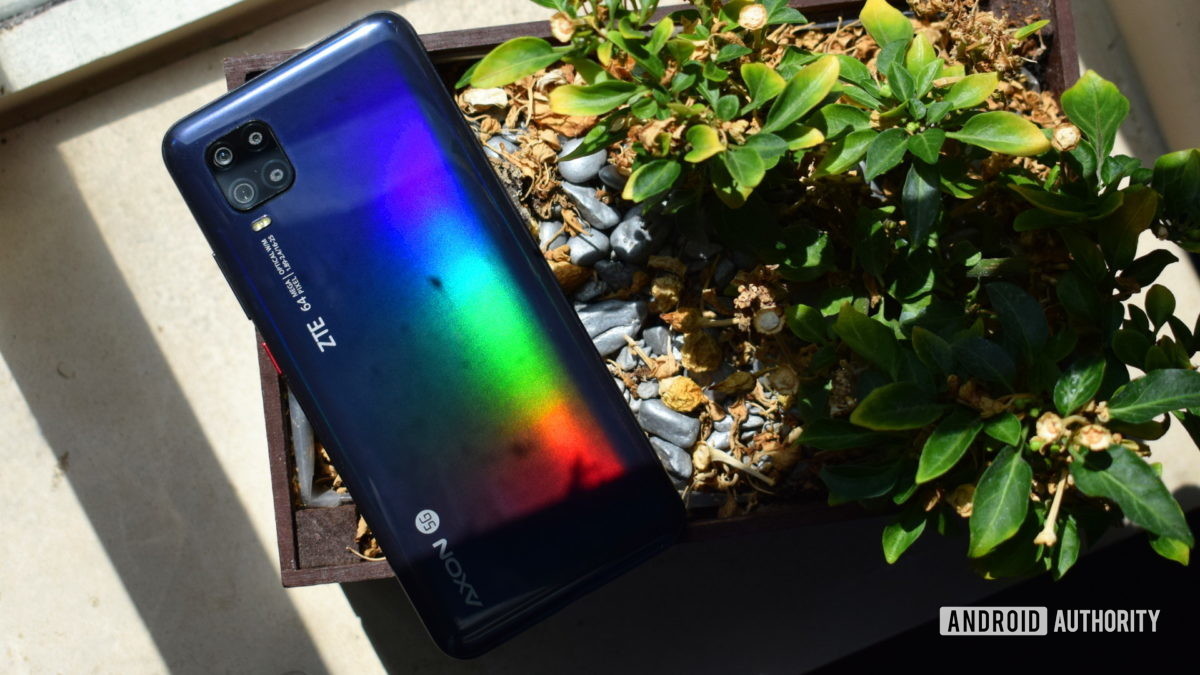 The ZTE Axon 11 is the latest entry in a growing wave of affordable 5G smartphones. Powered by Qualcomm’s mid-range Snapdragon 765G, the promise is high-end performance and features without the increasingly obscene price tag. This is the same premise that drives the LG Velvet to use Qualcomm’s mid-tier 5G processor, and at a similar price to the ZTE Axon 11 5G.

You don’t need to worry about the day-to-day performance of this chip. It’s roughly equivalent to flagship performance from a year or two ago, and the handset handles all my regular apps without major hitches or stutters. 8GB RAM is more than enough to ensure swift multitasking too. That said, gaming performance is definitely behind today’s expensive flagships, but the phone still handles modern titles like PUBG just fine. We’ve extensively benchmarked the phone, which you can check out in the article linked below.

So performance is competitive and the ZTE Axon 11 5G serves up other flagship-tier features, too. There’s an in-display fingerprint scanner that’s serviceable, but a smidgen slower than, say, your Galaxy S20. There’s broad support for high-quality Bluetooth audio codecs, including LDAC and aptX Adaptive. 18W fast charging support is also decent and Quick Charge 4+ ensures the handset plays nicely with third-party chargers, including USB Power Delivery plugs. Speaking of, battery life will easily last you all day thanks to the combination of a 4,000mAh battery and efficient hardware.

Unfortunately, the Axon 11 doesn’t get everything right. The display isn’t very accurate (color deltaE 4.65) and there’s a notable tint at wider viewing angles. It’s certainly not a deal-breaker, but it’s here that the phone’s price tag begins to tell. There’s also no fancy high refresh 90Hz or 120Hz mode.

What about the camera? 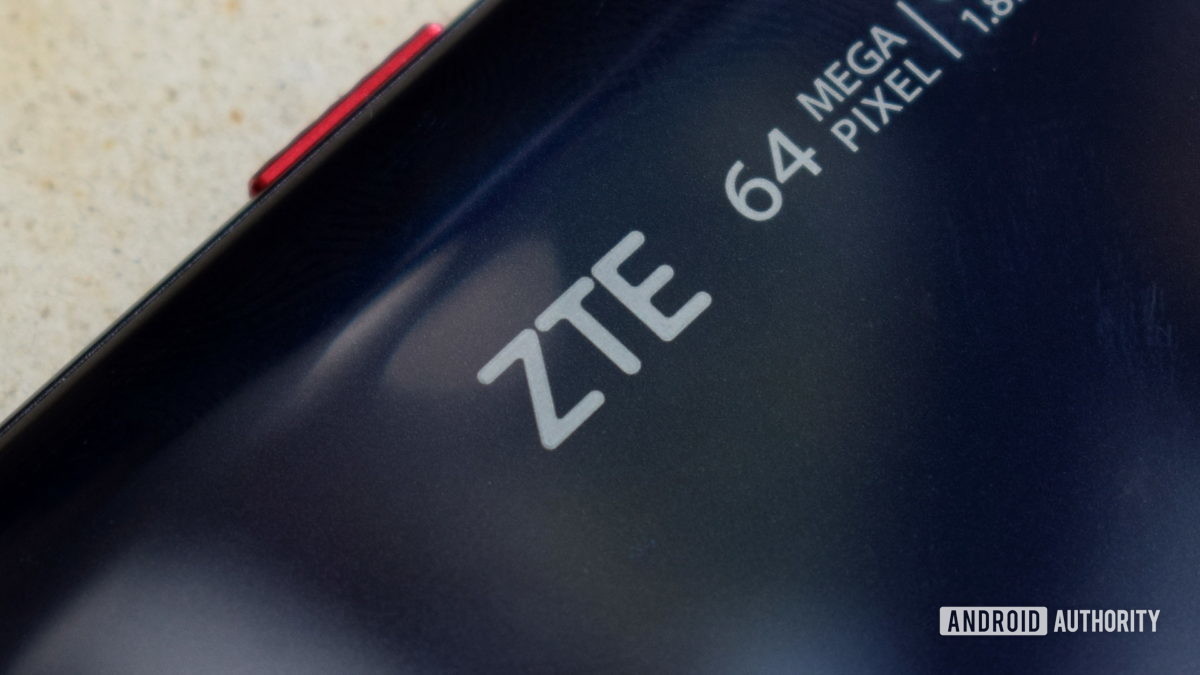 With a quad-camera onboard you might expect a highly flexible shooter. However, the ZTE Axon 11 features 2MP depth and 2MP macro cameras, leaving you with just regular and wide-angle lenses for most of your shots. Pictures from these two cameras are passable at full-frame, with okay-to-good exposure and colors. Images lack detail on crop and you’ll easily spot image distortion at the edge of the wide-angle lens.

There’s also the option to shoot at 64MP for more detail, but this mode has a serious problem. Images are massively underexposed even in bright daylight due to the tiny pixels and lack of HDR processing, so it’s impossible to take a good-looking shot. It’s a similar situation with the 2MP macro capture, which isn’t a high enough resolution for close up details and struggles with overexposure as well. The depth sensor assists with software bokeh accuracy somewhat, but edge detection and blur quality aren’t as good as top-tier cameras.

Another of the camera package’s selling points is 4K 60fps video capture, which you don’t normally find at this price point. In daylight, video capture looks okay. But image quality degrades quickly and substantially once the lights go down, rendering 1080p, let alone 4K60, pointless outside of perfect outdoor conditions.

Unfortunately, I wasn’t able to recover the samples from the phone before its accident so I can’t show you the results. But you’re not missing out on much. The camera is clearly an area ZTE cut costs and is a prime example of where two or even a single good camera would be preferable to four mediocre ones. 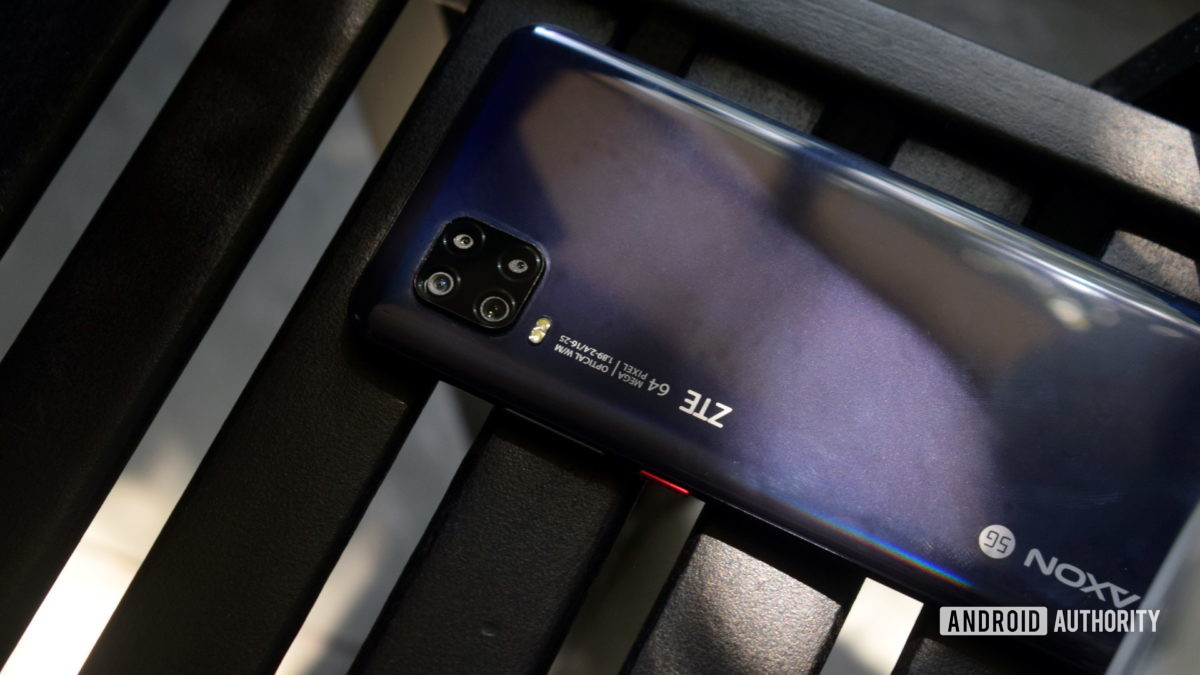 The Axon 11 5G originally launched in China for a bargain price of 2,698 yuan (~$379). The handset is now also on sale in Germany with a retail price of €600 (~$680). ZTE’s 5G phone for the West is sadly more expensive than it first appeared. The phone is destined for wider Europe, Mexico, and the Middle East later this year. The U.S. may have to wait until 2021, as ZTE has a few hardware tweaks in store for this market.

The ZTE Axon 11 5G has to make compromises at this price point, and there’s a distinct set of pros and cons to the handset. It’s certainly not a phone that will please everyone, but it does succeed at going above and beyond the industry’s mid-range staples.

For example, it’s more powerful than the popular Google Pixel 3a. The Axon 11 is also future-proofed with sub-6GHz 5G support, unlike the otherwise great, inexpensive Nokia 7.2 or Moto G series. Although you do have to pay significantly for those privileges and no matter how you slice it, the Axon 11’s camera package is disappointing. The cheaper $499 Poco F2 Pro does macro-photography so much better, has faster charging, and a better display too. The Samsung Galaxy A51 5G is also worth a look if you want something slightly cheaper than ZTE’s latest offering.

If you’re put off by a so-so display and below-average camera setup, then you’ll want to look elsewhere.

So should you buy the ZTE Axon 11 5G? Well, it certainly handles day-to-day tasks as well as any other phone. The little touches, like the in-display fingerprint scanner, aptX HD Bluetooth, and 5G support help the handset justify its price point. However, if you’re put off by a so-so display and below-average camera setup, then you’ll want to look elsewhere.

What Makes a Mac Better Computing Device for Your Business

A Guide for New iPhone Buyers is Here!

Germany is again not supplying nuclear fuel for Doel: “That is possible … (Beveren-Waas)

Paint.Net gets an update to variation 4.2.15 with bug fixes – it-blogger.web