“Young people tell me: In jail I’ll have the Xbox, my friends, I’ll make contacts. I answer them: No, in jail, your friend will be released in a few months, you will be alone, you will end up being someone’s soldier, it will be long and outside you will be even more alone. Arbi Madhaj, 41, knows what he’s talking about. In March 2020, this French-Albanian was released after serving a seven-and-a-half-year sentence for drug trafficking.

During his sentence, he spent a year in solitary confinement for having established a relationship with a supervisor. “The time was long,” Arbi sighs. One day, I took 50 sheets of paper, wrote a misdemeanor on each one. Then I got a four color pen and blank calendar from my psychiatrist, I made game boxes. “Boredom will be born” RPS ” (Editor’s note: to find in https://rps-lejeu.fr – 64.90 euros, from 2 to 6 players, 1 hour per game) for an additional remission of the sentence, a board game based on the French prison system.

Once it is unusual, the game begins in the prison space. Each player puts himself in the shoes of a prisoner, draws a “foul” card and receives the corresponding sentence, which sets his release date. As he progresses on the set, he lives at the rhythm of the prison: walking, muscle building, psychic appointment … If all goes well, he receives reduced sentences. On the other hand, if he commits fouls (possession of a telephone, narcotics …) he extends it. “The player faces his responsibilities,” explains Arbi.

On parole until September 2021, Arbi turns his concept into a reintegration project. After a few months, the game is successful: the structures for the judicial protection of youth (PJJ), which take in young offenders, demand it. Arbi goes through the priority neighborhoods of Rennes, which he knows well, to sell it to associations.

The game is exported to Switzerland, Luxembourg and Belgium.

“He managed to keep the kids focused for five hours, which is a great achievement,” says a PJJ educator. They got caught up in the game, there’s even one who tried to cheat to get out of jail early! These 16 or 17-year-olds generally cannot hold themselves in a chair. There, the game made them read, count and even write. Arbi also talks about his journey, what led to his arrest and how he got out of it. “I tell them: What are you going to do in jail? Climb the stupid hierarchy and take nine years, like me, and not watch your kids grow up? »

In mid-November, through Florian Bachelier, his deputy from Ille-et-Villaine (LREM), the Rennais was received at the Ministry of Justice. He even offers a box in his own hands to Eric Dupond-Moretti, crossed in the corner of a hall. “Now they offer me prevention games in the ministry!” The Keeper of the Seals, whom Arbi was extremely proud to know, would have grumbled.

When contacted, the Chancellery salutes the “dynamism, will and imagination” of Rennes and the “quality” of the game, but does not plan to distribute it to the PJJ structures, considering that “it is not considered. as a tool for educational work ”. 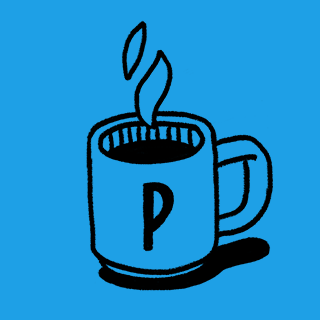 Newsletter The essentials of the morning

A tour of the novelties to start the day

For its creator, the game could also serve as a point of reference for the new inmates of the “new” neighborhood. “When you disembark, we give you a savings book, you see your integration and probation counselor for 15 minutes and voila,” Arbi laments. No one talks to you about sentence reductions or warns you that a disciplinary offense could lengthen it. “

The Rennais sold the first 100 boxes and reprinted 300. “I have orders from the Mâcon town hall, the national PJJ school and even Ehpad, please welcome Arbi. RPS is exported to Switzerland, Luxembourg and Belgium, while the Penal Code is different. Arbi wants to place an imprisoned “ambassador” in each region to promote the game. Therefore, he hopes to help others to reintegrate.