Nvidia Reflex is one of the new technologies introduced by the brand for its GeForce RTX 3000. On paper, it must minimize latency to allow gamers to perform better in competitive games. We put it to the test. 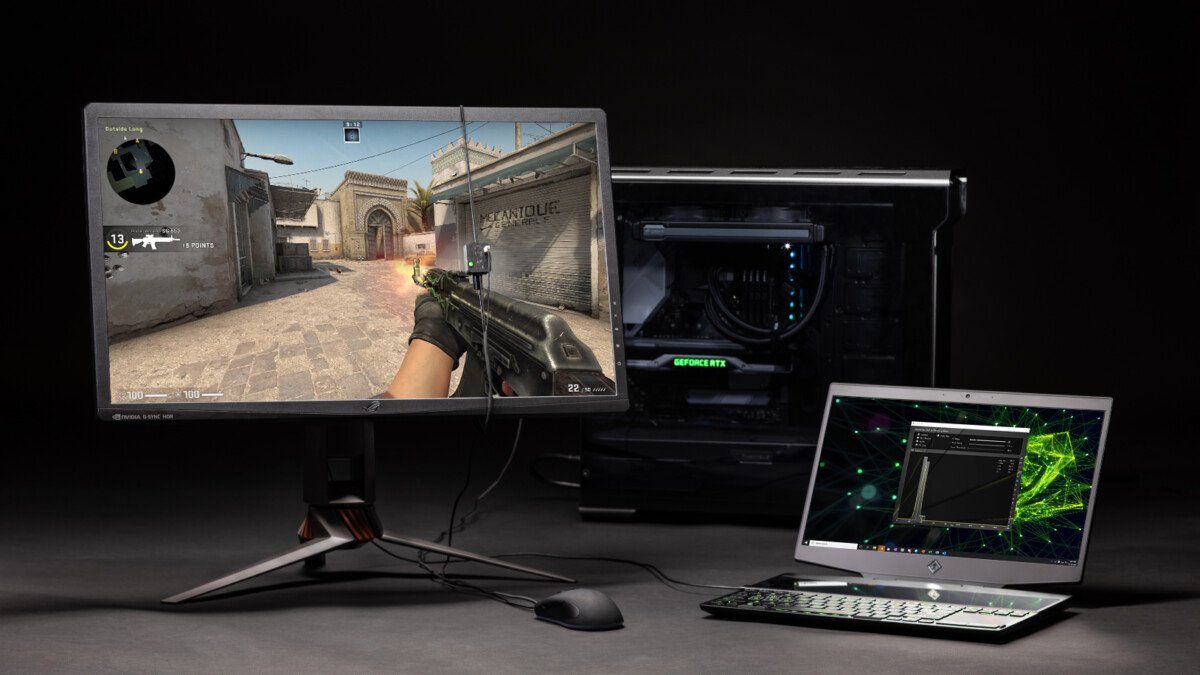 If you have ever played an online game, and also with a system of competition between players, you know that latency is a very important factor to take into account. It can take many forms and builds from one end of the chain to the other: server latency, internet connection, mouse, or even screen latency.

The more you want to play based solely on your personal performance, the more you have to minimize this latency. Remove the delay from the equation.

Never the last to come up with new technologies around gaming, Nvidia introduced its Nvidia Reflex feature with the GeForce RTX 3000, but it is backward compatible with the 20, 10 and 9 series. Time to take a closer look to this. technology.

What is Nvidia Reflex?

So Nvidia is attacking what it knows well: the display channel. With Nvidia Reflex technology, the goal is to reduce system latency between the processor, the graphics card, and the screen that will display the game. 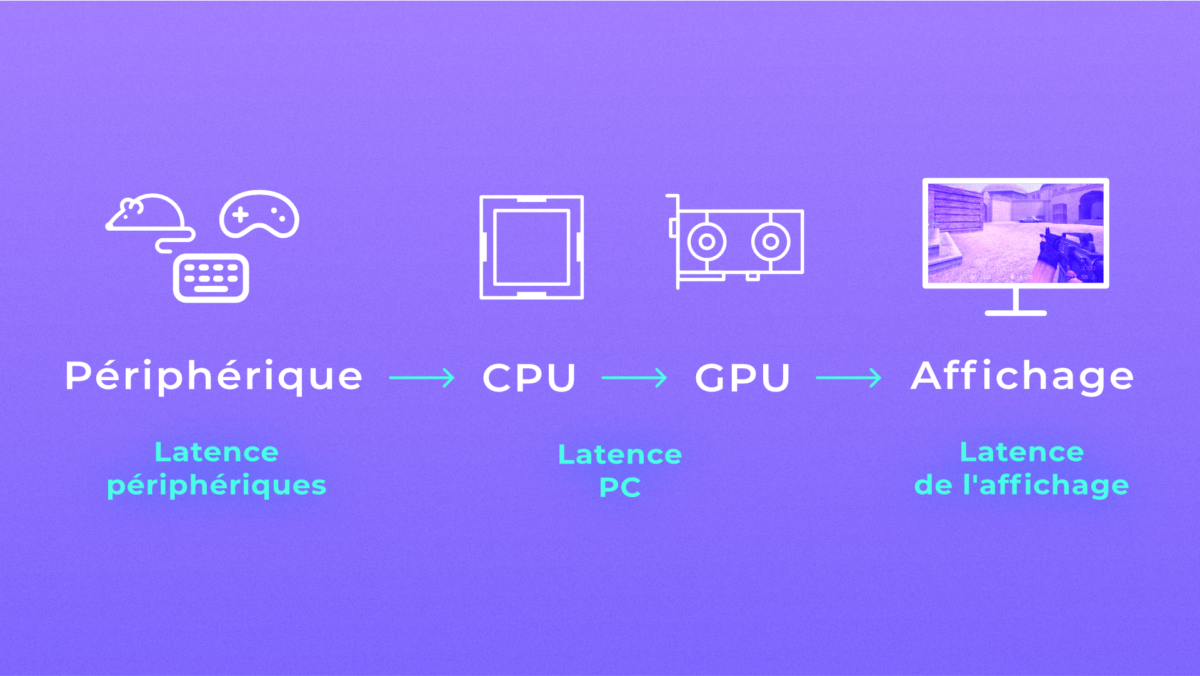 From mouse to pixels, latency comes from multiple sources

More specifically, Nvidia Reflex is a set of software technologies to reduce this latency and allow better synchronization between the processor and the GPU when rendering the image. Unfortunately, this goes through an API that game developers will have to adopt. This means that the technology is limited to a list of compatible games like Apex Legends, Overwatch, Valorant, Fortnite, or even Destiny 2, to name a few.

In detail, Nvidia Reflex is in fact based on the elimination of the queue between the processor and the GPU. When the player performs an action in a game, for example shooting another player, the processor will calculate the consequences of this action (was he correct? How many life points did he lose? Should he show now?) And therefore he will be able to ask to the GPU to calculate a new image taking into account these consequences (decrease the life bar, show a bullet impact, etc.). In a fairly graphics greedy game, where the GPU will therefore be the limiting factor in performance, it is possible that the processor does its calculations faster than the GPU and therefore fills a ‘queue’ for the GPU, creating system latency.

With Reflex, Nvidia wants to synchronize everything so that each image is calculated by the GPU as soon as the processor sends the data, and it itself begins its calculations as soon as the user has taken measurements. In this, Reflex approaches the principle of performance limiting software to ensure higher consistency and therefore lower latency. In fact, this also limits the greed of games in terms of processor resources.

And the Reflex On + Boost option?

In games that offer Nvidia Reflex, there are three possible settings: off, to deactivate Reflex, on to activate it, and “On + Boost”. This last option will increase the operating frequency of the graphics card to get a new image to send to the screen as often as possible. This is done at the cost of increasing electricity consumption. This setting is useful for scenarios where the speed of the game is limited by the processor. Without the boost mode, in these “CPU tied” cases, the graphics card would naturally drop its clock rate as it is not fully utilized. This could cause you to lose your synchronization with the screen and therefore create latency.

How do we test Nvidia Reflex?

Testing the promises of Nvidia Reflex is not a very easy thing to do. In fact, it is necessary to measure the response time from an action, such as a mouse click, to the reaction on the screen. We are talking about a time of the order of a few milliseconds and therefore you need a camera that runs at very high speed to be able to measure the difference in display. 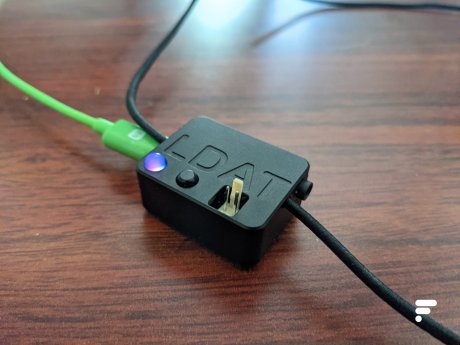 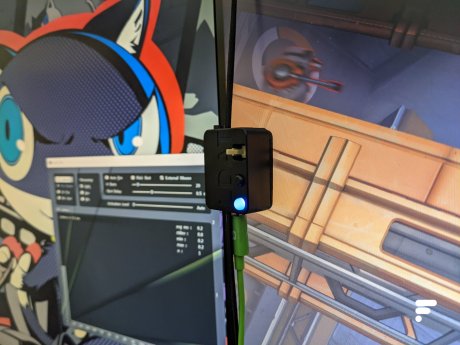 Nvidia loaned us a device designed in-house and loaned to the press for this: the Latency Display Analysis Tool, or LDAT for short. It is simply a small sensor that we will place in front of the screen and connect via USB to the system to take measurements. The box also incorporates a small mouse button to make sure you start the measurement as soon as the click is detected. This device works to measure latency on any screen and any game, it would be interesting to use it to measure the latency of very high frequency game screens, or to compare the latency offered by different cloud services. But for now, let’s start by testing Nvidia Reflex.

For this test, here is the configuration used:

In each tested game and for each option (Reflex on or off), we performed 100 measurements to derive interesting and relevant data.

As we explained above, Nvidia Reflex should make sense when the GPU is in high demand. Overwatch is a very well optimized and not very greedy game, which may therefore surprise here for this test, but it is also a game engine that allows you to go very high in display speed, up to 400 images per second. So we tested this game twice, first with the graphics settings on max and with the 200% rendering option (which forces the GPU to render at 5120 x 2880 pixels) to push the card to its limits. The second test session was run with the low graphics quality setting, to see how Nvidia Reflex performs in a game where the CPU and GPU are not used much. 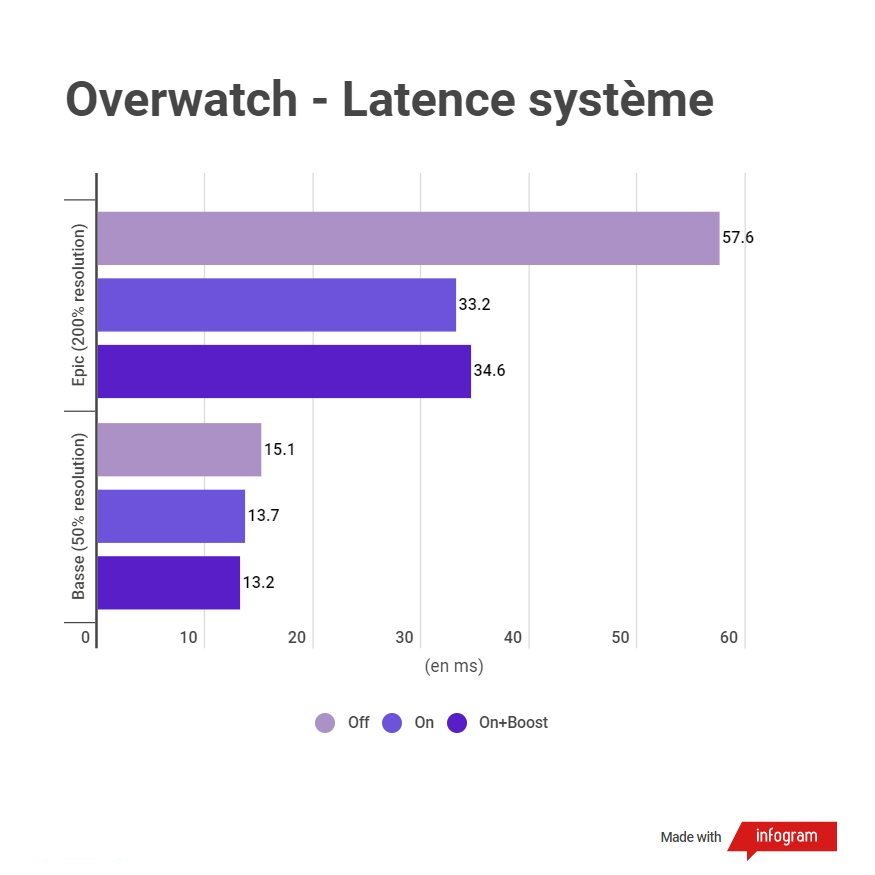 This test shows that Nvidia Reflex demonstrates well when resorting to the GPU. In a scenario like this, we saw the average latency drop from 57.6ms to just 33.2ms, which is particularly noticeable at high level gaming. Latency was noticeably lower with this setting when enabling Nvidia Reflex. Which allows you to aim with more precision in a more pleasant way.

On the contrary, and as one might suppose, a scenario where the GPU is not requested, with a low graphic quality, does not allow to significantly reduce latency with Nvidia Reflex. The gains from activating the option are negligible in this case.

The most popular game in 2021 manages the latest technologies present in Nvidia graphics cards: ray tracing, DLSS and Nvidia Reflex. So we did a first test session with maximum graphics settings including ray tracing options and with DLSS enabled in performance mode. We also repeated the test with the graphics settings at minimum. 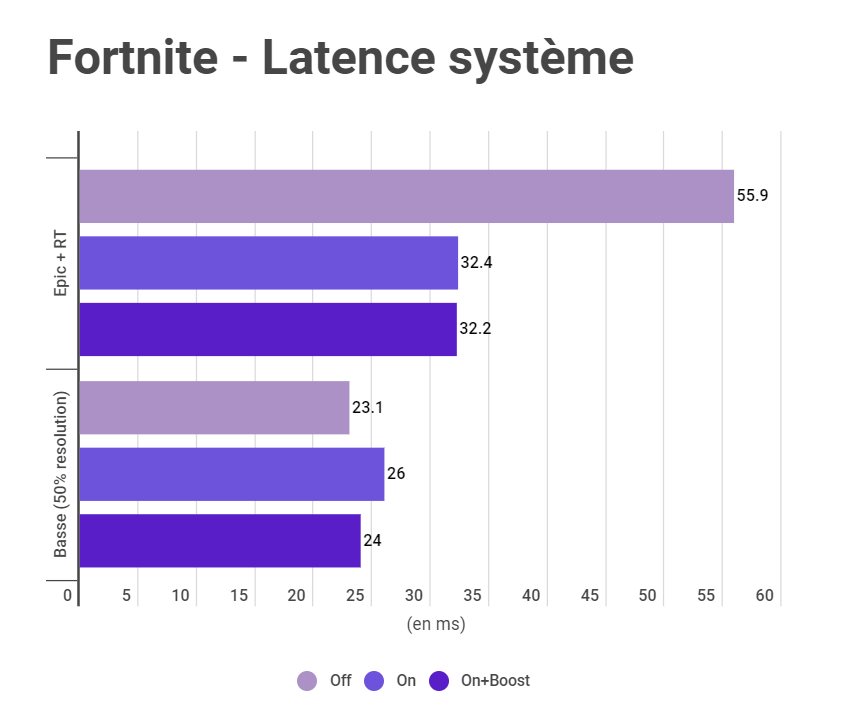 Here again, the first scenario shows a very clear gain when activating Nvidia Reflex. We went from 56 ms to just 32 ms, which again makes the game more enjoyable in action. It is in these types of scenarios where we advise activating Nvidia Reflex. Especially since the activation of the option is done without affecting the performance of the game, so there is no reason not to do without.

The story is not the same in our test with the parameters to the minimum. We can see that in this case Nvidia Reflex even adds a bit of system latency, going from 23 to 26 ms without boost mode, and to 24 ms with this option enabled. However, these are insignificant differences that are difficult to detect with the naked eye in the game.

As we have seen, Nvidia Reflex is illustrated in quite specific scenarios: those in which the graphics card is pushed to the limit and can no longer guarantee minimal rendering latency. It can be a greedy game, a PC with a low-end graphics card, or even a very high-definition game (QHD + or 4K). Ironically, this means that Nvidia Reflex may be less attractive on Nvidia’s high-end graphics cards, as they are less likely to be limited. In all these cases, activating Nvidia Reflex is a good idea. This is done at no cost to performance and significantly reduces latency. You can feel the difference in the game.

In other cases, activating Nvidia Reflex does not bring immediate benefits. We have seen it in our gaming set with the graphics settings to the minimum. But that means playing in poor graphical conditions: drooling textures, a very small display range, and less elaborate animations. If we put our two scenarios end-to-end, we understand that Nvidia Reflex will also allow adjusting the graphics parameters without having a PC with a high-end graphics card. In fact, we can find a balance between performance, reduced latency with Nvidia Reflex and higher graphics settings. This also allows uploading in definition without increasing latency, always for the same reasons and we can imagine playing in 1440p or 4K on a more limited PC.

I was quite skeptical about Nvidia Reflex prior to this test, but I must admit that it is an interesting new pawn in the Nvidia software ecosystem alongside software like Nvidia Broadcast or technologies like DLSS. The only notable downside to Reflex is ultimately asking game developers for support. This will necessarily limit the number of games that the feature supports. 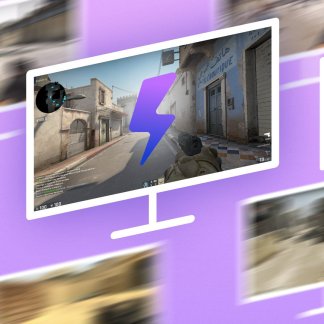 Are you a gamer? So you probably know that latency is the staunch enemy, putting us one step behind our opponents and impacting the game experience just as much as immersion….
read more

READ  Lego built a 2,600-piece reproduction of taking part in Mario on the NES