In 2003, when Black Isle Studios was experiencing great difficulties and was about to close, five employees decided to undertake a new project. On June 12, 2003, Feargus Urquhart, accompanied by Chris Avellone, Chris Parker, Darren Monahan and Chris Jones, announced the creation of Obsidian Entertainment. So there are seven members of the team, including the five founders, and they will have to demonstrate to the whole world their ability to create great games. Because despite the accumulated experience in Fallout 2 or Baldur’s Gate I and II, the renowned developers who founded the studio are starting from scratch.

With finances at its lowest ebb, the company cannot embark on a project without an editor to back it up. This is how Obsidian Entertainment’s first year of existence turns out to be a long battlefield to convince partners to trust them. EA, Ubisoft or Take-Two slam the door in their faces and reject their plans. However, in late 2003, in September, LucasArts had the bright idea to contact Feargus Urquhart. In fact, the publisher owns the rights to the Star Wars license and the partnership that linked it to BioWare has just ended. The Obsidian team, who worked with BioWare several times when it was still operating under the Black Isle colors, appears to be a credible solution to take on.

After presenting a concept that does not convince Simon Jeffrey, the latter asks them to make a sequel to Star Wars: Knights of the Old Republic. Obsidian agrees and then has 15 months to create what will become Star Wars Knights of the Old Republic II: The Sith Lords. However, the title will eventually be postponed and will be released in 2004, stripped of some features initially desired by development teams. KOTOR II is a critical and commercial success that propels Obsidian Entertainment to the spotlight. 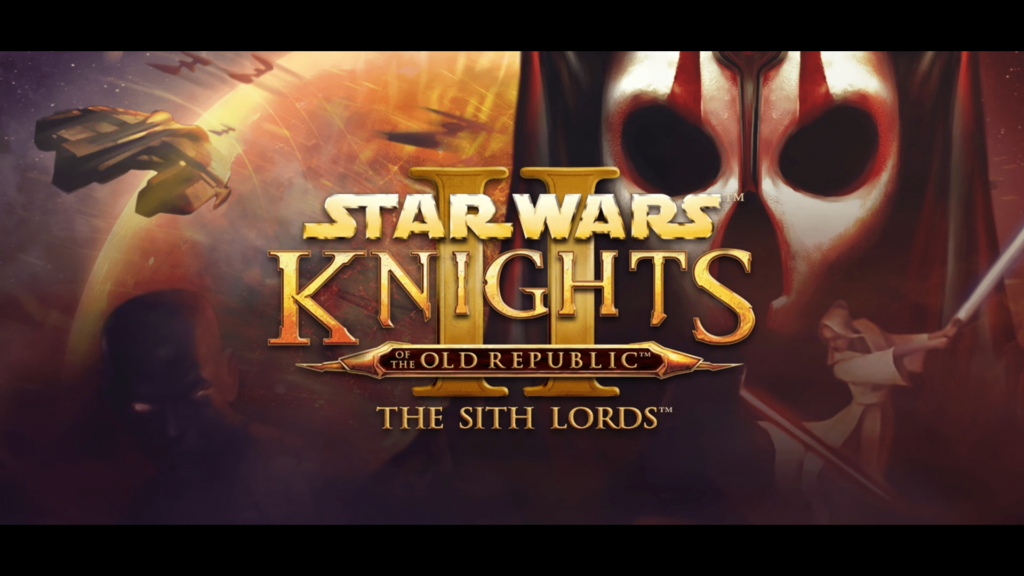 In 2005, the Irvine studio began development of its second project. This begins in July after several months of sharing with Atari. In fact, the American firm owns the rights to Neverwinter Nights and wants to offer the public a sequel with Obsidian at the helm. As the game was created, the teams grew and the 10 developers who started development with Chris Avellone and Darren Monahan grew to 50 a year later. Neverwinter Nights was launched in October 2006 and was very well received. Outcome? Two expansions were released in 2007 and 2008: Mask of the Betrayer and Storm of Zehir.

A difficult collaboration with Sega

In 2006, when the development of Neverwinter Nights 2 ended, Obsidian Entertainment was already immersed in a new project: Alpha Protocol. The latter is a project in collaboration with Sega who decides to fund the project and publish it. The title aims to mix RPG components with infiltration mechanics.

Around the same time, different publishers approached Feargus Urquhart. The first of them turns out to be Electronic Arts. The American publisher wants to hire Obsidian for an RPG project like The Elder Scrolls IV: Oblivion. Another publisher offers the studio to make an RPG in a fantasy universe. Finally, the last editor is none other than Sega. Along with the development of Alpha Protocol, the Japanese firm wants to launch a new game under the Alien license. It is this project that Obsidian chose which then plunged into the production of an RPG called Aliens: Crucible. 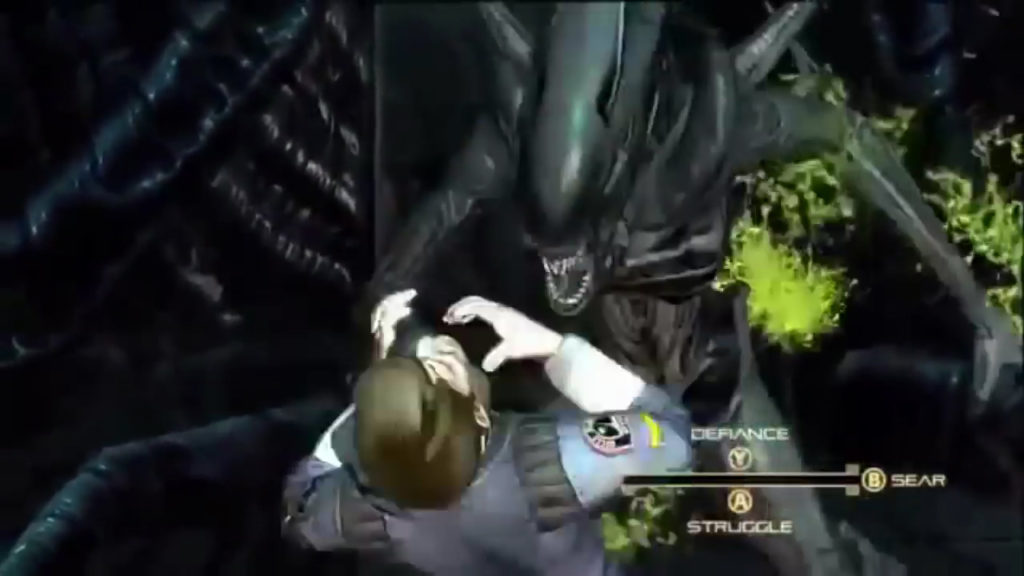 However, the developments in both games are chaotic to say the least. Sega and Obsidian struggle to share a common vision and lack communication. In 2009, a prototype of Aliens: Crucible was shipped to Sega. A few days later, the firm contacted Feargus Urquhart and informed him of the cancellation of the project. Then the prototype was not even consulted and in June the project shutdown was made official. On the Alpha Protocol side, things are hardly going better, as evidenced by Sega’s decision to remove various elements from production even as development is nearing its end. After 4 years of development and many delays, Alpha Protocol was released in 2010 on Xbox 360, PS3, and PC. Unfortunately, the reception is very mixed and the game will not achieve its expected objectives.

In 2009, Atari approached Obsidian again and wanted to relaunch the Baldur’s Gate license. Relations last for several months without, however, leading to an agreement between the two parties. Discussions will also quickly end as Atari Europe becomes the property of Namco Bandai shortly thereafter, who does not wish to continue with previously started projects.

The following year, in 2010, Red Eagle Games knocked on the Irvine developers’ door. An adaptation of the literary work La Roue du Temps was then discussed, but quickly fell into the water for lack of means. In fact, Red Eagle Games is unable to obtain funding for the development of the game and therefore puts the project in a drawer.

But that hardly shocks Obsidian, who is secretly developing a new work in a hit series: Fallout New Vegas. In 2008, after the release of Fallout 3, Bethesda wanted to focus on The Elder Scrolls franchise and hired an outside studio to develop a new Fallout game. Obsidian is therefore the ideal candidate, as its founders could already work on the license when they worked at Black Isle Studios. In a few weeks, a concept is assembled and presented to Bethesda who immediately accepts the project. Development began in the first quarter of 2009, and within 18 months, Obsidian created Fallout New Vegas. In October 2010 the title came out and received praise from the press and players. 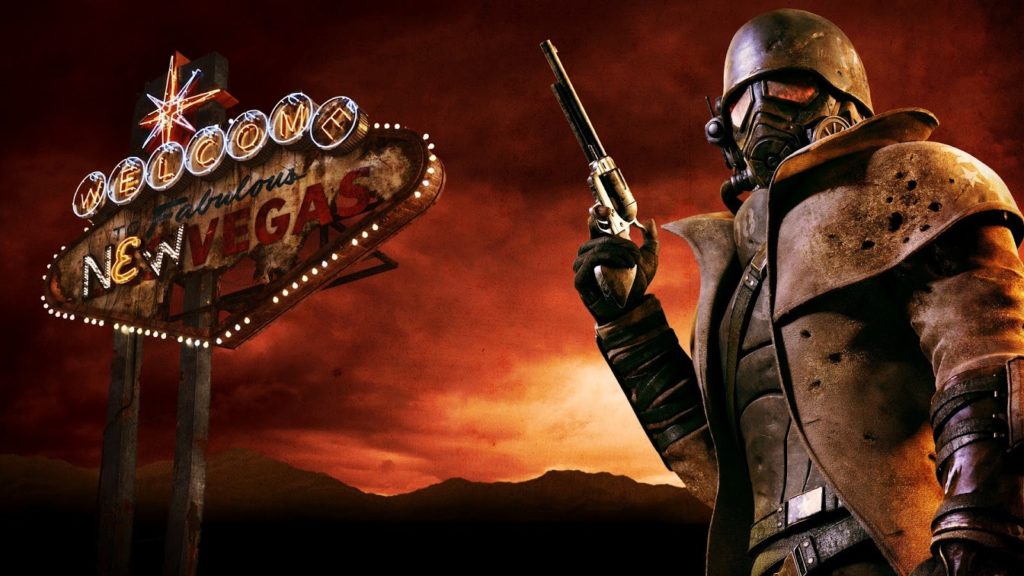 However qualitative the game is, it is again marked by some technical errors. Some users report major crash issues and journalists point to various technical concerns. As a result, the metacritical rating is capped at 84%, while the contract signed with Bethesda provides for the payment of bonuses if and only if the rating of… 85% is achieved. While Fallout: New Vegas is a worldwide hit, the title will be the first milestone to be nearly missed.

During the development of Fallout: New Vegas, Obsidian Entertainment is embarking on creating its internal engine. Called Onyx, it will be used for the company’s upcoming projects to further the studio’s ambitions. The first game to take advantage of this will be Dungeon Siege III. The title was released in 2011 through Square-Enix and was only entitled to a rather tepid reception. But more than the game and its mechanics, Obsidian shows with this production that it is capable of commercializing well-finished games. There are no technical problems to mention, a first for the company.

It was around this time that the studio was working on a third-person open-world game project. Called Stormlands, the latter is, according to various rumors, planned for Xbox One. Unfortunately, Microsoft Studios, the publisher of the title, canceled the game in 2012. Between 20 and 30 people were laid off at Obsidian Entertainment, which then entered a very difficult.

At the same time, the company is completing the development of South Park: The Stick of Truth. Started in 2009, the game has been in the works for a few years and will finally launch in 2014 after several delays. But behind the scenes, finances are very low and the future is uncertain. Bonuses not received during the Fallout: News Vegas launch, the project abandoned by Microsoft, and insufficient resources appear to be drawing the end of the study. However, in 2011, an unexpected event will offer a key to come out in Obsidian’s crowdfunding campaign: Double Fine Adventure.

At Obsidian Entertainment, company executives are divided over creating a Kickstarter. But the success of Double Fine, which later raised more than $ 3 million for Double Fine Adventures, gave the Irvine studio the boost it needed. In 2012, the studio launched a crowdfunding campaign on Kickstarter. The goal? Offers players a spiritual successor to Baldur’s Gate. The “Eternity Project” then points to a financing of 1.1 million dollars. In 1 month, the campaign raised almost $ 4 million and at that time it became the absolute record for a video game on the Kickstarter platform.

Building on this success and significant funding, Obsidian embarked on the development of what would become Pillars of Eternity. After 3 years of development, the RPG in isometric view is marketed and proves to be a critical and commercial success. A few months later, Obsidian released an expansion called The White March. The first part was published in August 2015 and the second in February 2016. 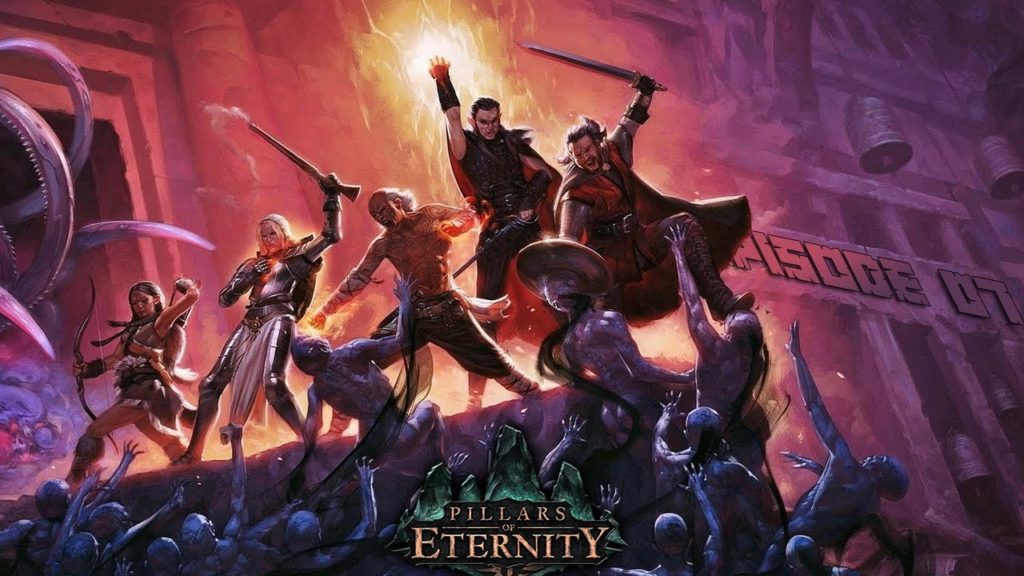 The release of Pillars of Eternity also coincides with the departure of a historical character from the studio. Chris Avellone announced his departure from the company in June 2015. The co-founder left Obsidian to become independent and integrate different teams in the projects.

Finally, if Pillars of Eternity represents the most important project of the Irvine teams, the developers are working in parallel on other productions. They have been working since 2013 on the localization of Skyforge, a Russian MMORPG, and since 2014 on a mobile card game: Pathfinder Adventures.