Google announced that it is in the process of preparing and testing its new operating system Android 12, which reported that it will provide a series of advantages that were revealed in recent months, after the launch of the first preliminary version of the system last March, so many smartphone users are waiting for the date and launch of the new Android 12. and learn more about the upcoming system.

Android 12’s third feature: a basic “split screen” setting: The “split screen” option has been in Android for a few years, but with Android 12 the feature will give you more control over split screen applications, and the feature it will now allow you to change the centers of open tabs by double clicking on the center.

Android 12 feature fourth: Updates regarding the Screenshot feature: Android 12 offers some improvements when taking a screenshot, where you can edit the screenshot by typing text in it with various fonts and colors, adding squiggles and changing your sizes with ease with just one click Click the button to zoom in. 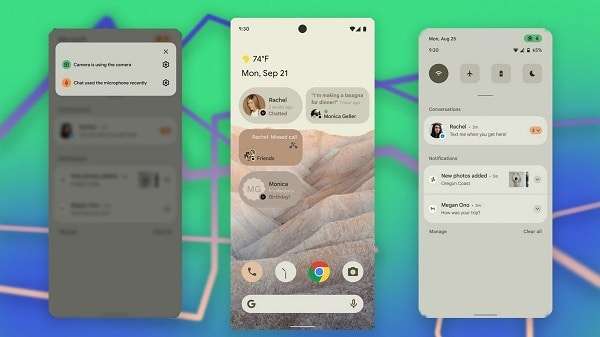 List of phones that will receive the Android 12 update

The company has not yet announced the specific unified to launch its new flagship Android 12 operating system, but a leak reported that the company is likely to launch the stable version of Android 12 next September.