As Samsung Electronics announced the new Galaxy S21 on the 15th, the name ‘Genesis’ came up with surprise. ““We will add digital key functions to the Galaxy starting in August.” Together with Audi, BMW and Ford, they introduced Genesis as their first partner. ‘It symbolically represents the trend of “electronic equipment in cars”.

The digital key is a feature that allows you to start the engine and even drive with a smartphone without a physical key. When you hold your smartphone to a vehicle door, the door opens by itself. Apple first announced the same feature under the name ‘Kha Key’ at the Apple Developers Contest (WWDC) in June, ahead of Samsung. The keys on the 5-series BMW midsize sedan were digitally mounted on the iPhone’s ‘Wallet’ app.
Hyundai Motor Company will also unveil key digital features for iPhone (iOS) similar to BMW later this year. Page B3>This is because Hyundai Motor Company recently acquired some APIs related to digital keys from Apple. API is a computer command system that connects the operating system and applications (applications), and because Apple places a great emphasis on security, access to the API is in principle denied unless there is a special case.
In fact, Hyundai Motor Company developed an application called “ Hyundai Digital Key ” in 2019 for other smartphones besides the iPhone and provided it to users. This is because Google, which developed the Android operating system (OS), is adopting an open API policy. In addition to Hyundai, Kia Digital Key and Genesis Digital Key can be downloaded from Google Play Store for Hyundai based models. Starting with the new Sonata, it has been applied to approximately 130,000 Hyundai-affiliated vehicles (Hyundai, Kia and Genesis).

A Hyundai Motor official said: “The digital key is being developed in accordance with the Car Connectivity Consortium (CCC) standard.” CCC is an international association that establishes technical standards that allow ▶ locking and unlocking vehicles, starting engines, and sharing remote keys with smartphones and smart watches. Some 120 companies are participating, including not only Hyundai Motor, but also telecommunications companies such as SK Telecom and Deutsche Telecom, and mobile phone companies such as Apple and Samsung Electronics.

Combining the latest wireless technologies like UWB in cars

In the case of Samsung Electronics, it has been decided to apply the latest wireless communication technology, UWB (Ultra wide band) to the digital keys. UWB is known to have much higher distance and direction accuracy compared to existing Bluetooth or Near Field Communication (NFC). In fact, Samsung Electronics introduced the ‘Find My Car’ feature using UWB in Galaxy Unpack on this day. (See photo below) 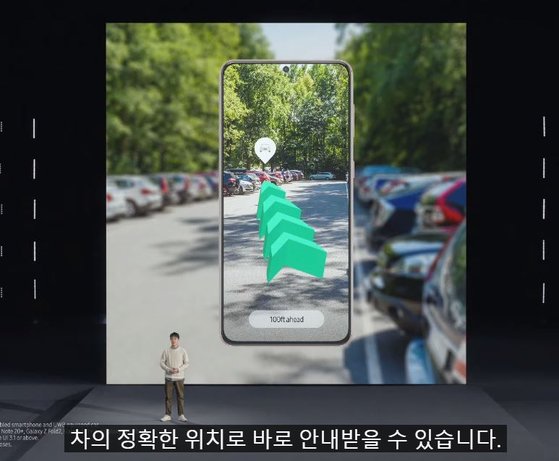 Apple also added UWB technology to BMW’s iX electric car. With the so-called ‘Digital Key Plus’, the door opens by itself even if you put the iPhone in your pocket or bag without putting your smartphone on the car door handle.

See also  Performer Evgenya Redko: "I feel that with each song or project I demand more of myself"