ASUS is preparing to launch the ZenFone 8 series of smartphones, one that according to current information appears to consist of three models: ASUS ZenFone 8, ZenFone 8 Flip and ZenFone 8 Mini.

The last device that we will refer to in this article, a small, compact, but very powerful phone. ASUS ZenFone 8 Mini appeared in GeekBench benchmark test reports, and based on the details provided by these reports, as well as with the help of previous unofficial sources, we can present some of the most important hardware specifications of the smartphone:

If all this information is confirmed, ASUS ZenFone 8 Mini would become the smallest flagship in the Android world, a position it currently occupies Samsung Galaxy S21 with 6.2 inch screen. Sony also recently released the model Sony Xperia 5 III with a 6.1-inch screen, but it will be commercially available starting this summer. 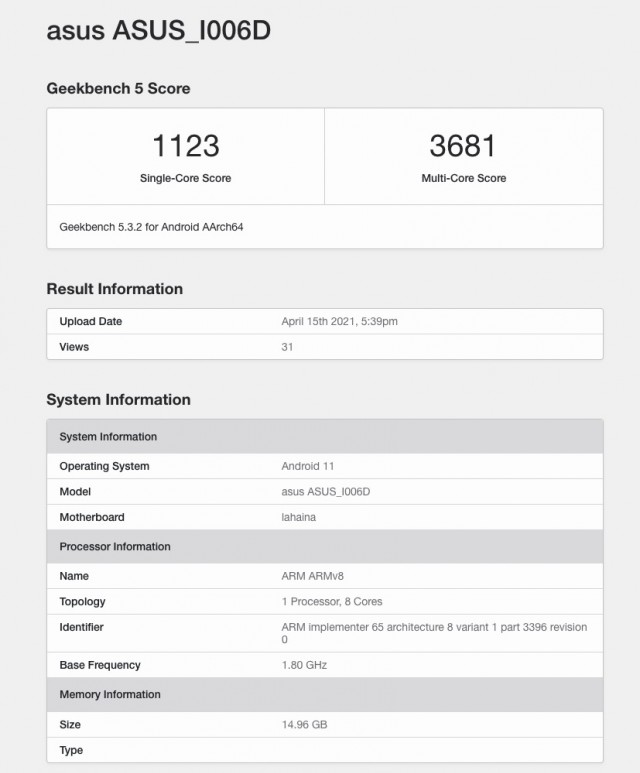