Hello Its Brawliday. Getaway. It’s Brawl Pass Season 4. there’s no time for songs because we have Brawl Talk. Let’s go! HOLIDAY GETAWAY! Brawl Pass Season 4 is called Holiday Getaway. This takes me to the Chromatic Brawler Lou. Lou is the newest Brawler. He’s the third member of Gale and Mr. P’s trio. He is a happy robotic snow cone machine. For his main attack, he throws Snow Cones.

Every time he hits the enemy, the enemy gets a Snow Cone Mark. If the enemy gets a certain number of Snow Cone Marks, they are frozen for some seconds. His Super throws cold syrup all over the ground that makes it super slippery for enemy Brawlers. There are two important changes for Chromatic Brawlers. Now you can only find them in boxes when you hit tier 30 in the Pass. Also when you find it, it affects your drop rate chances like any other Brawler. And don’t forget, collect your Season 1 rewards before Season 4 starts. Otherwise, we’ll auto-collect them for you. 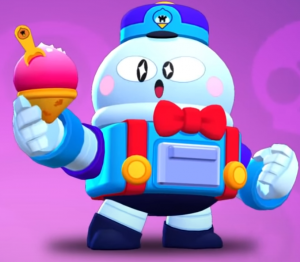 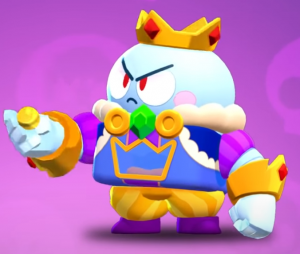 For the Brawl Pass skins, we are getting Bellhop Mike, who will be helping Mr. P around his hotel. And we’ve got an exclusive skin for Lou: King Lou. And the cutest skins ever are coming back with our partnership with Line Friends. We have Sally Nani, Choco Piper and Cony Max. True Gold and True Silver skins are getting more… Bling! Don’t forget to get Challenger Colt and the other World Finals offers to get us closer to our goal, which is a $1 million prize pool. And everyone who gets those offers will get that exclusive Pin. Eight teams will be battling it out to become the one Brawl Stars World Champion. Check the description below for the link. You do not want to miss it. Tune in on November 21 and 22. And now let’s talk a bit about the Map Maker. It’s still in beta, but we’ve got a lot of new stuff coming. Now you can submit your maps for the world to play.

READ  Rumor: PS4 save may not work on upgraded PS5 games

After it gets approved by your friends, it goes to a public map pool where everyone can play your map. And after they play it, they can vote thumbs up or down. The best map of the day will be available for 24 hours, so everyone can play. That’s right. Coming in this update, with the Map Maker, we will have two new slots.

The first is the test slot, where you can try out and rate maps players submitted from across the world. In the second, we’ll pick a daily winner that got the very best ratings, and you can play it for trophies. We have been listening to all of your suggestions for the Map Maker and are working as fast as we can to implement them. Coming in this update, we will be adding Bounty and Heist, in addition, you’ll be able to use jump pads and teleporters. And, as always, thank you for watching. And don’t forget to subscribe to our channel. And we will see you in December for Brawlidays. Brawliday. Getaway! It’s Brawl Pass Season 4! Let’s go! I think that’s a good one.