Brawl Stars Season 7 Jurassic Splash has been announced with the new Brawl Talk and it’s time to have my say on what I think of the next update.

WOOOOOOW the new update is coming, probably a matter of days, and with the new update there will be two new brawlers, a chromatic and an epic, 30 new skins, 3 challenges on brawl stars, 3 new game modes, 1 rework of an old one mode and important news about KO.

Obviously we will have a new PASS, JURASSIC SPLASH season, set in the Starr Park fast speeds. But wait, let’s take a step back and begin to slowly comment on everything that will arrive in the next update, maybe we divide this article into “NEWS” and “OBVIOUS THINGS” to understand what the novelties were actually introduced on Brawl Stars and which ones instead are the usual things that come to Brawl Stars.

The first obvious thing coming to Brawl Stars in the next update is the season 7 of Brawl Stars, a new setting (very beautiful in my opinion) in the Jurassic summer world of Starr Park, and will be called Jurassic Splash. The costs and rewards of the new pass are not known yet, so I can’t say anything about this.

New Skins, perhaps a little too many

Since my earliest articles, I’ve always been against sprawling game shopping for two reasons:

An exception can be made for SKINs, but not in an exaggerated way. Shooting a skin every now and then is very nice, having new skins to show off on your favorite brawler is very nice and seeing so many coming in the next update is great.

READ  Pokémon Unite Change, how to down load and put in the recreation? - Breakfast

Only these skins are about 20, at a cost of gems, and 2 with a cost in coins. And this is where we start badly already, adding 24 new skins that in the end I will never shopper what sense does it make? We want more gems in Star Points or through the Walk Reward of Trophies and Passes.

Had they been skins with a mix of football jerseys from the top international teams then, perhaps, there would be (perhaps with Milan, Juve, Real Madrid, Boca Juniors, LA Galaxy, Barcelona etc. etc.). But inserting all these skins, which if all goes well will only be shopped in part, how can it entice you to buy skins?

New skin for Power League, that of Jacky jet ski which is very beautiful and fits as a skin on Brawl Stars, also because it can be redeemed with Stellar Points. 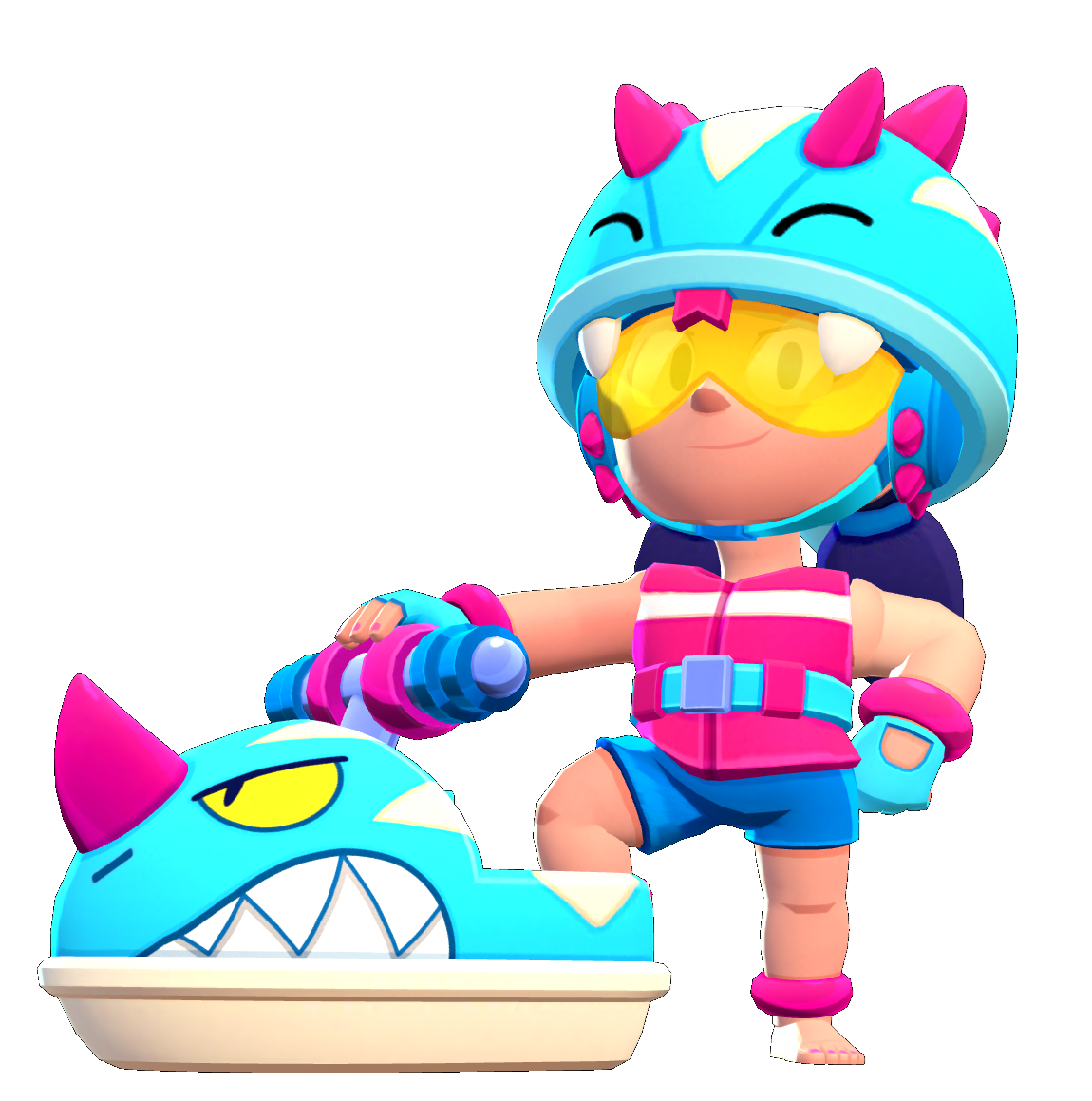 I personally am a player who rarely looks at the skins in a brawl talk, I see them appreciates them and ends there, because I already know that I will never buy them. So on a global level of the new update, this thing doesn’t put me any HYPE.

The skin for Barry Megacassa on the 17th but it had already been announced on Twitter these days, so it should be included among the obvious things. 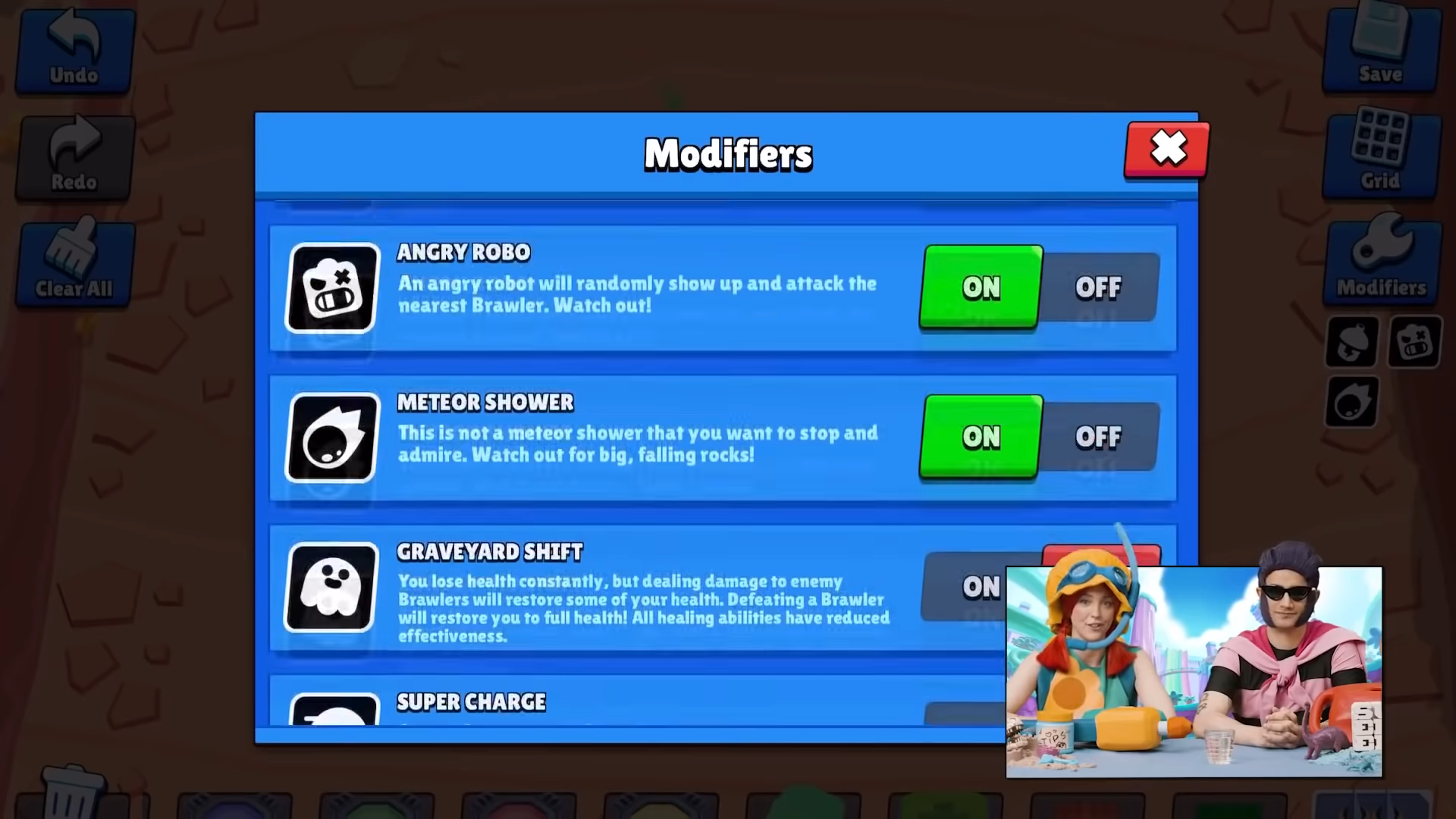 Granted the arrival of the new chromatic brawler, his name is BUZZ and he is a lifeguard brawler of the Velocirapide that attacks closely and has a very interesting mechanic, like an opposite version of Eugenio.

To know all the details of the new brawler, I invite you to look at mine Brawl Talk in italiano. 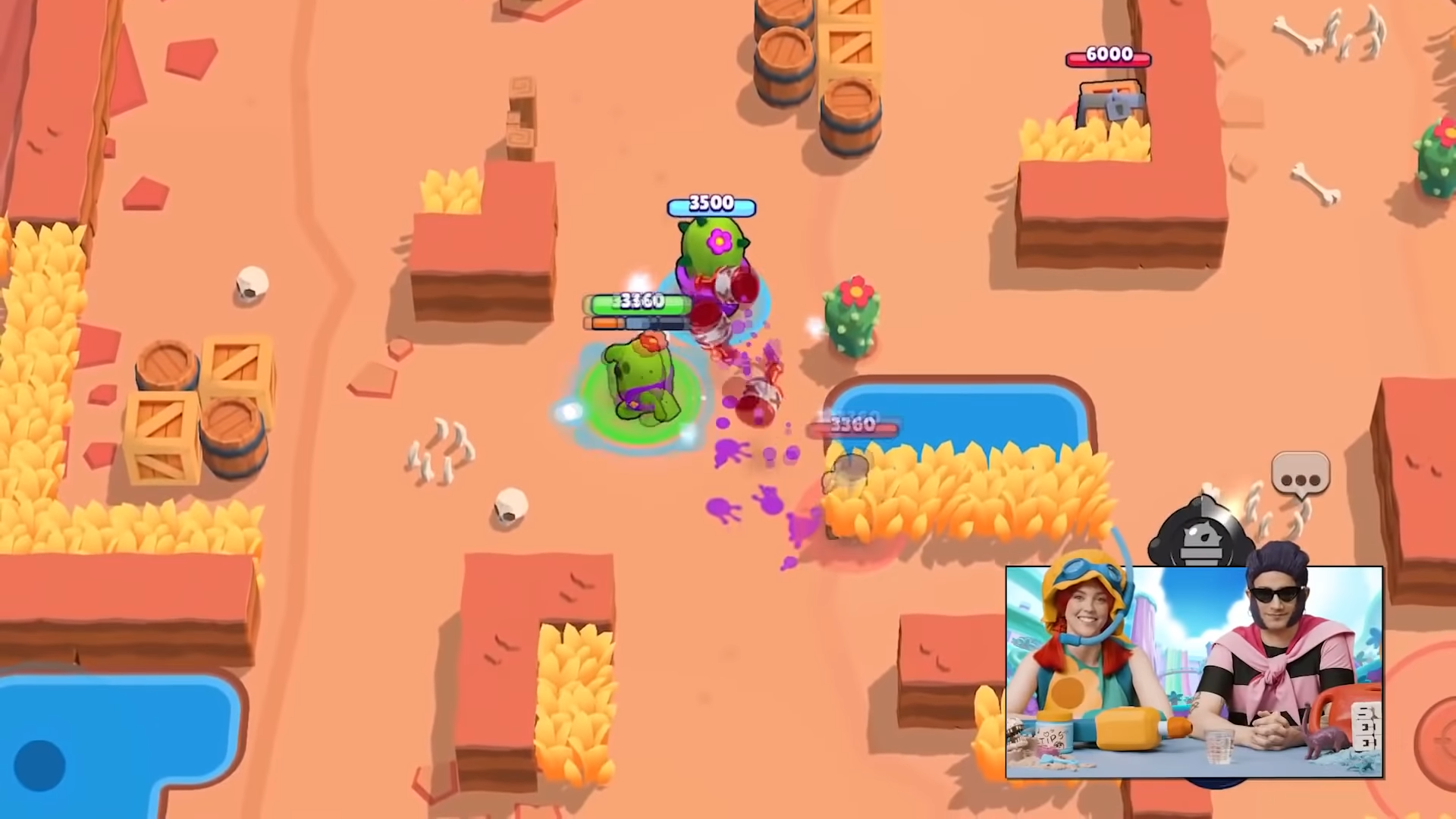 The appointment with the 10 new gadgets to be assigned to the new brawlers is back, we do not know for sure yet who they all are, but someone has already caught a glimpse of the Brawl Talk, including Sandy, Spike and Colonel Growl.

As soon as I have more information I will share some Sneak Peeks on the new gadgets and I will also explain how it works on Youtube.

Rubaregali returns but as a trophy stealer, so I want to put it in the obvious since it’s not a new game mode but just a rework.

The KO mode of Brawl Stars becomes permanent and we will find it in the monthly challenges probably. It is not a new mode so I put it as a matter of course.

As each update comes the Animated Reactions for Brawlers and this time they will add an extra rare Reaction for new Brawlers.

The monthly challenges are now becoming an integral part of Brawl Stars, almost every update we find at least 2-3 challenges to be completed to get free skins or chests and they also return in this update.

There will be 3 new monthly challenges in Brawl Stars which will give the possibility to redeem a new skin, a new brawler and a mega chest. 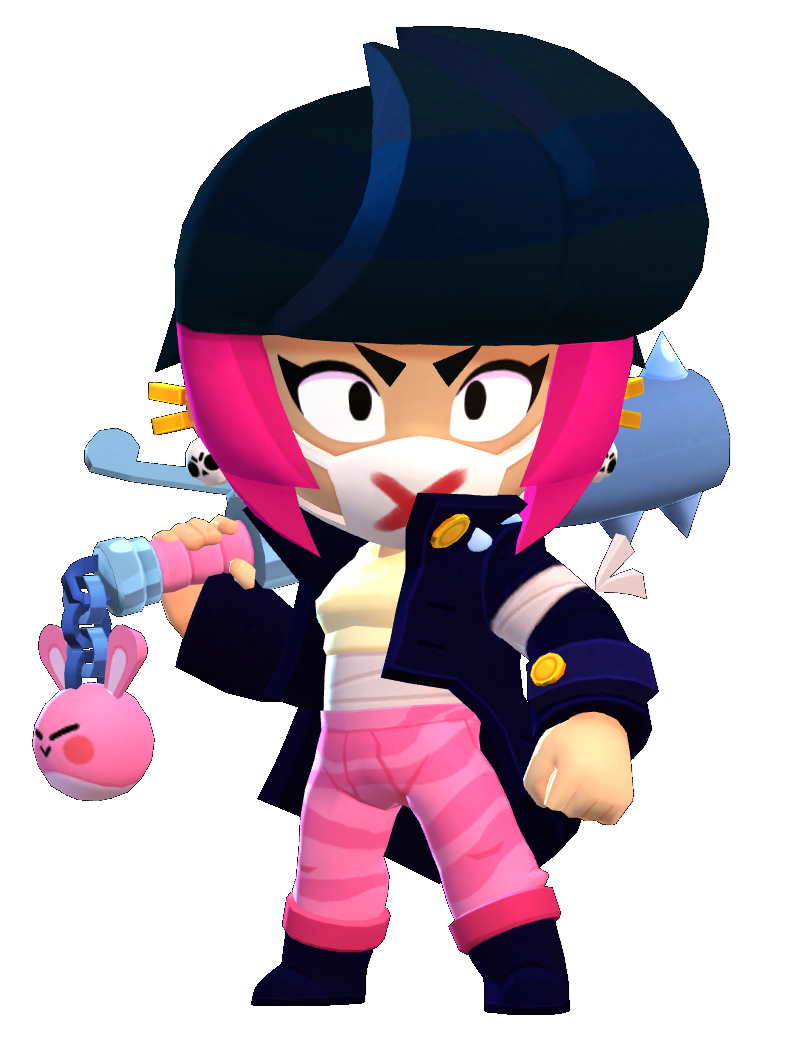 In the second monthly challenge, you can win the Bibi Ribelle skin;

A super news coming to Brawl Stars in the next update, are 3 new game modes! The first is Brawlavolo (similar to volleyball mode), then Basket Brawl (basketball mode where you have to make a basket) and the last event is Trophy Guardians (limited time), where the team that holds the trophy the longest wins the game. 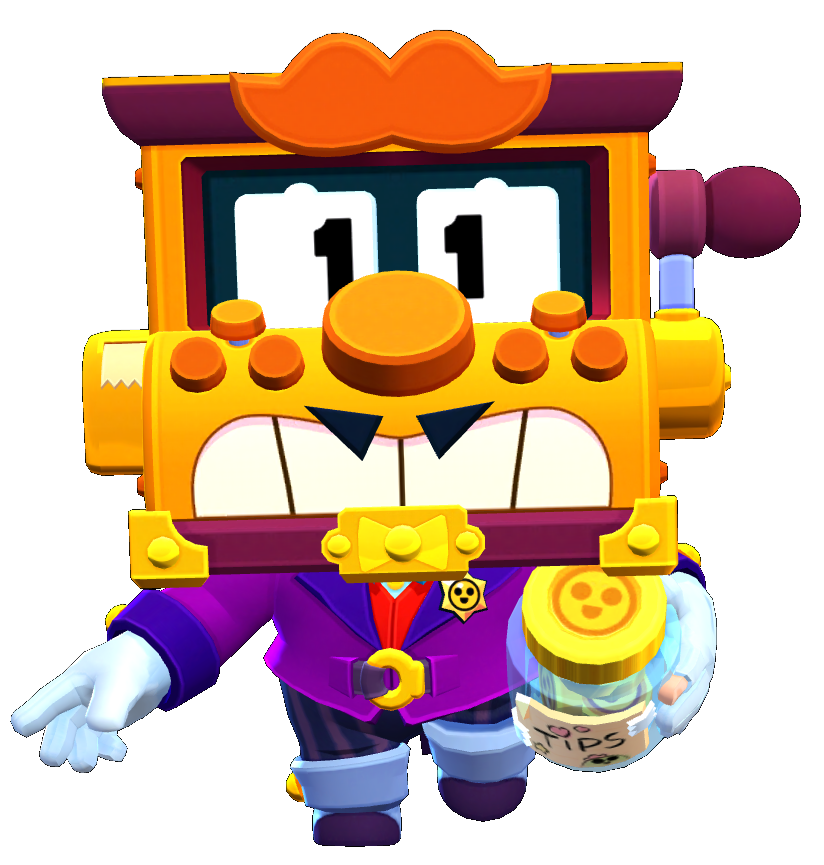 To know the features and functionalities of this brawler, I invite you to watch this video -> VIDEO

Special additions to the MAP MAKER

One particular thing that will surely make our lives full of fun, and I take this opportunity to invite you all to follow me in my TWITCH channel where I do live every afternoon, is the addition of in-game modifiers and new special items.

The modifiers will be:

As I said, however, there will also be new objects that can be placed in the maps of your map generator:

With these 5 innovations introduced, the Map generator continues its evolution for the creation of fun maps with which to play all together and have a good time. Of course I hope I never see competitive maps with these items.

Final report of the new update: News vs Obvious Things

Taking away all the obvious things we expected in the new update, we find ourselves as a novelty:

These 3 things are the current news of the next update and we will have to wait 2 months to see a new update.

Update rating? 6 full, because they respected the usual update standards and introduced some small innovations to improve the game, but they did not go further.

The devs of Brawl Stars will receive a lot of criticism as there will be another 2 months of calm on Brawl Stars waiting for something shocking, which has not arrived even this time.